cover reveal for 'i don't know how she will do it'

Blogger's Note: Today I'm pleased to share the cover for the re-release of blogger Kobby Tetteh Gyampoh's chick lit short, I Don't Know How She Will Do It. Look for the book Feb.13 on Amazon. 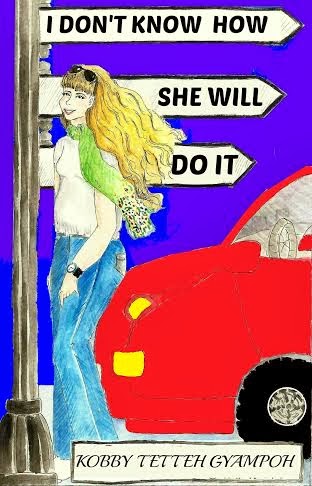 
Lily has had it with Aunt Lizzie. She wants her inheritance. She wants to be free. Aunt Lizzie wants Lily to find a husband, though she thinks it’s impossible. To her Lily could kiss freedom goodbye since it might be about the only person who’d allow that.

Join Lily in her quest for freedom as she poses as a couple with Clare behind a camouflage of flashy cars and cupcakes in order to get that inheritance. Follow this hilarious recipe of a low self-esteem girl, a sassy self-employed actress, an Aunt whose quotes would get you raising brows and two grannies who are willing to help low self-esteem girl. But watch out, one has a pistol which she stashes in her underwear. 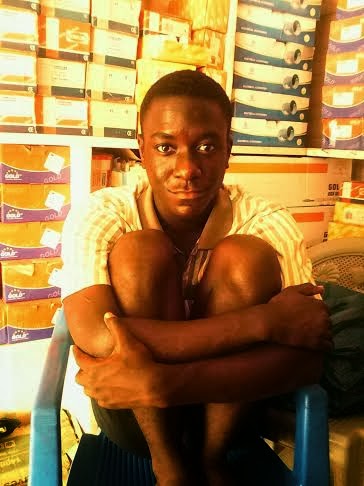 About the Author
First of all, KobbyTettehGyampoh, simply Kobby, hates referring to himself in third-person.

I just turned eighteen. I am Ghanaian and have always loved Chick-lit. My Chick-lit role models would be Sophie Kinsella, Marian Keyes, Janet Evanovich and Sarah Strohmeyer.

I was introduced to the genre when I was thirteen. Sarah Strohmeyer made the introduction with her Bubbles Series. Since I read Bubbles, I quit writing Harlequin-styled romances and have always considered myself-since then, a humor writer.

My biggest dream is to be an EIC to a lifestyle magazine someday like Kate White-for my obsession for Cosmo’s language since she was running as editor. But for now, I am good with studying English to break into Advertising someday.

I am currently working on my next title which is sort of a series like Cupcakes R US, but it’s based on the lives of editors, columnists and freelancers in a Cosmo-lookalike magazine. Which would be available in more formats than kindle. Epub, PDF, Docx, Doc, Mobi, PowerPoint. And oh, Paperback.