guest post and excerpt from jennifer vessells, author of 'life in plan b'

Blogger's Note: Jennifer Vessells stops by Change the Word as part of her Chick Lit Plus Blog Tour for Life in Plan B, and I asked her to share the biggest she learned from writing this book, and how has it shaped the way she'll work going forward. Be sure to check out an excerpt from the book at the bottom of the post. 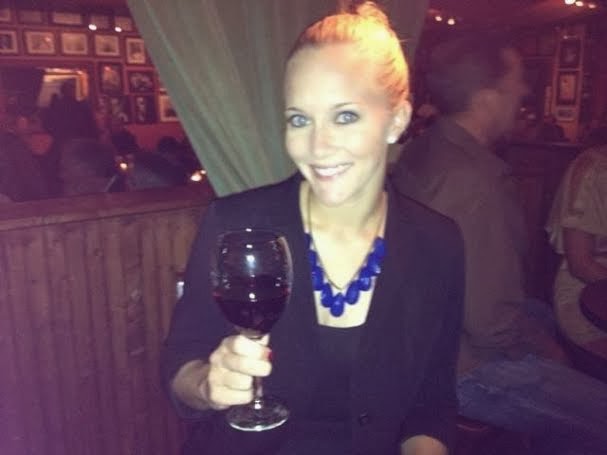 In writing this book, (especially given that it’s my first), I learned several lessons about both myself and the realities of my writing process. Out of all these learned lessons, however, I would say the biggest one was this: no matter how hard you try, you cannot force creative writing. It flows when it flows, and although I wish it weren’t true, it definitely doesn’t when it doesn’t.

At my former job as an attorney, I was able to churn out several pages of briefs and memoranda in a matter of hours, leading me to mistakenly believe that I could produce the same volume of words for my book in the same time frame. As I’ve slowly and painstakingly come to accept, creative writing is vastly different from legal writing. With legal writing, the looming deadlines and informative or persuasive nature of the writing made it easier to complete (if for no other reason than it had to be completed). I was rarely called on to draw on my own creativity, and instead always had a framework within which to write. With creative writing, on the other hand, there are no deadlines other than those I’ve self-imposed. Unfortunately, the lack of outside deadlines allows me to find endless excuses to procrastinate instead of write. And sometimes, even when I’m dedicated to writing, the ideas just aren’t there. It’s nice to have a rough word count goal each day to keep yourself on track, but without good ideas, a word count goal is easily thrown right out the window - and unrealistic goals only cause feelings of failure or frustration when not reached.

Adjusting to this reality has been difficult, and I am still learning how to keep my goals flexible without feeling guilty or frustrated when a week goes by without significant progress. It’s become increasingly difficult recently with the birth of my daughter - carving out time for writing feels like a cruel joke with a newborn in the picture! But, like I’ve done for the past year and a half, I will have to learn to change my routine and be flexible. Even if I only carve out twenty minutes a day for the next couple of months, it’s important to devote some time to my writing. After all, it’s what I love to do and why I’m working on my second women’s fiction novel as we speak!

I hope you enjoy Life in Plan B as much as I enjoyed writing it.

Excerpt from Life in Plan B 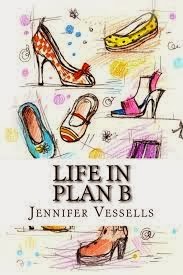 Two cleaned plates, a few sodas, and a whole lot of laughing later, the two of us leaned back in our chairs, too full to move. Although this was only my second real conversation with Nick, it felt like I’d known him for much longer. Talking to him was like talking to a close friend whose every significant life experience related to my own.

We’d both experienced traumatic break-ups (though I suspected his had been worse, given the length of time he’d been with his ex-wife and the obvious agony of going through a divorce); we’d both tried living in big cities, to no avail; and we’d both lost our fathers at too young an age. As it turned out, Nick’s father had left them by choice, picking up his life one day and moving across the country to remarry and never initiate contact again. I couldn’t decide which loss was more painful: one in which the person you care about most in this world experiences a horrific accident and dies as a result, or one in which the person who should love you more than life itself makes the conscious choice to up and leave you forever. Either way, both scenarios made my heart ache.

Groaning and rubbing his stomach, Nick looked at his watch with disappointment. “I’d love to stay and continue to ingest large quantities of food with you, but I have a meeting at two across town.” Looking at him sideways, I wondered why he needed to leave so soon – you could get anywhere in town in about twenty minutes.

“Well, what time is it?”  I asked curiously.

“Almost 1:40,” he replied in a tone that indicated he, too, thought the time had flown by fast.

“Wow!” I exclaimed in disbelief. “You better get out of here – I can’t believe it’s that late already!” Nodding his head in agreement, Nick stood up and grabbed his suit jacket from the back of the chair.

“I had a great time, Haley,” he said, throwing his jacket over his arm. Notwithstanding the fact that we’d talked about some painful past experiences, I’d had a good time, too. It was nice to talk about the loss of Dad with someone who’d experienced something similar. Empathy felt more genuine than sympathy and I was grateful for the chance to commiserate with someone who truly understood.  “Let’s get together and do this again,” he suggested. “I’m out of town this weekend, but how about sometime next week? Same day, different place? Perhaps somewhere without that scary lady?” I chuckled, but quickly stopped when I thought about where I’d be in a week. Incapable of hiding my emotions, Nick recognized the change in my expression almost immediately.

“I’m sorry,” he said quickly, running his hand through his hair nervously. “I’m just suggesting another lunch. No pressure; you can think about it and get back to me.”

“No, no,” I said, reassuring him that my suddenly clouded mood had nothing to do with him. “Next week is just a hard week for me. It’s the anniversary of my dad’s accident so I’ll be out of town – maybe we can get together when I get back?” Nick’s face fell as he looked at me.

“I’m so sorry, Haley,” he said softly. His hazel eyes were a light brown, circling his dark pupils like milk chocolate saucers. They regarded me with genuine concern. Checking his watch one more time, he stood at the table, seemingly conflicted over whether to leave me in my current state.

“It’s fine,” I assured him, shooing him with my hands. “You need to go or you’ll be late!  Seriously, go.” Studying me interestedly, Nick finally gathered his keys to leave.

“Okay,” he agreed hesitantly. “But are you sure you’re alright? I can easily cancel.” Shaking my head, I motioned him to go. I was honored that this sweet man was offering to cancel a business meeting to stay with me. I felt closer to him than I should have considering the fact that I’d only known him for a short time.

“Go!” I yelled loudly, standing up to follow him out. “I’ll text you when I get back and you can help me finish off a few pints of ice cream.” Satisfied that I was okay, Nick pulled me in for another hug. This time I’d been prepared and almost excited for the embrace. I let myself relax for the short second I was in his arms. It felt really nice.

“The ice cream will be ready when you get back!” He declared, releasing me and hurrying toward the door. I followed him out. “Bye, Haley!” He called. I waved at him as he rushed down the sidewalk.

As I watched him vanish around the corner of the street, my heart swelling at the sight, I wondered how it was possible for me to feel this attracted to two men simultaneously. It wasn’t common for me to develop strong feelings for one person, let alone two. This was uncharted territory, and I was hopelessly confused. About the Author
After practicing law for nearly three years, Jennifer Vessells decided to leave the practice to pursue her dream of being a novelist. After an intensive year and a half of writing, Ms. Vessells is proud to finally present her debut novel to the world - a story that's been marinating since her early college days.

Passionate about women's fiction and children's chapter books, Ms. Vessells plans to enjoy a long writing career. Keep your eye out for more exciting publications from this author in the future!

About the Book
When twenty-eight year old Haley Simpson, a sales associate for her best friend’s clothing boutique in Columbus, Ohio, begins a secret affair with the boutique’s potential New York City business partner, she digs a cavernous hole of deception that not only threatens to end her blossoming career, but to destroy a life-long friendship.

Jennifer Vessells's debut novel, Life in Plan B, encompasses everything classic chick lit should: the dynamics of friendship, the nuances of high-reaching career aspirations, and the struggles – both usual and unique – presented by romantic and familial relationships. An entertaining story at every turn, Life in Plan B is identifiable for readers of any age. In short, Ms. Vessells hits her debut novel out of the park!