soundtrack to 'vegas to varanasi'

Blogger's Note: I'm pleased to welcome Shelly Hickman, who is on her Chick Lit Plus blog tour for her novel, Vegas to Varanasi. Today, Shelly is sharing her soundtrack for the book and an excerpt. Enjoy!


Soundtrack for Vegas to Varanasi
By Shelly Hickman

When Laura suggested the idea of creating a soundtrack for Vegas to Varanasi, I thought I might have a hard time coming up with more than three or four songs. But then I got a little carried away, as you will soon see. LOL.

“Melt With You” by Modern English
This is Anna and Luke’s song from high school, and they share a blast from the past when they dance to this tune at a wedding reception.

“Dress You Up” by Madonna
While Anna and Kiran share a dance at his mother’s birthday celebration, Anna jokes about having had a Madonna phase during high school.
I love how the mini Madonna’s pile out of a station wagon in the beginning of this video. Yeah, you’d get a ticket for such irresponsible parenting these days.

“My Eyes Adored You” by Frankie Valli
I see this as Kiran’s serenade to Anna, since he loved her from afar when they were young, from the moment she got lippy with some jock who enjoyed tormenting him.

“Imagination” by Frank Sinatra
In my opinion, no romantic comedy is complete without a track from the Swing era, whether it be Sinatra, Bennett, or Bublé, as you’ll see again in the final track below. When Anna begins to suspect Kiran has a thing for her, she tells herself it’s just her imagination.

“Safe and Sound” by Taylor Swift
Yes, I will be including two Swift songs here today, but this selection is perfect for the scene when David asks Anna to sit with him the night his father dies, because he doesn’t want to be alone.

“Mera Mann Kehne Laga” by Falak
I had to include a Hindi song in my playlist, and admittedly, I’m unfamiliar with the music. However, I found this song and LOVED it. It was listed as a Hindi song, so I’ll feel really stupid if it isn’t. I have no idea what it’s talking about, but the video is too cute. I tried using Google Translator to learn the words, but couldn’t get it to work. Anyway, I digress. It has such a light, happy feel to it, and I can just picture it running in the background as Anna and Kiran walk along the ghats in Varanasi.

“Boom” by Anjulie
Anna performs a silly little striptease for Kiran to this tune.

“We Are Never Getting Back Together” by Taylor Swift
This has to be Anna and David’s song because when David realizes their break-up isn’t really what he wanted, Anna has to deal with his repeated attempts to slip back into her life.

“The Best is Yet to Come” by Tony Bennett
This tune must play the closing scene of the story, perfect for a Happily Ever After.

I hope you all enjoy the selections, and thank you for having me, Laura! 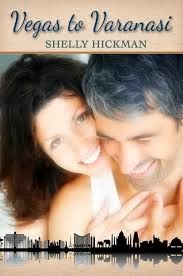 I have the most difficult time looking directly at Kiran. For someone who comes off as reserved and somewhat shy, he has no problem with the constant eye contact. In fact, I can feel his gaze on me at this moment.

“You know, you make me very nervous,” I admit.

“I make you nervous?” He gives me an incredulous stare. “I don’t mean to make you uncomfortable, Anna. I know that you’re in a relationship.”

That’s another thing about Kiran. He seems to say my name a lot when we speak. Most people don’t do that.

“Well, no... I’m not, actually. Not anymore. And I didn’t say you make me uncomfortable. I said you make me nervous.”

“I’m not in a relationship. David moved out a couple weeks ago.”

His hand slides from my waist to my upper back, like he might pull me in for a hug. He looks into my face with concern and squeezes my hand. “I’m sorry.”

“I’ll be fine,” I reply promptly. “These things happen.”

I expect him to conclude our dance when the song ends, however, we continue through the next song, neither of us saying anything for some time. I move in a little closer to him, mostly to avoid the intimate gazes.

My stomach is in knots. By all appearances, Kiran is attracted to me. Either that, or he truly is hiding out on the dance floor to avoid Miranda.

But no, he’s given me this feeling each time I’ve seen him. At my office, that day at Starbucks, even a little at the wedding reception. Though, I didn’t want to admit it when Luke made his comment about Kiran being “smitten” with me.

Pft! Anna, you’re crazy. There’s no way someone who looks like Kiran...

“I was just thinking.” He breaks into my thoughts. “About something else I’ve always remembered about you from high school.”

“Please tell me this isn’t going to be about my Madonna phase. If so, be kind.”

Kiran purses his lips together, as if he’s considering that visual. “No, not about your Madonna phase, which sadly, I missed.”

“I’d like that.” He gives me an appreciative chuckle. “But what I remember is that there was this one student who, I think, must have been autistic. I never knew his name.”

I nod because immediately I know who he’s referring to. “Yes! His name was Benny!”

“Benny? Well, Benny almost always sat by himself in the cafeteria. In fact, he seemed to prefer it. But I remember seeing you, on several occasions, go over and talk to him. Once, you even managed to get him to join you and your friends.”

I smile at the memory. “Yeah, I think after that he decided there was a little too much estrogen going on at that table and it wasn’t for him.”

When I look up, Kiran is regarding me so intently, I swear he’s mentally calculating the diameter of my pupils. “It was truly exceptional, for someone your age to be so compassionate toward others.”

This is becoming far too intense. My insides feel as if they’re playing musical chairs. “I could really use a drink. You?” 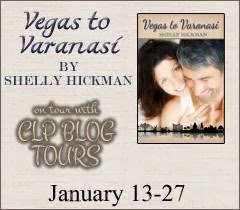 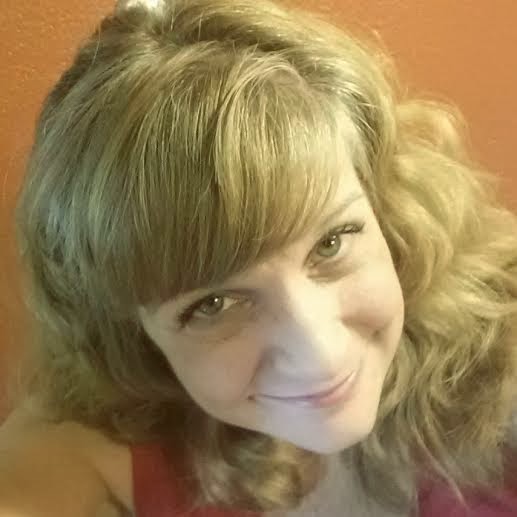 Living in Las Vegas since she was two, Shelly Hickman has witnessed many changes in the city over the years. She graduated from UNLV with a Bachelor of Art in 1990, and in her early twenties worked as an illustrator for a contractor for the Nevada Test Site. In the mid-90s, she returned to school to earn her Masters degree in Elementary Education. She now teaches computer applications and multimedia at a middle school in Las Vegas. She loves to write about people, examining their flaws, their humor, spirituality, and personal growth. Shelly lives with her husband, two children, and their dog, Frankie.

About the Book
Anna has never been the beautiful one; she’s always been the nice one. So when the gorgeous man sitting across the table at a wedding reception remembers her from high school—and quite fondly at that—she’s taken off guard.

Formerly overweight and unpopular, Kiran has never forgotten Anna, the one person who was kind to him when no one else could be bothered, and Anna’s a bit flustered as she slowly comes to grips with his intense attraction for her.

In what feels like a romantic dream come true, all-grown-up, hunky Kiran invites Anna on a trip to Varanasi. But her troubled, whack-a-do ex-boyfriend starts interfering, creating drama at every turn, which begs the question, “Can nice girls really finish first?”