excerpt of 'storm in a b cup'

Blogger's Note: Lindy Dale is on tour for her novel Storm in B Cup. I'm pleased to share this excerpt with you, today. Be sure to scroll to the bottom for your chance to enter the Rafflecopter contest. 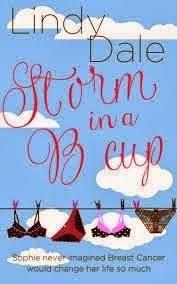 “It’s my funeral. If I want you to play Bon Jovi as they wheel my body away to be cremated you’ll do it.”

The horrified look on Brendan's face says he'll do anything but. “People will laugh.”

“I want them to. I want a funeral where everyone stands around and remembers the funny things I did, and then they get really pissed."

Sophie Molloy has Breast Cancer. She didn’t think it was cancer to begin with, she thought it was another cyst. She also didn’t think it would be the catalyst for a series of life changing events, none of which involved chemotherapy. Within months of her diagnosis, Sophie loses not only her right breast but her boyfriend of three years, her house and her best friend. Her life spirals from great to bad, then ugly. Nothing can make it better, not even the crazy care packages her mother keeps sending from Melbourne.

To make matters worse, Sophie fears she’s developing a crush on the plastic surgeon that will be reconstructing her breast. Dr. Hanson has the bedside manner of an angel and the looks to match. He’s so caring and compassionate, Sophie begins to believe he cares about her in a most non-doctor-patient kind of way. But he doesn’t, of course. He’s merely her doctor. Or does he?

A fictional tale, based on the author's medical journey with the disease, Storm in a B Cup is a warm-hearted glimpse into the world of a Breast Cancer sufferer that will have you laughing out loud.


About an hour later, Brendan arrives home late from squash to find me surfing the net on the new TV. Having located the last stash of chocolates — which I’d hidden so well even I couldn’t find them in the first search — I’ve demolished the lot, washing them down with a bottle of red. I’m feeling a little bit tipsy. Or it could be a sugar rush.

Raising his eyebrows at the coffee table, which is littered with wrappers and bearing a couple of wine rings, Brendan screws the papers into a tight ball and takes them and the empty bottle to the kitchen. He returns with a sponge, which he uses to wipe the table before returning it to its plastic bowl under the kitchen sink.

“Are you drunk?” he asks, returning to the room.

“Probably not. I’ll have a massive hangover in the morning.”

I glare at him. Since the first traumatic days of my diagnosis, Brendan appears to have returned to his old self. Yes, he’s sporting a lot of new ties and at odd moments, I catch him studying me with a sad look on his face, but I think he’s trying to support me as best he can by acting as normally as he can. Which would of course, include chastising me for drinking too much and making a mess on his coffee table.

He walks around the sofa and flops down beside me. His body is clammy from his game of squash and his hair is standing in jagged spikes on top of his head. Somehow, he still manages to look devastatingly handsome.

“What’s this?” Brendan picks up my To Do list.

“A few things I need to sort out.” I try to snatch the list away but he holds it at arm’s length and begins to read.

“You don’t think I’d let you be in charge do you?”

With the piece of paper in his hand, Brendan gets up and heads for the fridge. He pulls out a bottle of water and drinks half before wiping his mouth on the back of his hand. He slings an arm over the open door. “Why are you planning your funeral?”

“In case I die on the operating table.”

“You’re not going to die on the operating table.” Shaking his head, he finishes his water and takes a three point shot at the recycling bin.

Brendan comes back to the sofa and picks up a second piece of paper from beside me. It has a heading entitled ‘Sophie’s Funeral’ and a page-long dot-pointed set of ideas. His eyes scan the page and he shakes his head again.

“I’m not playing Bon Jovi at your funeral, Soph.”

“It’s my funeral. If I want you to play Have A Nice Day as they wheel my body away to be cremated, you’ll do it.”

“I know. I want people to be happy. That song makes me happy. Speaking of which, I want U2 as well. Walk On.  And P!nk, Bad Influence while you do the photo montage.”

“I want them to. People shouldn’t cry because I’m gone. They should have a wake where everyone stands around and remembers the funny things I did and then they get really pissed. I do not want crying and I definitely don’t want you to sprinkle my remains in some tacky rose garden somewhere.”

“Where will I put you then?”

“In an urn on the mantel. Then I can heckle you when you put the moves on a new woman.”

He takes another look at the list. “They can’t sew your boob back on after you die.”

“Why? It's no good to anybody but me. The surgeon’s going to sew me up anyway, so I don’t see the difference.  It doesn’t have to be neat sewing. It just needs to be there so I’m complete and look nice in my death outfit.”

“Maybe you should discuss that with the doctor next Thursday.”

I snatch the pieces of paper from him. “All right. I will. I might get a sensible answer from her.”

I put the list aside and glancing at my watch, I pick up the phone. I scrawl another item while I wait.

“Hello? Anna? This is Sophie Molloy. I was wondering if you could fit me in for a full body wax, mani-pedi and an eyebrow wax and tint before next Thursday?”

Brendan’s mouth has hit the carpet. “You’re going to hospital, not the Oscars,” he hisses.

“Shhh!" I hold my hand up and turn away so I can't see him making faces at me. "One o’clock will be great. Thanks Anna. Yeah, see you then.” I hang up the phone and calmly scratch an item off the list.

The only thing I need now is luggage. I really need luggage.

“Sophie!” Brendan snatches the remote from me and turns the TV off. I can see he’s getting annoyed, so I try to give him my attention.

“How much have you spent? So far?”

I do a quick tally. “Roughly eight hundred.”

“You do understand that’s two plane tickets to Melbourne?”

“Says the man who spent a small fortune on technology the other day.”

He gives me the look.

“I’m going to hospital. I need to look my best. People are going to see me naked.”

“I’m pretty sure they’ve seen naked people before. They won’t care if your toes aren’t buffed."

"I know, but I will. If I’m going to be unconscious in an operating theatre with a bunch of people I don’t know, I won’t be giving them any excuse to talk about me, except to say how pretty my hair is.”

My lip starts to wobble when I hear how incredibly shallow I sound and I collapse into Brendan’s arms. Sobbing.

“It’s okay. I understand. You can’t control the cancer, so you’re trying to control everything else in your life. You don’t like not being in control.”

“Are you saying I’m a control freak?”

He pauses for a minute, knowing that his sex life hangs in the balance here. If he says the wrong thing, I could cut him off. For a very long time.

“I’m saying you like to be organised and this has thrown you for a loop. You can’t orchestrate this part of your life. You have to let the professionals do their job.”

I understand what he’s saying and he’s perfectly right. I am an organiser. But I like things to be a certain way. That’s me. I reach up and peck his cheek. I feel so much better now I know I’m not having some sort of pre-op breakdown.

“If you don’t play Bon Jovi at my funeral, I’ll come back and haunt you while you’re having sex.” 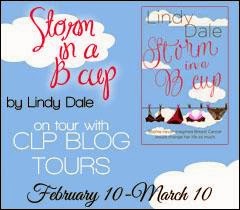 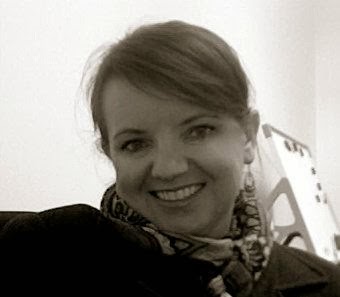 Lindy has been writing in the genre of Chick Lit & Women's Fiction for the past ten years but has also tried her hand at a paranormal romance in the book, Angel’s Bend. Chick Lit remains her main love.