interview and excerpt from traci andrighetti 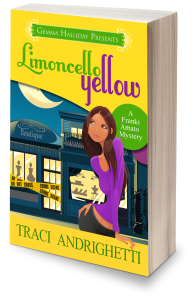 Change the Word: What was the biggest challenge you faced?
Traci Andrighetti: Not knowing the basic components of a chick lit mystery. So, I enrolled in an online chick lit writing class, and it was one of the smartest decisions I’ve ever made.

CTW: How did you come up with the title?
TA: I was inspired by the titles of Italian author Gabriella Genisi. She writes this amazing series about a sexy police inspector named Lolita Lobosco, and her titles always have fruit in them. So, I decided that I wanted to have an Italian liqueur or wine with a color. Once I decided to start with Limoncello, the Yellow was a no-brainer.

CTW: How do you get in the mood to write?
TA: With a double soy latte! Unfortunately, I can’t drink coffee very often. So, I have it once a week on Saturdays when I sit down to write. And it really gets me going!

CTW: If you were stranded on an island (with no electricity), but could take three books to read to pass the time while you wait for rescue, what would you pick?
TA: Andrea Camilleri’s Il cane di terracotta (The Terracotta Dog), Janet Evanovich’s One For the Money and Johann David Wyss’ The Swiss Family Robinson

CTW: What literary character would you like to be your best friend?
TA: Oh, Bridget Jones. Without a doubt. I would freaking LOVE to party with her in London.

CTW: Who is your literary crush?
TA: No particular character comes to mind, unless you count the crush I had on Nancy Drew’s boyfriend Ned Nickerson when I was twelve. LOL! But as a devoted royal watcher, I have a secret crush on Meg Cabot’s The Princess Diaries.

CTW: What is the best book you've read recently?
TA: I lost years of my pleasure-reading life when I went back to graduate school to get a PhD. So, right now I’m catching up on a lot of “older” books that I missed. I just finished Kyra Davis’ Sex, Murder and a Double Latte and loved it

CTW: What inspires you to keep writing?
TA: I just really enjoy doing it. After working all week as a writer and editor at my day job, I can’t wait for the weekend so I can write—i.e., let off pent-up creative steam.

CTW: What's up next for you and your writing career?
TA: Well, I signed a two-book deal with Gemma Halliday Publishing for the Franki Amato Mystery series. So, right now I’m writing the second book, Prosecco Pink. Check out the book blurb on my website: traciandrighetti.com!


As I surveyed the scene at what looked eerily like the Bates Motel, I was shaking so badly from the cold and fear that I was afraid the gun in my holster would fire on its own. I longed for the cozy fire and protective embrace of my boyfriend that I'd felt as we'd exchanged Christmas presents just hours before.

"Folks, you need to go back to your rooms immediately," Officer Stan Stubbs announced to the crowd of curious motel guests that had gathered.

When the onlookers began to disperse, the woman in room six began moaning again. According to 911 dispatch, she had been in distress for at least half an hour.

I gave an involuntary shiver and wondered what kind of animal would want to cause a woman pain that produced that sort of moaning.

"Something about this doesn't feel like a regular domestic abuse situation," Stan said, drawing his gun. "We need urgent backup, Franki."

I nodded and grabbed the radio from my belt. "I have a 10-39 at the Twilight Motel on Manor Road. Request backup."

I put the device away and drew my gun. Then I hurried over and took my place on the opposite side of the door from Stan.

Stan was my partner on the Austin PD. As a rookie on the force, I'd been paired with a seasoned veteran of the department. Even though we'd spent the past six months together, I'd learned little from Stan except that he had a "wifey" named Juanita who worshipped the ground he walked on, he valued his handgun collection more than he did his now adult children, and he suffered from chronic gastrointestinal distress. And despite his self-proclaimed "legendary instinct" for cracking cases, he was perpetually baffled by his stomach issues even though the culprit was clear: a steady diet of jelly donuts and chorizo, bean and cheese breakfast tacos that he washed down with a gallon or so of coffee and Gatorade (Did I mention that he was also chronically dehydrated because of the diarrhea?). Needless to say, he spent the better part of every shift visiting the nearest men's room.

Ignoring my concern, Stan grasped his gun with both hands and slammed his right shoulder into the door. It flew open instantly, and he stormed into the room. "Police! Hands in the air!"

As I rushed in behind him, my gun drawn, the woman let out a hair-raising scream.

"What in the hell?" Stan shouted.

I followed his gaze to the bed, and a chill went through my body.

I blinked hard. Was it my imagination playing tricks on me at 4:30 a.m., or was one member of that couple horribly familiar? As in, exchanging-gifts-by-a-cozy-fire familiar.

"Vince?" I said, my voice barely above a whisper as I stared at my boyfriend of over two years.

He looked at me like a deer caught in the headlights. "Franki?"

Make that, like a cheating rat caught in the act.

Stan looked from Vince to me. "You two know each other?"

I nodded, unable to speak. The chill that I'd felt initially had turned to a dull aching pain, and all I wanted to do was run from the room and cry. But I couldn't because I was on duty.

"I'll let you take it from here, Franki," Stan said as he rushed into the bathroom and slammed the door.

No sooner had he left the room than the woman leapt from the bed—all 6' 5" or so of her—wearing nothing but her outrage. "Zis invazion iz illegal in Deutschland."

"All right Franki," Vince began in a patronizing tone, "no crime has been committed, so why don't you put the gun down? Then we can all talk about this like rational adults."

No crime? Rational adults? The dull pain was quickly turning to red-hot anger. Before I could think it through, I shouted, "If you think for one minute that I'm going to sit down to chat with you and your German whore here—"

The furious fräulein kicked the gun from my hand, and I watched in what seemed like slow motion as it flew under the bed.

"Oh, so now you're worried about my well being, Vince?" I asked, backing away from the German giantess. Now that I'd mentioned it, I was a little worried about me too. She was squatting down low with her hands raised, like she was going to make mincemeat of me. 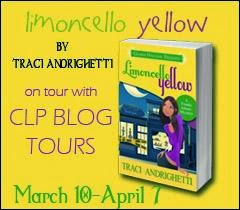 About the Book
From debut author, Traci Andrighetti, comes a tale of murder, mayhem, and meddling Sicilian grandmas...

Francesca "Franki" Amato is a tough-talking rookie cop in Austin, Texas—until an unfortunate 911 call involving her boyfriend, Vince, and a German female wrestler convinces her once and for all that she just isn't cut out for a life on the police force. So Franki makes the snap decision to move to New Orleans to work at her friend Veronica's detective agency, Private Chicks, Inc. But Franki's hopes for a more stable life are soon dashed when Private Chicks is hired by the prime suspect in a murder case to find out what really happened to a beautiful young boutique manager who was found strangled to death with a cheap yellow scarf. When she's not investigating, Franki is hoping to seduce handsome bank executive Bradley Hartmann, but most of her time is spent dodging date offers from a string of "good Italian boys"—make that not-so-good aging Italian men—that her meddlesome Sicilian grandma has recruited as marriage candidates. As Mardi Gras approaches and the mystery of the murdered shop girl gets more complicated, Franki must decipher the odd ramblings of a Voodoo priestess to solve both the murder and the mystery of her own love life. 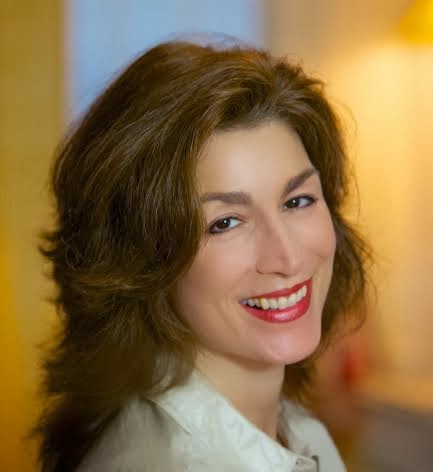 Traci Andrighetti is the author of the Franki Amato Mystery series. In her previous life, she was an award-winning literary translator and a Lecturer of Italian at the University of Texas at Austin, where she earned a PhD in Applied Linguistics. But then she got wise and ditched that academic stuff for a life of crime—writing, that is.

If she's not hard at work on her next novel, Traci is probably watching her favorite Italian soap opera, eating Tex Mex or sampling fruity cocktails, and maybe all at the same time. She lives in Austin with her husband, young son (who desperately wants to be in one of her books) and three treat-addicted dogs.