interview and exerpt with faerl marie

Blogger's Note: I'm pleased to host Faerl Marie as she kicks off her Chick Lit Plus blog tour for The Golden Apple. Be sure to check out the rest of her tour stops for more fun. 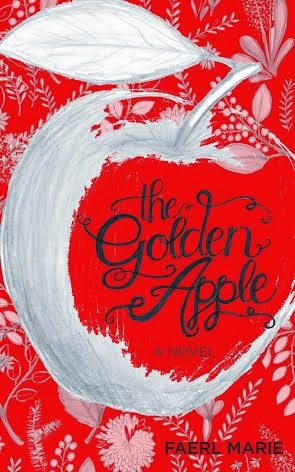 Change the Word: What was the inspiration for this book?
Faerl Marie: I met someone for the first time, spent a little time working side-by-side with him (in a completely platonic and friendly way) and two days later he told me he was in love. I didn't really believe it and it didn't matter anyway (I was/am married and flew home the day after so...) but it made me think about the possibility of someone falling in love without any real history and then staying in love over a great distance and period of time. Also, I've been married to my first love for many years and I often think about what I would do if my husband died. I'm still young so I hope that I could move forward but I've only ever loved him and I'm sure that loving someone else would be different and in some ways unrecognizable to me. I wonder how I would cope with that and if I could ever feel as deeply in love with another or really trust a different type of love. The novel evolved from those two thoughts.

CTW: What did the writing process look like?
FM: It was very inconsistent. I'd have days were I sat down to write with my first cup of coffee and then got a chill and realized my legs were asleep, I was parched and the sun was setting and I hadn't moved from my laptop. Then there were days were I did everything I could think of to get up from the computer and distract myself from the lack of flow. I'll go weeks without ever having a block and writing everyday because my mind is bursting with it the moment I stop and weeks of ignoring it for lack of inspiration. I'm trying to get more consistent but there are still really easy times and really dry times. The editing process happens in 3 stages for me once I finish the first complete draft (by which time I've edited the previous pages several times already). First, I read the entire thing, going through and adding where there are holes or inspiration strikes and deleting the glaring flaws. Second, I print the manuscript and go through with a pen, edit and then transcribe all the changes. Third, I give the manuscript to a few people (personal and professional) who will edit and share their insights with me, then I transcribe all that.

CTW: What surprised you most about the writing process?
FM: How one day could be so easy, writing upwards of 6,000 words before lunch and other days it felt like a miracle if I could get 1,000 words before bedtime.

CTW: Finish the sentence: I can't write unless I have...
FM: My laptop, a cup of coffee or coconut water (with pulp) and a movie or music playing in the background.

CTW: Who is your biggest fictional book crush? Why? 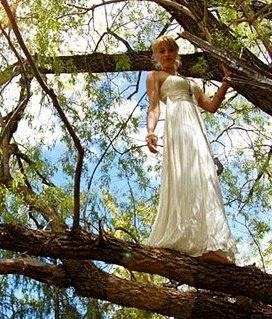 FM: Mr. Darcy! He is so intent and I like that character in people. I also love that he was willing to look inside himself and admit to his prejudice and make an effort to change that for Elizabeth and  he's confident and sexy! I think my husband shares a lot of Mr. Darcy's traits.

CTW: If you could be any fictional character for one day, who would you pick and why?
FM: I recently read the second Ishmael book by E.D.E.N. Southworth. I'd love to spend one day as Bea. She has more virtue and truth than most others and it seems to be a wellspring for joy in her life. I'd like to experience that for a day to try and replicate it in my life. Ishmael is a really great book that not many people have heard of. I highly recommend it!

CTW: What are the three most worn-out books on your bookshelf?
FM: Pride and Prejudice, The Great Gatsby, and my Bible.

CTW: What else is going on in your writing world?
FM: I'm actively working on two novels--a chick-lit, murder mystery and a more literary piece about three friends who are dealing with the evolving dynamic of their relationship as they become adults with different lives.

Excerpt of The Golden Apple


Before her husband died, Poppy had rearranged the furniture every few months—taking tables from one room and moving them to another, repainting walls, changing bed linens. Since he’d gone she hadn’t moved a single thing. The house was a museum to his last few weeks of life, like those houses that are furnished and set to look like they would have been when Benjamin Franklin had walked the halls or Emily Dickinson had written lines.

She didn’t think Josh was coming back or anything quite that delusional, she just wanted to be able to imagine him in their home the way he had actually been. If things changed it was like he’d never been there. He'd never sat on the sofa facing that wingback. He’d never eaten a meal in their kitchen painted blue. They hadn’t slept together under a green duvet. She was ready to leave their home, but not his memory in it. She slept fitfully her last night in their bed, thinking about what her life meant without him. They’d been together for so long that she could hardly imagine who she would be if she weren’t busy being his wife and partner.

It was like her first year in college, trying to decide which major to choose and imagining what her life course would be like if she were a design, business, marketing or public relations major. She would sit for hours in the grass that looked onto the quad and daydream about what her life could look like. Even after she chose PR she would think about all the what-ifs. She couldn’t do that with Josh. He was so crucial, so foundational and critical to what her life and who she turned into that it wasn’t possible to think of herself without him.

Poppy dreamt that she was walking with Josh through their pasture but he kept walking faster and faster. She asked him to slow down but he only turned to her and smiled. He crested the top of a hill and she lost sight of him. She ran to the top and looked over into the valley below but he wasn’t there. She woke up clammy and out of breath. 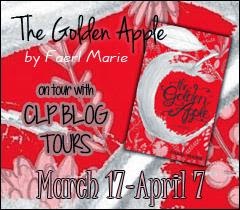 About the Author
Faerl Marie is a graduate of the University of New Mexico with a Bachelor's degree in Psychology and minors in English and Social Welfare. She has worked as a style consultant, personal shopper and wardrobe curator, among other things. Faerl Marie spends her days writing, dreaming about new stories and characters, walking her dog and adoring her husband. She lives in the idyllic mountains near Santa Fe, New Mexico. The Golden Apple is her first novel.

About the Book
MEET POPPY PARKER, a recent widow who knows she must move forward but has no idea which direction to take. To start fresh, Poppy moves from her idyllic home in Georgia to the grimy glamour of New York City to open up her own boutique and find a way to live and love without her husband.

Austin Bandy has been in love with Poppy since the moment he laid eyes on her years ago, right before her wedding. Now she is back, grieving and broken hearted by her nearly-perfect husband’s death—not Austin’s ideal romantic situation. He needs to wait for her to recover but not so long that someone else has the chance to move in and sweep his dream girl off her feet and keep him as a “good friend” forever.

Poignant, hopeful and fresh, Faerl Marie’s enchanting debut novel will have you hooked and ready to pursue your own hopes and dreams the moment you turn the final page. The Golden Apple is a charming and fashionable novel about loss, love and moving on without betraying your self, your past or those you love.