Blogger's Note: I'm pleased to welcome Lydia Laceby to the blog as part of her tour for Redesigning Rose. Check out Lydia's other stops on the tour and scroll to the bottom to enter a Rafflecopter. 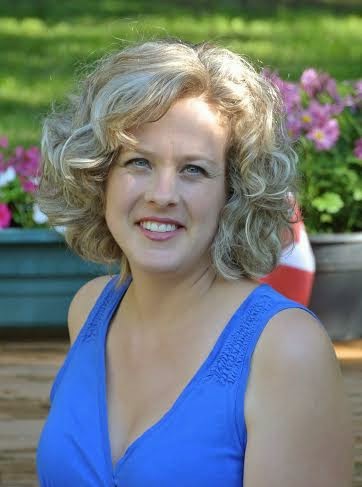 Change the Word: What was the most important lesson you learned while writing this book?
Lydia Laceby: That I can do anything I put my mind to!

CTW: What was your biggest obstacle during the process, and how did you overcome it?
LL: Patience! I wanted it finished and published so many times, but it wasn’t ready. I didn’t want to release something I knew wouldn’t be my best work so I reworked it, I gave it to more beta readers, and I hired an editor. Eventually I reached the proofreading and publishing stage and my patience paid off because every round of edits (thirteen in all!) made Redesigning Rose stronger.

CTW: Finish the sentence: When I sit down to write I need my...
LL: Laptop, Scrivener and a window, because Scrivener is a lifesaver for my chronic unorganized chaos and my muse demands a view with sunshine, particularly during out long Canadian winters.

CTW: What is the best piece of writing advice you ever received?
LL: Show, don’t tell. I know, I know, we’ve all heard it before, but this advice came to me regarding my main character observing other characters: She looked sad. His angry look. Well, how did he look angry? Did he clench his jaw or have wild eyes? Did his cheeks flame red? Did he slam his hand down on a table, shout or whip a vase across the room? What about her sad look? Did her brows furrow together, did she have tears in her eyes, did her frown meet the floor, did she refuse to make eye contact? This advice was invaluable.

CTW: Where do you find inspiration?
LL: Anywhere and everywhere! I’m finding inspiration more and more in my daily life. Ever since I began writing in earnest five years ago I’ve become a vigilant observer (unless I’ve got my nose in a book!) I watch everything, and so much of what I see and hear gets flagged and cataloged somewhere in my writer brain for future use, particularly unusual quirks, habits, and uncharacteristic actions.

CTW: What literary character do you have a crush on?
LL: Jack Jackson from Pillars of the Earth. I fell in love with him when I read the book at fifteen and have loved him more with every re-read. You never forget your first.

CTW: If you could spend a day shopping with any three book characters, who would you pick and why?
LL: Carrie Bradshaw, Angela Clark and Bridget Jones. These are some seriously fun ladies and I grin just thinking about the trouble we’d get into.

CTW: What was your favorite book growing up?
LL: Just one favorite? Are you insane? Are You There God, It’s Me, Margaret? Anything Sweet Valley High and Flowers in the Attic.

CTW: What's up next for you and your writing career?
LL: My next big adventure, besides Book Two which I’ve been working on for a while, is that I’ll be attending Book Expo America in NYC at the end of May. This is another dream come true.

CTW: Is there anything else you'd like to add before we say good-bye?
LL: Thank you for having me and for your wonderful questions! 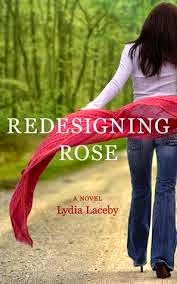 Two women shoved strollers through the tight seating arrangement in Starbucks before disappearing to order. One peek at the pink bundles and all the enthusiasm I had acquired with Abby evaporated.

I glanced at the mothers. Oblivious, they ordered their mocha frappuccinos. I could have been a crazed baby snatcher. I peeked back at the babies, desperate to stick my nose in their strollers and breathe in their powdery scent.

The women returned and I forced a brief smile to cover my interest, refusing to strike up a conversation about their pink bundles. They resumed rocking the strollers and began an incessant comparison of infant accomplishments.

Blocking out their conversation proved impossible. First smiles and roll-over ages punctured my ears. I wished I had my iPod.

“Shit,” I cursed under my breath. My iPod was still at home, my old home.

The stroller mommies whipped around and glared as if their babies could pick up swearing at six months. I tucked my nose back into my coffee. Now that would be something to brag about.

A blast of heat washed over me when the door opened. I breathed a sigh of relief. The two women who entered were stroller-less. They weren’t even sporting watermelon stomachs.

Then again, maybe there were worse things than gurgling babies or pregnant bellies.

“And he’s still smoking and drinking?” replied the redhead, her over-plucked eyebrows reaching the ceiling. “At least my hostile uterus is my own issue and I can control what I do. Charles would never change anything. Thank God our fertility issues aren’t his problem.”

The blonde sighed, ordered, and resumed their rapid fire before collecting their beverages.

“Are you sure this is decaf? We can’t have any caffeine. We’re trying to get pregnant,” the blond barked at the barista while the redhead pried the lid off and looked into her cup like she could tell the difference by looking at it.

“Let’s sit inside. It’s too hot to sit on the patio,” said the blonde before dropping down in a chair on the other side of me.

All of Starbucks succumbed to a collective sigh.

Couldn’t they continue this conversation over coffee at home? Even the stroller moms looked offended. Sperm-Challenged eyed the babies like a wolf leering at a chicken coop, slyly plotting its next move. Hostile Uterus observed the tiny bundles like a woman on a diet staring at a tray of brownies she was desperate for. I snatched my coffee and bolted before a showdown ensued.

I hustled down the street to the grocery store, their looks haunting me with every step. Would I ever be boasting about my baby? Or was it too late? Would I leer at infants like a wolf, doing everything in my power to get what I want, or would I curl up in despair and gaze at them with sorrow?

If I hadn’t been stupid enough to marry Frank, I might have found a loving husband, a wonderful man who would have jumped at the chance to have a child with me. I might have been pushing a stroller or dragging my kids to play group or school instead of this solo trip to the grocery store. I’d wasted years, and now I was old and alone. And even though I knew I could do it on my own, I didn’t want to. I wanted a partner, an extra set of hands to help with the late night feedings and to hold mine during ballet recitals and baseball games. I wanted someone to cradle me during the scary times, a man with infinite patience to teach how to ride a bike, hold a hockey stick or baseball bat, and how to use a hammer and screwdriver. I could barely tell the difference between the tools, let alone give lessons. 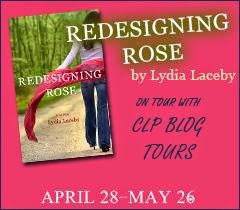 About the Author
LYDIA LACEBY is a co-founder of the fiction book blog, Novel Escapes. Since 2009, she has read and reviewed as much women’s fiction as humanly possible while designing, organizing and expanding the blog from two reviewers to seven.

In her spare time, she knits cute baby hats, would pick cheese over chocolate, and longs for the days she was able to cheat on her allergy free diet.

Lydia began her career writing a soap opera at the tender age of thirteen. It never aired. Redesigning Rose is her first novel.

About the Book
Rose Parker’s husband has been lying. About everything.

When a conversation with her husband triggers questions, Rose Parker uncovers alarming answers that shatter her perfect life. But it is only when she shoves her belongings in her SUV and drives off that Rose realizes just how far from perfect her life actually was. She has nowhere to turn.

While debating between distressing sleeping arrangements–her mother’s house full of questions or a hotel room with too much solitude–Rose bumps into an acquaintance from her gardening class and allows bubbly, exuberant Becky to indulge her in a wild night full of whiskey, weeping, and whispered confidences. Suddenly, Rose has a new friend, a roof over her head, and two gorgeous men moving her out of her marital home.

As Rose struggles to settle into her new life, she remains determined to comprehend her past. And with time and distance and especially wine, comes knowledge. Frank wasn’t the only one lying to her. Rose was lying to herself.