It is a truth universally acknowledged that if I put a book or movie on my respective to-read or to-watch lists, it'll probably sit there a while.

I recently had an opportunity to check two items off of those to-do lists. I finally managed to: 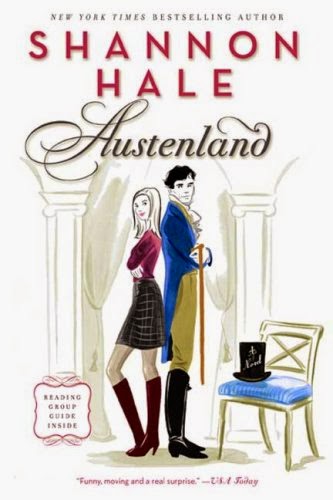 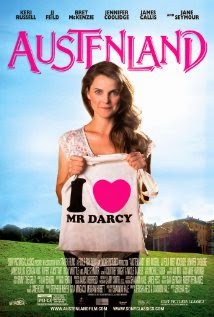 (Images from here and here.)

Talk about two birds and one stone. I felt like I was in my own book club during the couple of days I spent reading the story followed by a quick trip to Redbox to get the movie.

Here's the gist of the story:


But which was better? The book or the movie? Usually in scenarios such as this, I have a clear front-runner. (It's almost always the book--no surprise, ey?) But in this case I'm split. There are parts I liked better in the book and ones I preferred in the movie. If I could splice them all into one finished product, I'd be deliriously happy.

In general, I'm still satisfied with the overall impact of each.

For a Jane Austen fan like myself, what I loved most was the general concept of the story. I mean, how awesome would it be to go somewhere like Austenland? To be at a place where you could pretend to be Elizabeth Bennet or Emma Woodhouse, and be wooed by the likes of Darcy, Knightley and Wentworth. It's a dream. But on top of letting the heroine live her dream, both the book and movie show what happens when you realize the dream isn't what you thought or it isn't enough.

This was maybe the funniest scene in the book or though movie (but don't watch it if you don't want to be spoiled and note the songs are different):


Has anyone else read/seen Austenland? What did you think?