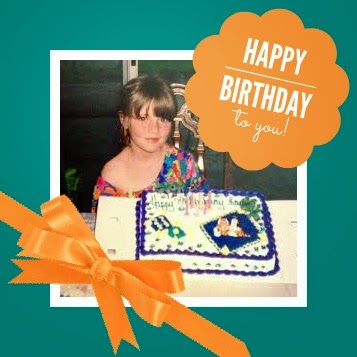 I'm turning twenty-eight tomorrow. I'm not sure how I feel about that, though honestly I'm not sure I feel anything about it to be quite honest. When I was younger, twenty-eight sounded like a fairly significant number. Little Laura would've assumed Twenty-Eight-Year-Old Laura would've been married, had one or two children, a dog, a house and any number of bells and whistles.

In short: Little Laura assumed Twenty-Eight-Year-Old Laura would've had her shit together.

And while I may not have that husband, kids, dogs or own my own home, I have plenty, and I'm basically happy. I'm a better woman than I was a year ago, two years ago or ten years ago. I'm on my way to becoming the woman I want to become. So really... do I have anything to complain about, just because I don't fit perfectly into my younger self's projected mold?

(OK, maybe I have a couple of complaints: I wouldn't mind having a more disposable income, the discipline to sit down and write a best-seller every day, a home in one of my dream destinations and a handsome/charming British husband. But those aren't really complaints so much as things-to-do, right?)

But back to birthdays. In the past (OK, twice) I've celebrated my even-numbered birthdays by writing a post sharing twenty-four or twenty-six great moments/reasons to be proud on my birthday. Because we've covered so many of those greats in the past--and in the interest of being different and... well... interesting--I'm going to share my twenty-eight favorite reads from the past twenty-eight years.

There's also still time to enter my Birthday Prize Package Giveaway. Just complete the Rafflecopter below. (Only valid for readers in the U.S. and Canada.)

Thanks for helping me celebrate my birthday!

Email ThisBlogThis!Share to TwitterShare to FacebookShare to Pinterest
Labels: fun