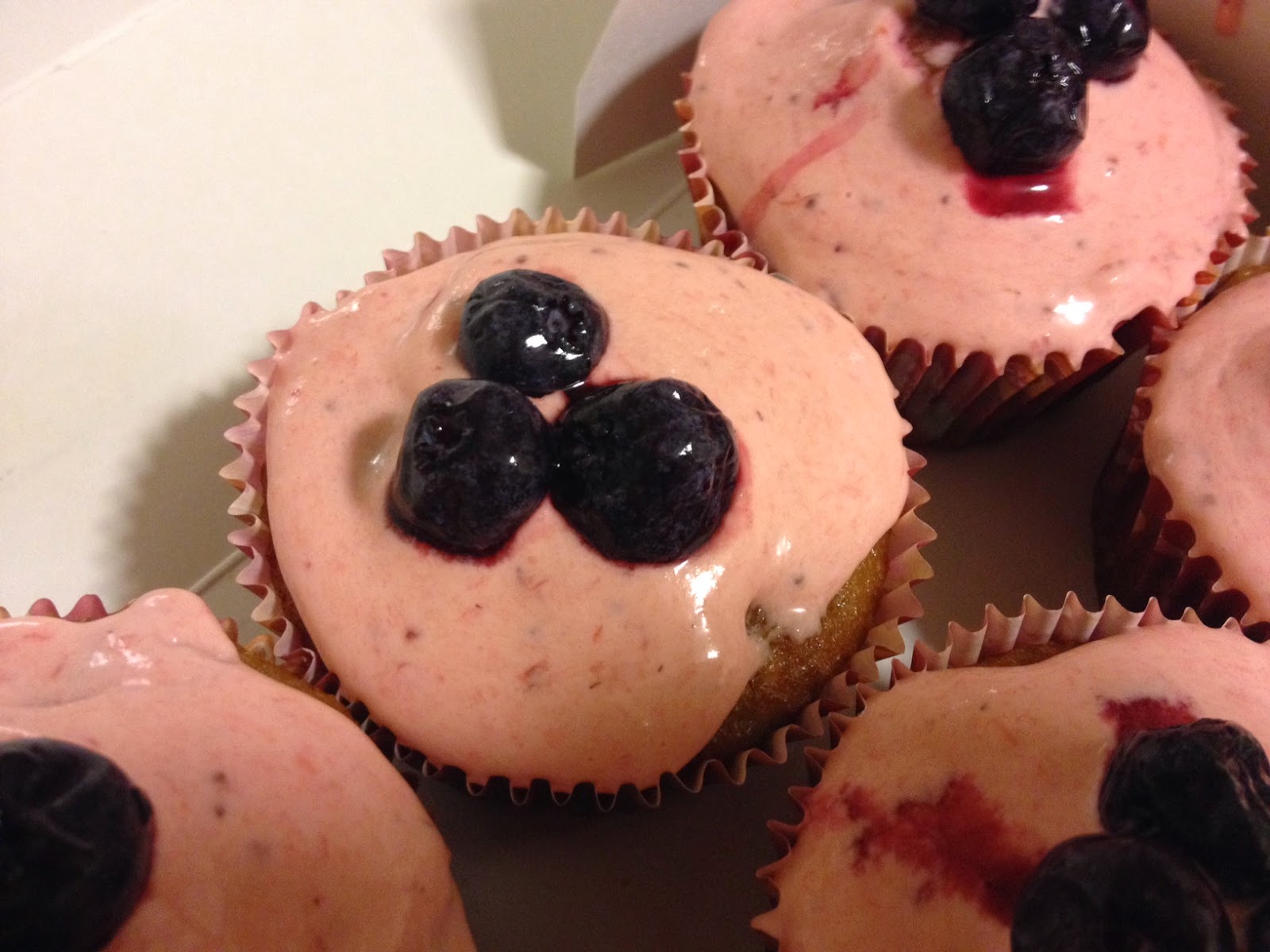 People (I'm not sure who exactly) say the way to a man's heart is through his stomach. In Hard Hats and Doormats, Lexi Burke takes these words seriously. She arrives at Jason Beaumont's Fourth of July barbecue with holiday cupcakes in tow hoping to light some fireworks, or at least kindle more sparks.

While I can't promise you'll have the same results as Lexi--there is only one Jason Beaumont--you can give it your best shot by making your own patriotic cupcakes for Independence Day.

They're super easy to make. Lexi is a busy woman. She doesn't have time to make treats from scratch. And she's definitely someone who would re-pin a fast and easy recipe on Pinterest.

Still, wanting to impress her longtime crush by wooing him through food, she'll want to do something special. Something that at least gives the impression she'd spent a whole day baking in the kitchen.

To make these, you'll need:

And whatever extra ingredients are required to make the cake mix. (You can also use fresh berries, but Lexi didn't see the point when she was using processed everything else.)

Follow the directions in the cake mix. Sidebar: In lieu of eggs and oil, you can substitute Diet 7-Up or applesauce in place of the oil. You're never going to be able to completely make this dish healthy, but it never hurts to make a couple of little tweaks to a recipe. 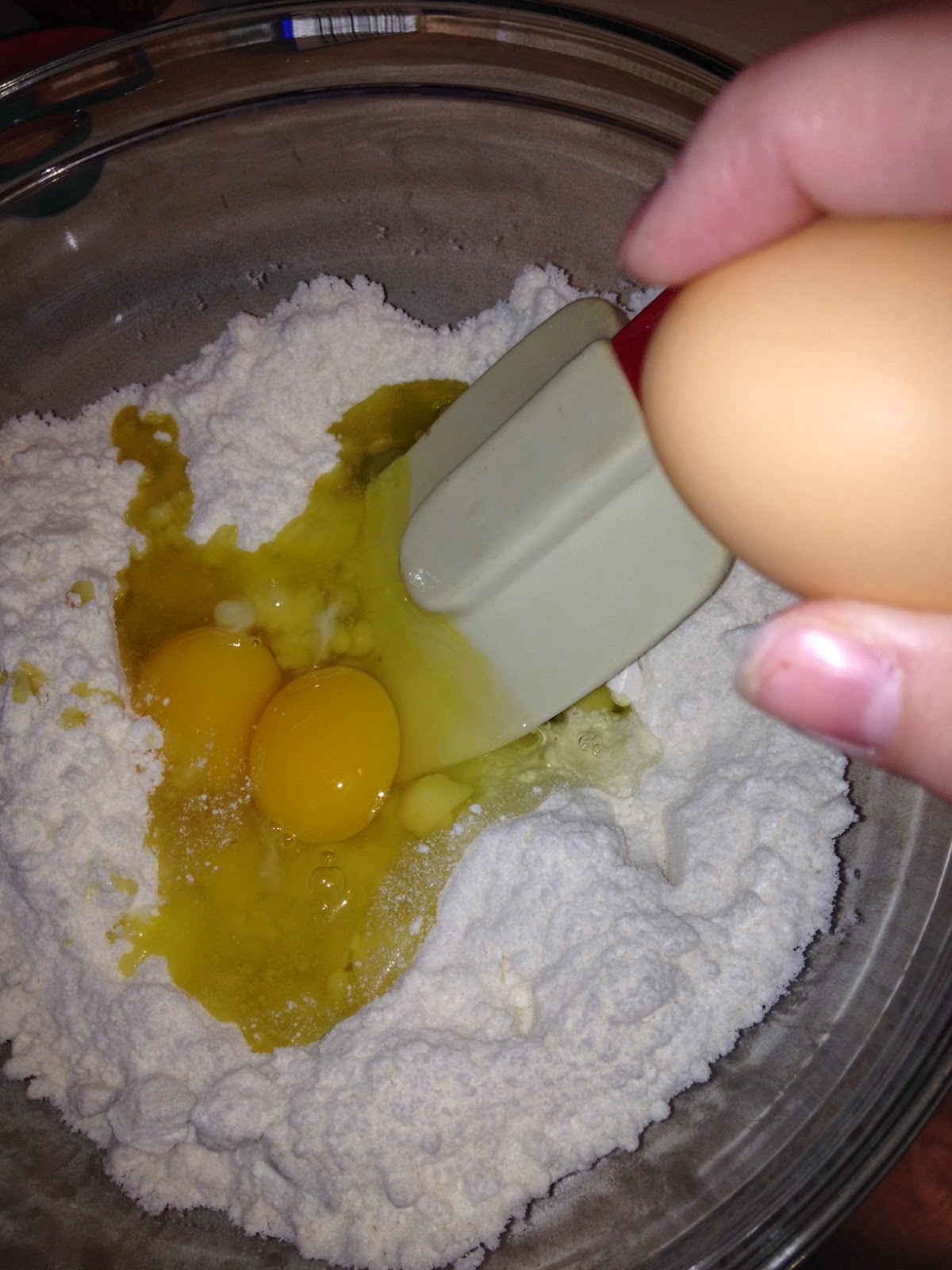 Add half of the frozen strawberries and blueberries to the cake batter. 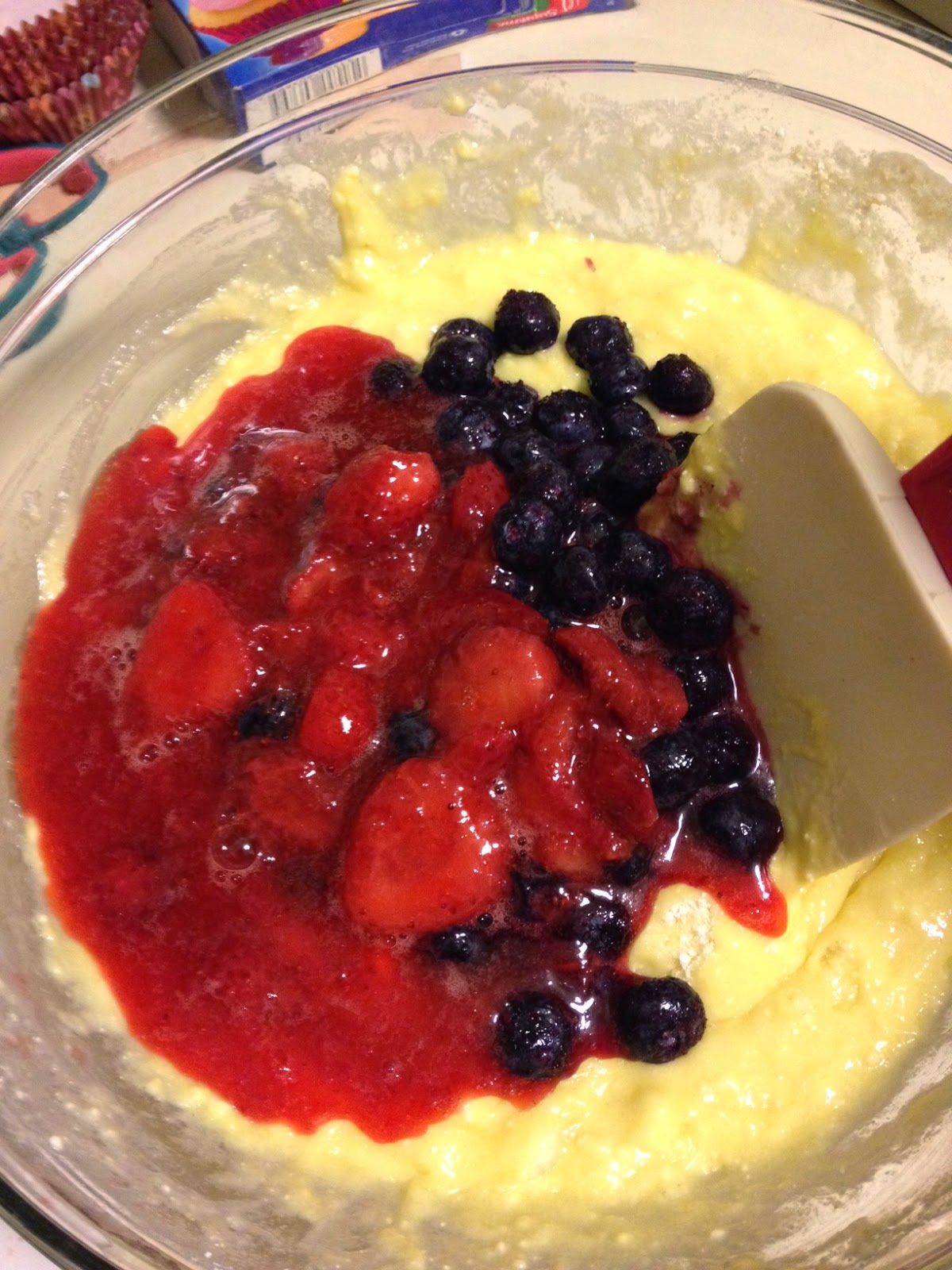 Pour the batter into two lined cupcake/muffin tins. This recipe should yield 24 cupcakes, but check your cake mix directions for the official figures. 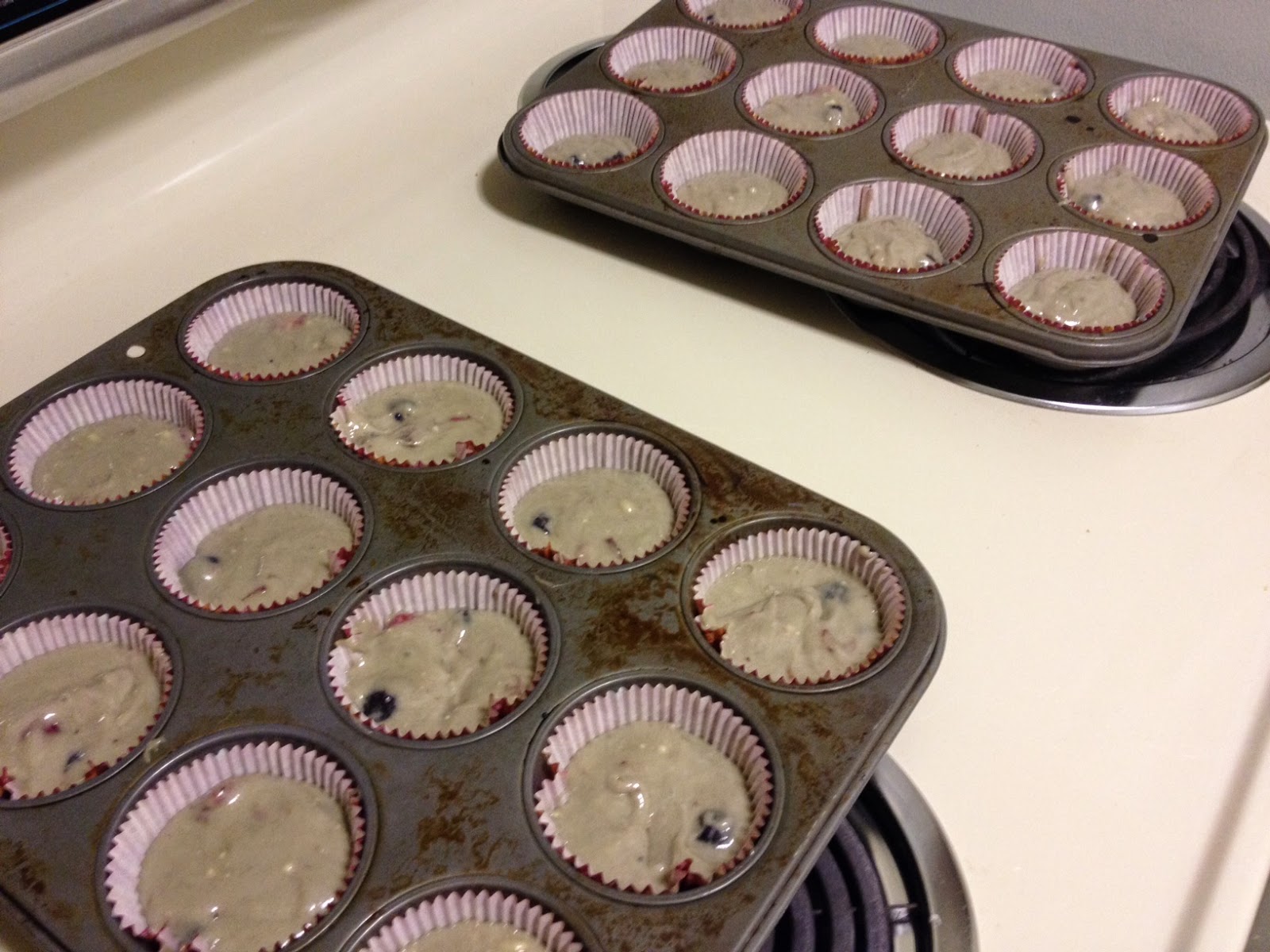 After baking the cupcakes and allowing them to cool, blend the remaining strawberries and mix into the cheesecake frosting. This will make the frosting a little soupy, but it's delicious and worth it.

If you've chosen to use fresh fruit, Lexi and I encourage you to skip this step and put some of the sliced strawberries on top with the blueberries. But quite frankly, the frozen strawberries are hot messes on their own, which is why we've added them to the frosting.

(Quick note: I kind of feel like royalty using "we." Then again, a small part of me feels nuts--in a good way--using "we" to talk about my character and I.) 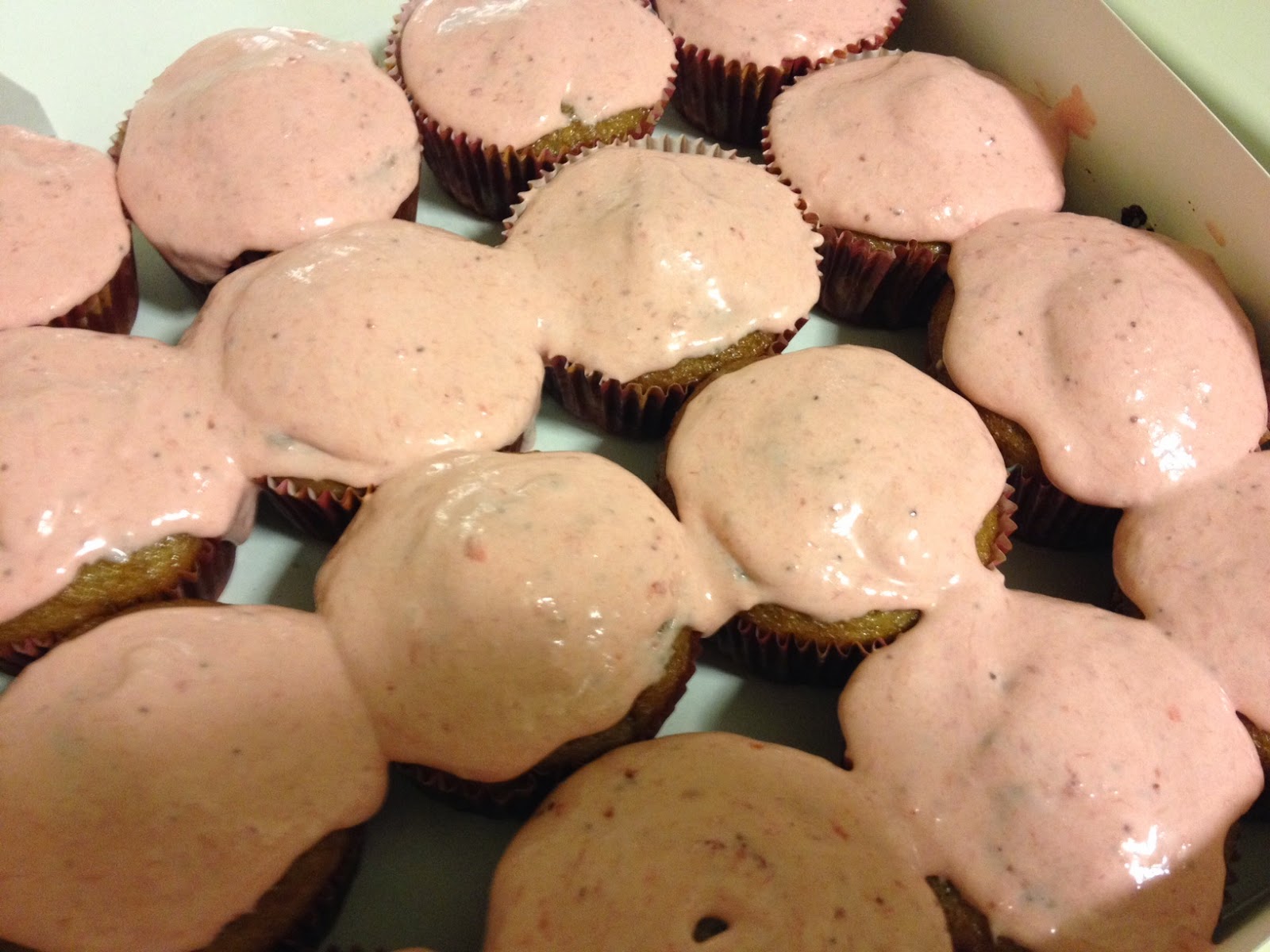 Because the frosting will be a bit soupy at this point, you may want to use a pastry back to frost the cupcakes. That's what Lexi did. Unfortunately, I don't make as much money as Lexi, so I don't have fancy baking gear. I had to frost them the down and dirty way with a spatula. Like a peasant. I know. 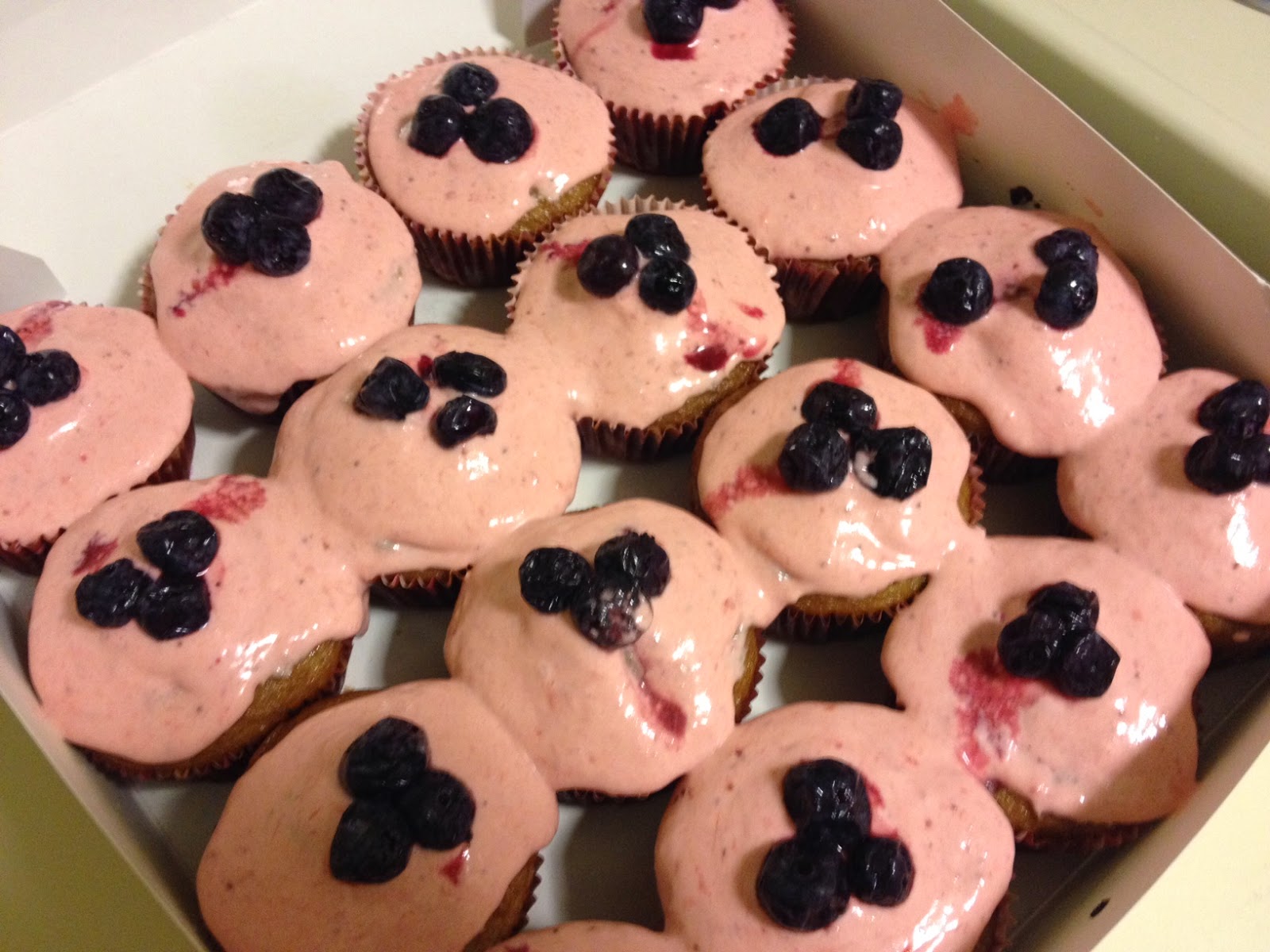 Put the blueberries on top
as you like, and add a dash of love (or at least wishful thinking), and you're all set.

It's a holiday weekend, so feel free to splurge and eat two (or six) of these cupcakes.

And if you're so inclined, feel free to celebrate Independence Eve in a way that is totally Jason Beaumont approved. (While he's not a beer snob, he'd definitely get behind any holiday built around a beer.)


Happy early Fourth of July to everyone celebrating. Otherwise, have a nice day.