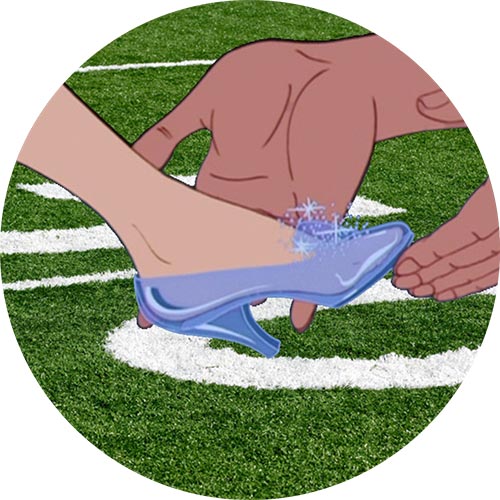 The year started off shaky. She lost four of her first five games, and a fair amount of her sanity. Still, her team rallied and she earned a spot in the playoffs. But when the time came to play for the championship, her princes turned into frogs, the carriage became a pumpkin and she ended up in a consolation game for third place.

And she lost. The only throne her team had been destined for was the shitter.

Never again, she swore. She'd never be foolish enough to put her heart out on the line again. Fairy tales, it seemed, weren't real, and she was but a peasant in the Fantasy Football world.

But a year passed, and so did much of her heartache. When faced with the option of joining two fantasy leagues, the still-naive girl decided to give football love and royalty another shot. Plus, she had two chances at ruling a kingdom. One of them would certainly have to pan out.

And for a time it seemed her dream would come true.

One team did exceptionally well. She lost only one regular season game, and was a sure bet to be league champion. The other team took her on a bumpier ride. She never knew if she'd win or lose, and she did a fair amount of both. Somehow, she still made it to the playoffs. From rags to almost riches, it was a true Cinderella story.

Two teams. Two entries to the playoffs. Two chances to win it all and take the crown.

The first team, her sure bet, blew it in the first game of the playoffs. And to add insult to injury, she once again ended up in fourth place without a trophy. Talk about being led on.

The other team made it through the first week of playoffs and secured a spot for the championship game. But as had been the trend of the season, one week she'd be up, and the next down. That week, it went down, down, down. At least, some said, she got second place and a bit of the prize pool. The kind words did little to ease the hurt, and her crown-less head ached.

And so another year of Fantasy Football came to an end, and the girl returned to her ordinary life without a kingdom, a crown, or a Prince Charming to call her own.

If you're a long-time reader of the blog, then you know that the girl was me, and these ill-fated Fantasy Football seasons are my own. Last year I blogged about my quest for Prince Charming, and was ultimately let down.


That's why the past two Decembers, I've made the same vow: I will never manage another Fantasy Football team again. Ever.

Then July rolls around and Yahoo strategically places ads everywhere I turn. "Don't worry," they seem to say. "You'll be fine this year. You won't freak out and make an ass of yourself when your team suddenly chokes during the playoffs and robs you of your rightful spot as league champion."

Well I'm not buying it, Yahoo. I know my limits. And I know my temperament. I really shouldn't test either.

But then it's August. My Facebook feed fills with photos and updates from Packers training. Pre-season games start playing most nights of the week. If there isn't a game on, there's coverage and projections and drama.

Then it comes back to me. The thrill of never knowing if I'll win or lose. The sweet taste of victory once it's mine. And before I know it, I'm getting invitations for leagues--yes that's plural--and after five minutes of soul searching, I'm clicking "join" and selecting an avatar, name and theme for my team.

When it comes to Fantasy Football, I'm just a girl who cain't say no.


In Oklahoma! Laurey may say you can't go around kissing every man who asks you, but like Ado Annie, I'm putty in the hands of these NFL fellers.


And I have faith that one day one, or several, of these world-class athletes will take me to a Fantasy Football championship where I'll come out the victor. Yes, I'm still searching for my Fantasy Football Prince Charming, and I'm willing to kiss a few frogs on my journey to find him.

Won't you join me for another year of going after my Happily Every After? 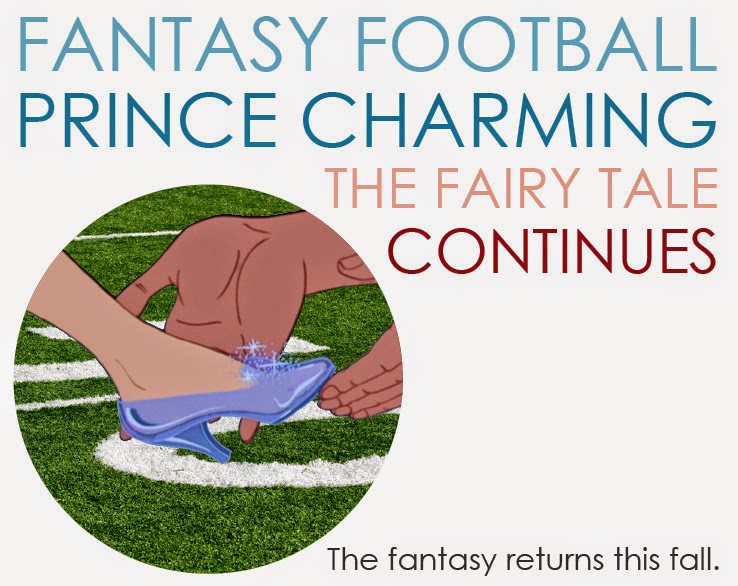