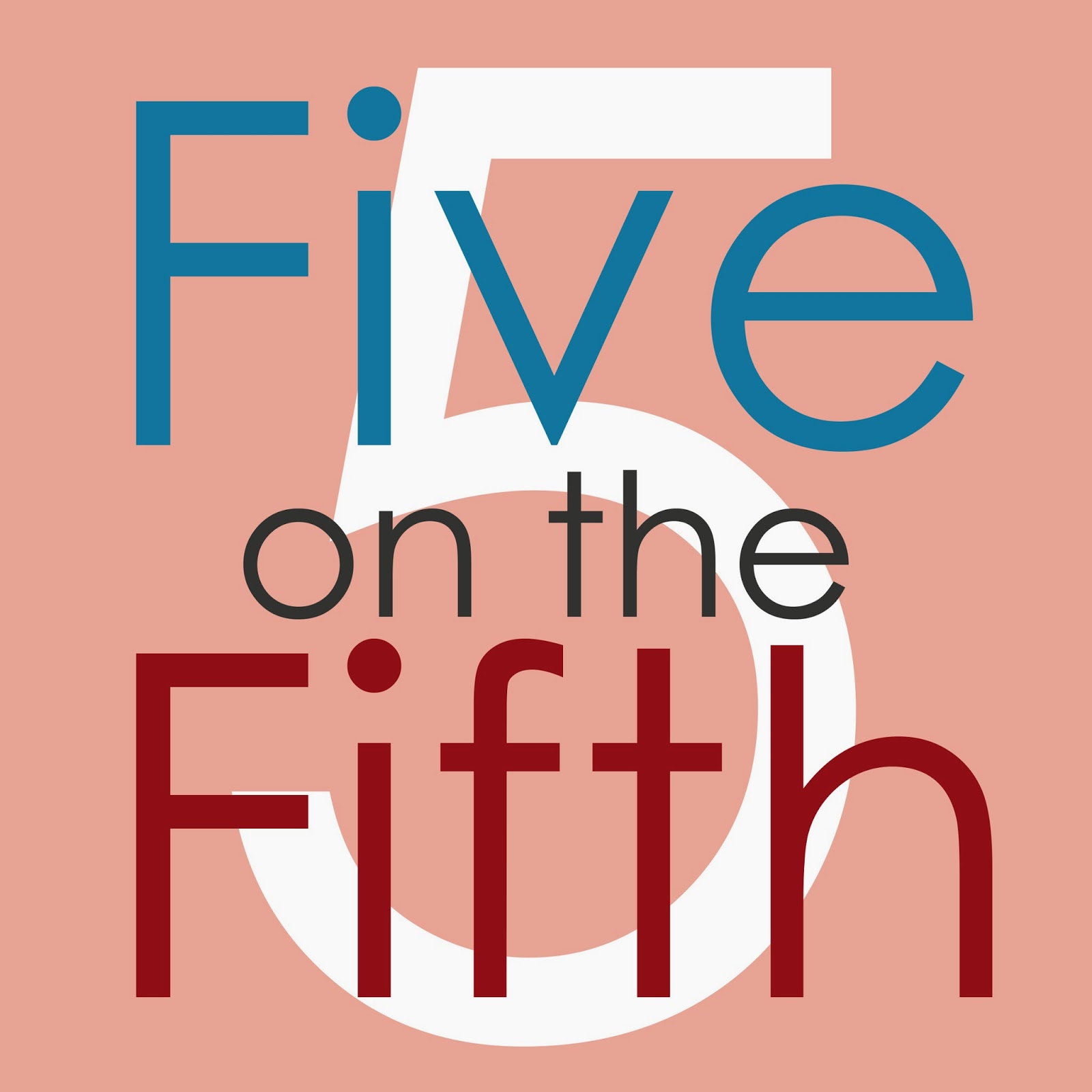 So, in the interest of getting to know each other, I thought it might be fun to start a little series that involves me doing a little over-sharing (or random sharing) about my self on the fifth of each (or at least the occasional) month. I'm calling it "Five on the Fifth." Super brilliant and clever, I know. But, I have to save my originality for novel writing, which means you're getting my brain's sloppy leftovers. #sorrynotsorry

As it's the fifth of the month, let's get this thing started, shall we?

1. I can play the oboe. And percussion... and sometimes the English horn and saxophone and piano. You know, depending on the occasion. I was an unapologetic music geek in high school, which is probably why there are music references in everything I write.

2. I still sleep with one of the stuffed animals from my childhood. Or at the very least I keep Mr. Bunny perched near me on the rocking chair next to my bed. That giant yellow and white bunny and I have been through a lot together, and I like having him close to me at night.

3. My imagination has unrealistic romantic expectations. Sometimes, at my weakest moments, I lose all independent woman sensibilities and imagine playing step-mom to Ryan Gosling and Eva Mendez's future child, acting out scenes from Fifty Shades of Grey with Benedict Cumberbatch, or getting Ryan Reynolds to carry the ginormous bag of kitty litter up the stairs once a month. (As you'll note, in addition to being unrealistic, my imagination is also a bit of a sexist pig, apparently.)

4. Until last night I had a Tinder account. Because why not? Sure I only spent one Sunday evening logged in and exchanging conversation with random local strangers, and no I didn't really think it'll go anywhere, but what a ride!

5. I had a huge crush on one of my bus drivers in kindergarten. Two firefighters shared a route to take us home for the afternoons, and I developed a ginormous crush on one of them. He had dark hair, a Tom Selleck mustache and had bulging shoulders and arms under the navy blue firefighter shirt he wore. His "hello" smile gave me butterflies. (Remembering it just gave me butterflies.)

After almost a full year of crushing, I kissed him on the cheek as a dare. My "friends" sang "Laura and the bus driver, sitting in a tree. K-I-S-S-I-N-G" on the ride home. The heroic firefighter told the kids to knock it off and asked me if I was OK when he left me at home. That night, I swore to control my feelings in the future. I never saw him again after the school year ended a few weeks later.

This remains one of the single most embarrassing, yet thrilling memories in my life.


I'll be back next month for five more facts.

Email ThisBlogThis!Share to TwitterShare to FacebookShare to Pinterest
Labels: five on the fifth, fun