People often ask me if I've read anything good lately. I can usually come up with a recommendation or two, but fortunately after reading the first five installments of Brea Brown's The Secret Keeper series I have five easy answers.

Brea has been a friend of mine through various writing groups, and I finally read the first book of the series, The Secret Keeper, back in June. I was hooked. I read the rest of the books available in the series that week, and now I want you to be hooked, too.

(Be sure to read through to the end of the post for a special offer...)

Five Reasons to Read The Secret Keeper, like, Right Now:


1. The main character is a riot. Peyton has a dry, yet often hilarious, world-view, which is super interesting to read. She sees herself as a mess, though most others see her as loyal and trustworthy. She thinks she's awful, but people--including this reader--are drawn to her, because she genuinely has a good heart. Always her toughest critic, Peyton does make mistakes and sometimes gets carried away, but she's ultimately a good person and a great, yet complicated, character to follow.

2. The minor characters are equally fabulous. From the nitpicking older sister and the rebellious younger brother to the douchey artist and fabulous gallery manager, the supporting cast in The Secret Keeper and subsequent novels are entertaining as can be. They're also believable. You'll recognize people from your own life.

3. There's a hot pastor. Yes, I just wrote that, and no I don't feel weird about it being a big selling point. That said, I have found myself looking at men in black shirts with white collars a little differently since reading these books. (OK, it was one young pastor in a diner, but my cheeks still flushed.)

4. No matter where you are on your spiritual journey, the stories will make you think and feel. I keep my own spiritual beliefs fairly private (because they're mine and they represent one of the most important relationships in my life), but reading this book and the following stories gave me a good opportunity to take a close look at my beliefs without making me feel like I was being judged, bullied or badgered into doing so.

5. The sixth and final installment of the series will be released this month! I had an opportunity to beta read an early draft of The Secret Keeper Fulfilled, and it was an emotional, yet funny, and ultimately satisfying conclusion to the series. I'll share my full review of it when it's published, but I loved it. The Secret Keeper Fulfilled will be available on Amazon on September 27. That means you have plenty of time to pick up the first book (for only 99 cents!) and fall in love with the series before it is released.

If you still aren't convinced, check out the reviews I wrote for each book on Amazon. You might want to note the date each review was written. That's right. I definitely slammed this series like a beer in a bar on a hot day. (Does that analogy work? I'm going with it.) 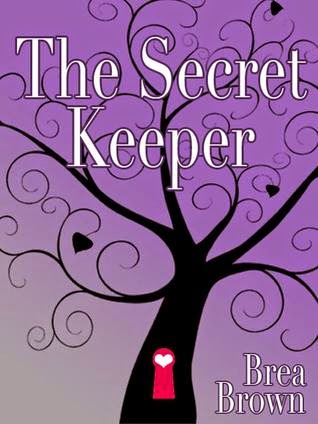 When Peyton finds herself in trouble, she doesn't know where to turn--even though she's spent a lifetime being the keeper of secrets for her family. Following the advice her parents gave her when she was younger, she seeks out her pastor, who happens to be the adorable Pastor Brice. While trying to ignore her growing feelings for the kind and funny young man and deal with the big secret in her life, Peyton was easy to cheer for throughout the whole story.

With plenty of unexpected to twists, moments of laugh-out-loud joy mixed with heart-wrenching scenes, The Secret Keeper is a fast-paced, hard-to-put-down story about an ordinary woman going through circumstances that are anything but ordinary.

I can't wait to read the rest of the series. 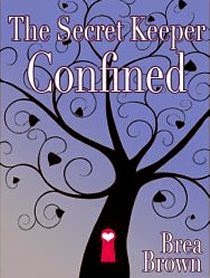 Another well-crafted and -developed Brea Brown story follows Peyton and Brice as they navigate the choppy waters of the first years of their marriage.

With lots of natural tension and excitement, I couldn't flip through the pages fast enough as we learn more about P&B. And as they learn more about each other and what it takes to make relationships work. No matter if it's between husband and wife, wife and child, child and God and so on.

Can't wait to see what's next in the series.


The Secret Keeper Up All Night (June 30) 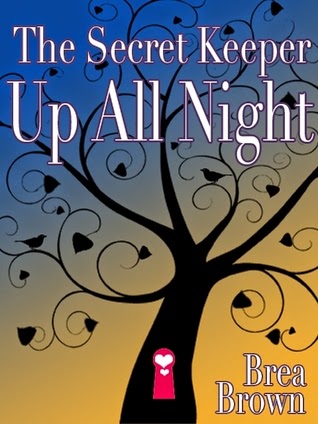 You know that sad feeling you get when you finish reading a book you love, and there isn't any more story? Thank goodness I haven't run into that problem with Brea Brown's TSK series.

Book 3 takes us on more adventures with Peyton and Brice. They're first-time parents and building a new life in a new location. That comes plenty of adjustments, and their love for each other and faith are never more important than now. But don't worry, even with nearly nail-biting tense moments, there are still plenty of laughs for the seemingly perfect pastor and his foul-mouthed, kind of angsty wife. (I seriously adore this couple. They are too much fun.)

With lots of laughs and feels, these books move lightning fast and offers plenty of memorable moments.

Brea Brown is a truly talented writer who knows how to perfectly blend humor with heart. I'm excited to continue this journey with Peyton and Brice.


The Secret Keeper Holds On (July 2) 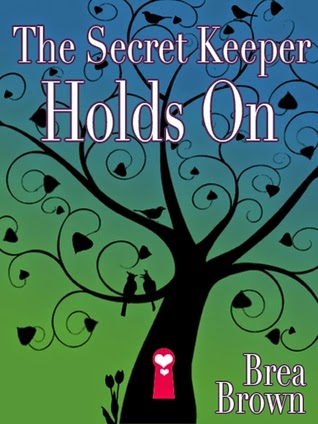 This fourth installment of TSK is another fast-paced and engaging read about a couple in love, who have a lot of unexpected twists in store...

Peyton and Brice are back, and now they have two more babies on their hands. With three kids under two, they have enough on their plate. Add in some new problems at the church and the gallery, not to mention a couple of scares, and P&B are both forced to realize how lucky they are to be together.

This story satisfactorily ties up some lingering worries from the previous books while raising new ones in a delightfully heart-felt and often funny way.
I've laughed and cried with the Northam family, and I'm anxious to see what's coming next.

With each story I find myself falling more and more in love with these characters and the world Brea Brown has built for them. 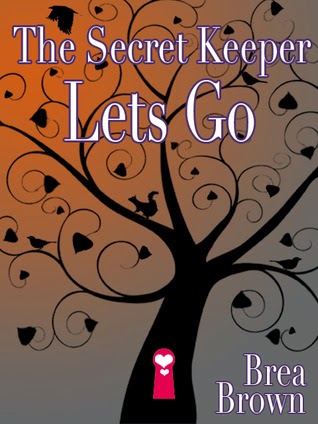 In the fifth TSK story, Peyton and Brice are once again settling into a new norm for their growing family. That also extends to changes in their church and extended families.
For fans of the series, this novel delivers answers and resolution for a couple of storylines--some reaching all the way back to book one. This will definitely satisfy fans of the rest of the series. The main and secondary characters continue to evolve the more we get to know them.

And while Peyton and Brice's story gets more layers, Brea Brown also shows her continued development as a writer. There are parts of this story that were so well-crafted and -told, I was speechless.

Prepare for a roller coaster of emotions. Like the other stories in the series there's a range of serious humor, happiness, pain and love. I hope it isn't too spoilery to say that this book offers the funniest, happiest, agonizing and romantic scenes of the series.
(I ugly cried at least three times. While I'm a bit of a crier, it takes a much deeper emotional connection to the characters and story make my chest hurt the way it did. That's impressive.)

One of the greatest strengths of this series is how it addresses questions of faith and religion without giving definitive answers or being preachy. It's a completely unique reading experience. You get chick lit, philosophy and depth.

I'll be thinking a lot about this story in the coming days as I process everything P&B experienced in this book and since we met them at the start of their relationship. I'll have a lot of feeling to do, too.

I'm a mixture of excitement, sadness and even fear as I look forward to the release of the final chapter of this riveting series, due out later this year.

Because these are ebooks, this contest is open to anyone with a Kindle or Kindle app (it's free to download on your iPhone and Android devices). You must be eligible to read the books on Kindle, etc. etc. Entering to win is easy. Follow the directions in the Rafflecopter gadget below.

Good luck, and I hope you enjoy this fantastic series.