It's October 31, and that means one thing. That's right, it's National Novel Writing Month Eve. This will be my fifth consecutive year participating in NaNoWriMo, which I'm now affectionately referring to as Cinco de NaNoWriMo.

The title works for another reason, too. This year is kind of awesome, because November has five full weekends in it. For those of us who do most of our major writing on the weekends thanks to our day jobs, that's pretty exciting stuff. It's like the universe wants us to succeed. I've been looking forward to this year since I did the math back in 2011 and discovered this year would one day come. I know. I'm a nerd. Embrace it. I have.

As we gear up for another exciting adventure of writing more than 50,000 words in 30 days, I thought we'd take a brief look back at my previous four adventures in competing in NaNoWriMo.

I wrote the first 50,000 words of my debut novel, Hard Hats and Doormats. I had no idea I'd end up going through five more drafts before it went to publication, but what a ride. I crossed the finish line a few hours before the deadline and had to have a friend upload the words for me, because my Internet connection was so crappy.

I may or may not have cried when it finally went through and she told me I was an official winner.

This year is notable for me, because I decided to participate on a whim at about 9 p.m. on November 1. Another fun fact: I spent about eight days of the month traveling for work, and I wrote about a quarter of those 50,000 words on airplanes, in airports and in motel rooms.


Year Two: November 2011
I wrote the first 50,000 words of my second novel, NOT TELLING YOU THE TITLE YET, BECAUSE I'M SUPERSTITIOUS LIKE THAT. :)

So far I have only done three drafts of this book, which is a big improvement, right? I'm also still ready to tie the knot with this one, which is good news, because it's easy to start hating a book after you spend so much time with it.

While I crossed the finish line this year, it wasn't my best work. I wrote the first 30,000 words of a story that will have to be completely restarted, plus 20,000 words in other short fiction. None of it has been published and none of it is at all close to publication. My friends weren't participating, which meant I was back to being a lone wolf.

That said, I still participated, I still learned some valuable lessons, and I still wore this awesome NaNoWriMo shirt while I worked. 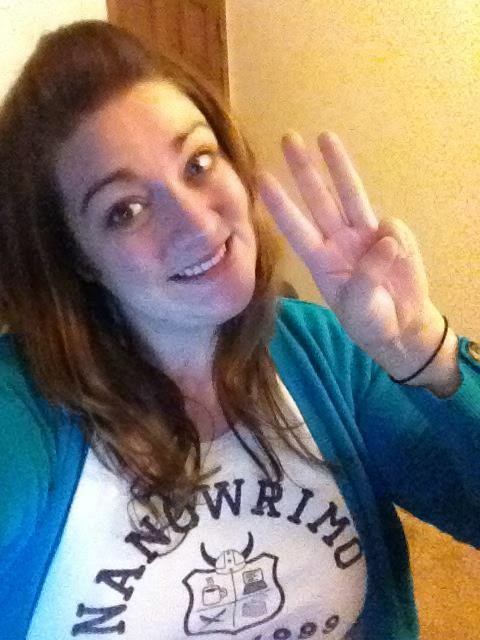 Year Four: November 2013
I wrote the first 50,000 words of my third novel, which I recently finished. I finished almost a week early, which was a new record for me.

That may have come at a cost of quality. After I reached 55,000 words, I decided the book wasn't going in the direction I wanted and so I scrapped most of it. Then again, maybe my story didn't feel right, because I was so busy thinking about the upcoming publication date for Hard Hats and Doormats, which was early the next month. Regardless, after two more false starts, I ultimately finished the first draft of the book earlier this month.

What's in store for this year? Who knows? But you can count on one thing--the cats and I will be counting down to midnight in style thanks to our Halloween costumes. 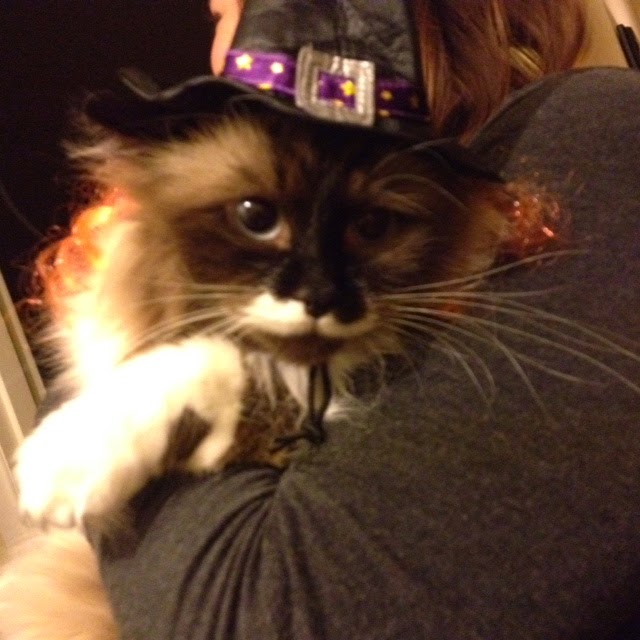 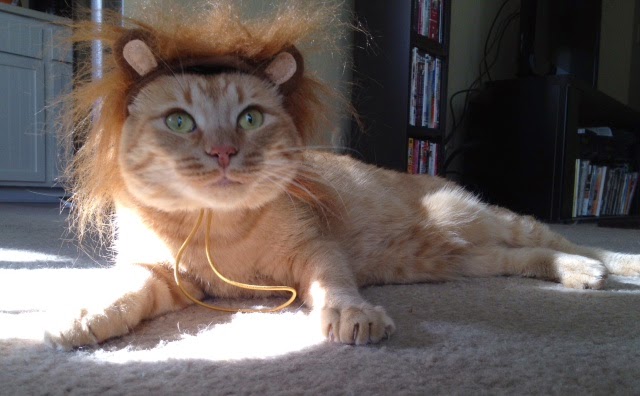 Jane is a witch (obvi) and Bing is a lion. All we need is a wardrobe or a tin man, scarecrow and Dorthy, and we have ourselves a good theme.

I'm channeling my beloved Amy Poehler and going as her author bio photo from her new book, Yes Please. 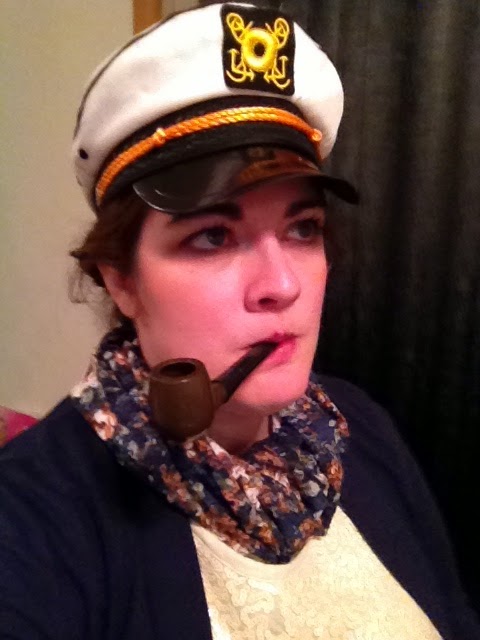 Ah, the life of a yacht captain. You'd better believe I'll be wearing that hat off and on as I navigate the turbulent sea that is NaNoWriMo.

Good luck to everyone participating in this year's NaNoWriMo. May the words be ever in your favor.