'no one needs to know'


In Hard Hats and Doormats, one of Lexi Burke's favorite pastimes includes karaoke with her friends. So do I apparently. 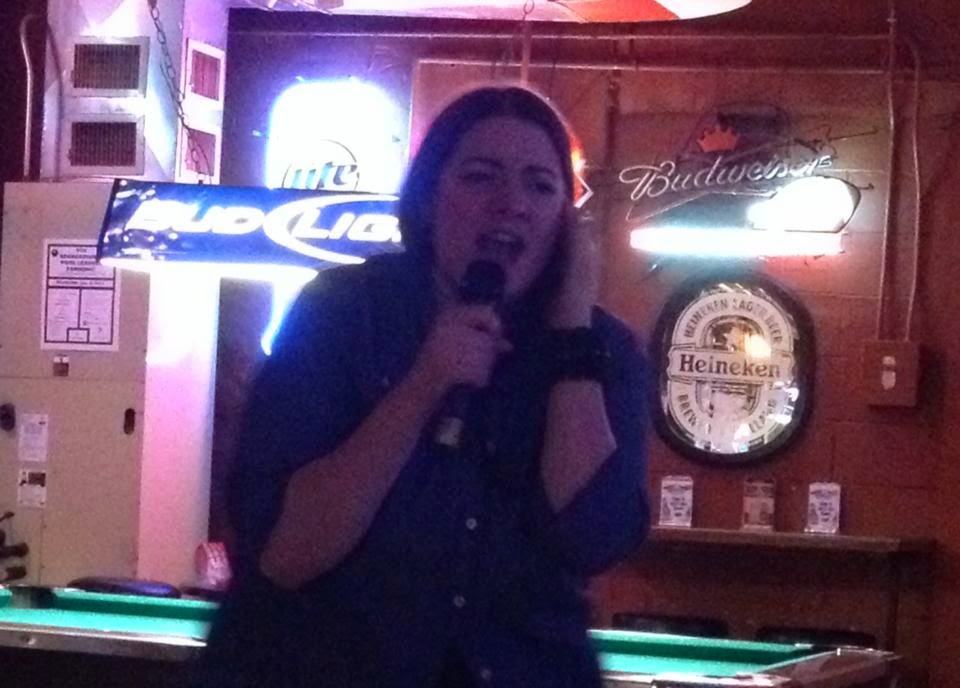 That's right. There I am, classing up the bar with my rendition of Lady Gaga's "Telephone." I believe I was doing the opening, "Hello, hello, baby, you called, I can't here a thing," because hand gestures and showmanship are everything when it comes to karaoke. Everything.

And, like Ariana and Greg from the cheerleader sketches on SNL who needed a perfect cheer, you need a perfect song for karaoke.

That's why it was particularly important for me to get the song Lexi sings during one particular scene perfect. I struggled with making this decision a bit. I wasn't super familiar with country music at the time (I'm still not that well-versed, but I can hang in a country bar in a pinch). So I did a Google search: Popular country karaoke songs for women.

Dozens popped up and after sampling about twenty, I settled on "Fancy" by Reba McEntire. I'd watched re-runs of Reba's TV series on Lifetime back in the day, and I felt like we had a special connection. But... while the song was fantastic, it didn't really move the story forward.

It wasn't until I was telling a friend and former co-worker about the premise of my book, and the relationship Lexi has with Jason Beaumont at the start, that she made a comment that changed everything. "She sounds like that song by Shania Twain. The one that goes, 'I have my heart set, my feet wet, but he don't even know it yet.'"

Umm... yeah. That sounded perfect. So again I turned to my friend Google to find out more about the song (my Shania knowledge is basically limited to "Still the One," "Man, I Feel Like a Woman" and "That Don't Impress Me Much). Halfway through the song, I knew I'd discovered a new karaoke jam for Lexi.

And that's how "No One Needs to Know" found its way on my Hard Hats and Doormats playlist.

For more music to set the tone to Hard Hats and Doormats, listen to the playlist on Spotify.


About Hard Hats and Doormats