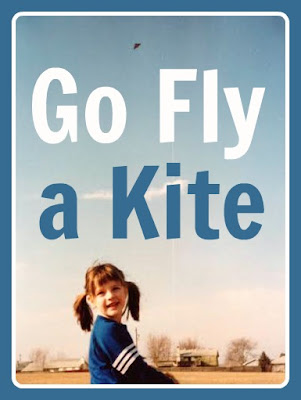 I'm by no means a person who has everything figured out--as a writer, as a woman, as a human being. That doesn't keep me from being quick to offer up advice to anyone who is maybe having a disagreement with her significant other (yeah, I so am not an expert on real relationships), problems at work (we've all been there), or wants to figure out how to find the time or energy to write a book.

Lately I've been vocal about using the Pomodoro Technique. Several of my writer friends have used it with success, and it definitely helped me finish the first draft of book 3. But I have a confession: Even though I sometimes use Pomodoro, I don't always. And in fact, this month for National Novel Writing Month, I've almost never used it. (Which is too bad, because I just bought a new egg timer.)

When it comes to writing a book, what it really comes down to is this: You have to make time for it by making concessions somewhere else. It's as simple as that. It's science when you think about it. There are a finite number of hours in a day (I believe it's still 24, but the time change often makes it seem more like 10). So if I want to use two or three or eight of those hours writing, well, I'm going to have to not do something else I might have done during that time.

That's part of why NaNoWriMo works so well for me. I figure I can do just about anything--save money, eat healthy, exercise daily, write--for a month. Making long-term commitments requires a lifestyle change that is harder to maintain every day. (I'm still figuring out how to do all four of those things as a rule rather than an exception, but what can I say? I'm a work in progress.)

And so in the spirit of NaNoWriMo, today I thought I'd share some of the things I've told to Go Fly a Kite while I work on the first draft of Book 4:

1. Watching TV, except during designated periods of time and only for those set times. That means carving out four hours on a game day to watch my Huskers or Packers play, and because Hallmark Christmas movies are in full swing, I check the schedule and pick out the few I'd like to watch. And then I plan my writing day around it. Sound a little extreme for watching TV? It probably is, but a lady has to do what a lady has to do. Oh, and this also means that some of my favorite TV shows, like The Mindy Project, are off limits until I finish this draft.

2. Buying candy. That's different than swearing off candy. I ate probably five or six pieces of Baker's Chocolate at work yesterday, because it was a gift. But I know myself. And I tend to mindlessly snack when I eat. And the more candy and chips and other crap I eat while I do it, the worse I feel, the more sluggish I become, and the worse I write. Instead, I have a ginormous pile of clementines sitting in my kitchen, and when I feel a bit peckish I eat one of those. Which leads me to the next point...

3. Having a variety in the foods to eat. I don't know about you, but when I'm in full-on writing mode, I don't have time to cook every day. With this in mind, I created a meal plan at the beginning of the month, and I make bulk lunches and dinners every Sunday--usually the same thing every day. I did pencil in getting to go out for takeout/dinner on Friday nights and Saturdays just to keep my life a little interesting, but for the most part I'm eating the same thing all day every day. While that might be boring, in a way it's nice. I selected dishes that meet healthy requirements and feel comforting, so it's a win-win. (This week it's oatmeal for breakfast, winter vegetable stew with carrot sticks and an apple for lunch, quinoa enchiladas and chips for dinner and fruits, vegetables, and a little popcorn for snacks.)

4. Partying like it's 1999, or even 2014. I still had a margarita with dinner last Saturday night (after I'd written more than 7,000 words in a day) and I grabbed a cocktail with a co-worker one night after work. But aside from that, I'm not hanging out at bars on the regular (except on the occasional Sunday evening, when I also add in some writing). Unlike Hemingway, I've never mastered the whole "write drunk, edit sober" mentality, so I try to keep a clear head. Plus, I really haven't figured out the whole "write hungover" concept yet. When you're waking up at 5 to start writing, you want to feel pretty decent.

5. Having two, fully separated and shaped eyebrows. I think I'm also growing a mustache and my fingernails and toe nails are a disaster. Oh, and you can see my roots coming in on my hair. I'm still washing my hair and showering on the regular (I do have to be seen in public) and I throw on a little makeup before leaving the house, but I do not look like I could walk into a Vogue cover shoot. Granted, I never look like that, but you get what I mean. Maybe I'll have some time to do a little pampering this weekend, but I'll have to meet my daily word count first. And if I think I look at a mess, I probably shouldn't take too close of a look at my apartment. Talk about dust bunnies... yikes.

And through all this I'm still having fun. Instead of going to bars, I go to the library or cafe and write. Instead of sitting in front of the TV for hours, I hang out with my MS. It all sounds like a lot of work, and it really is, but it's worth it in the end.

I'd like to hear from you. What are some of the things you do to stay focused on a project? Any big concessions on your end?