Friends, can you believe it's already November 10? It's been a busy, but productive month so far in my world. As I mentioned a couple of weeks ago, this is my fifth consecutive year participating in National Novel Writing Month. It's amazing how quickly it has become such an important part of my life. For example, October 31 is no longer just Halloween to me. It's NaNoWriMo Eve. While everyone else is excited to dress up in a costume and hit the bar, I'm organizing my notes and planning a nap so I can start writing at midnight.

I started the first draft of my first novel, Hard Hats and Doormats, my first year participating. That year and every year after I have learned important lessons about myself as a writer and as a person. Like, I've learned that I have to make the first week count in a big way if I hope to reach 50,000 words.

I've also learned that I operate best when I have an outline sketched out. I've used different approaches for preparation. In year one I created a working synopsis document in Word. In years two and three I used index cards. In year four I decided to wing it and just write--which ended up backfiring when I realized I basically had to re-start the whole book later, because it lacked focus.

This year I'm using Scrivener for the first time, and it has worked well with my index card mind-set. Before November 1st I created folders for each chapter with scene cards in each ones. While I'm a plotter, I like to leave a lot of room for interpretation so my outline notes are pretty simple (i.e. Have the characters go here and talk about this).

What's really exciting is how this leaves room for new developments to happen while making sure the main plot points are covered. During the first week of writing, I found myself adding additional scenes or notes to already planned scenes, because as I wrote and understood the characters better new ideas presented themselves. I'm pretty pleased about a few of them.

With that, here's a quick look back at the first nine days of NaNoWriMo through photos.

I attended a write-in with a few local NaNoWriMo participants to start writing at midnight on November 1. I kicked off my month of writing Leslie Knope-style with waffles. 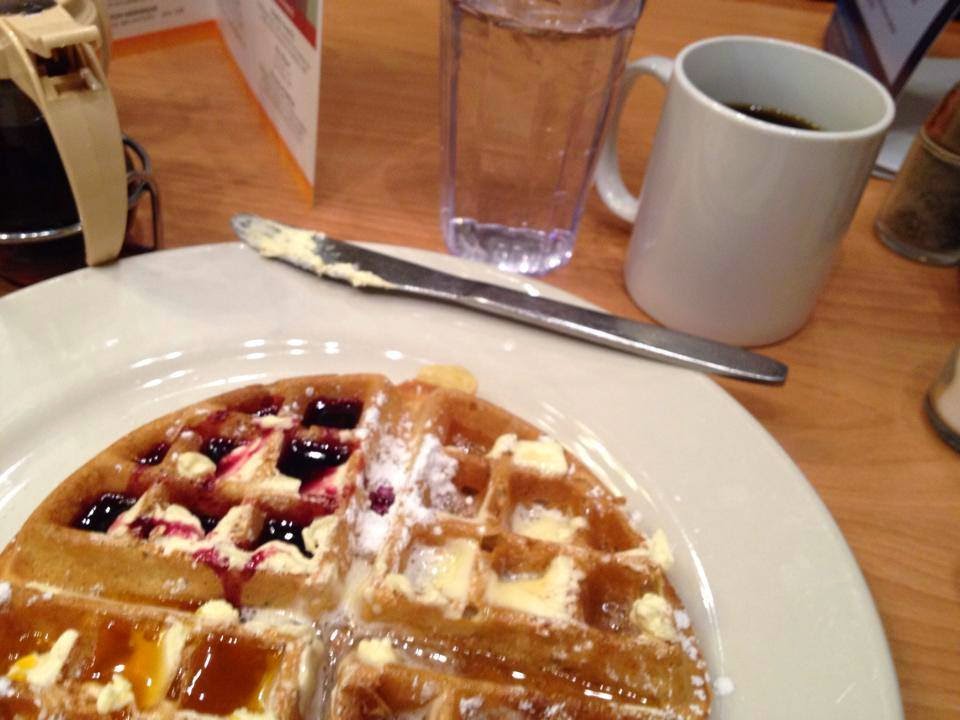 I wrote at a bar on that Sunday night and a bookstore on Monday night. I kept the progress going throughout the week by waking up every morning at 5 a.m. and setting a goal of writing 750-1,500 words a day before breakfast (giving myself some room based on whether or not the writing muse was "speaking" to me). I took a notebook with me to work and jotted down continuations of the work I'd started in the morning during lunches. I wrote at the library on Wednesday night. 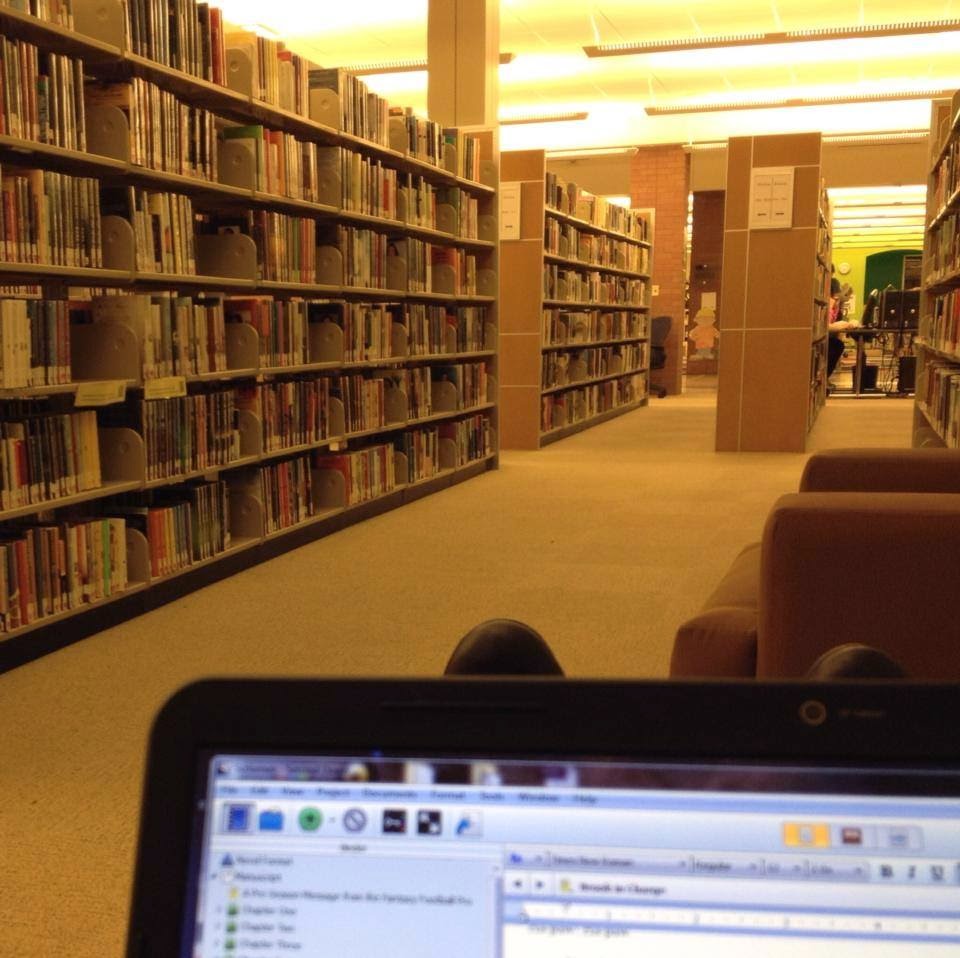 On Friday night I opened a fortune cookie that offered me the inspiration I needed to keep going after the first week of writing officially concluded. 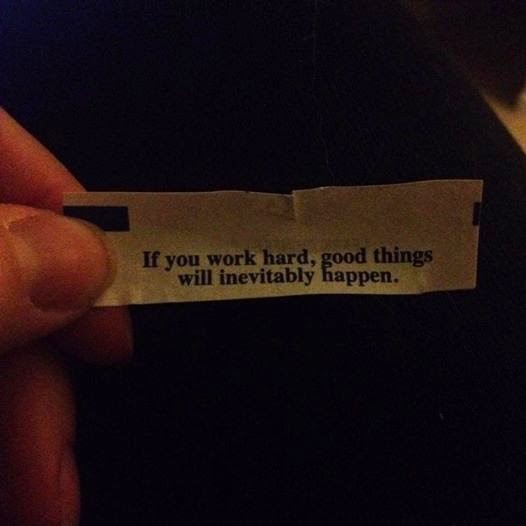 With that in mind, when I woke up on Saturday (which also happened to be NaNoWriMo's Double Up Day) I decided to make it count. So I created a writing treasure/scavenger hunt. 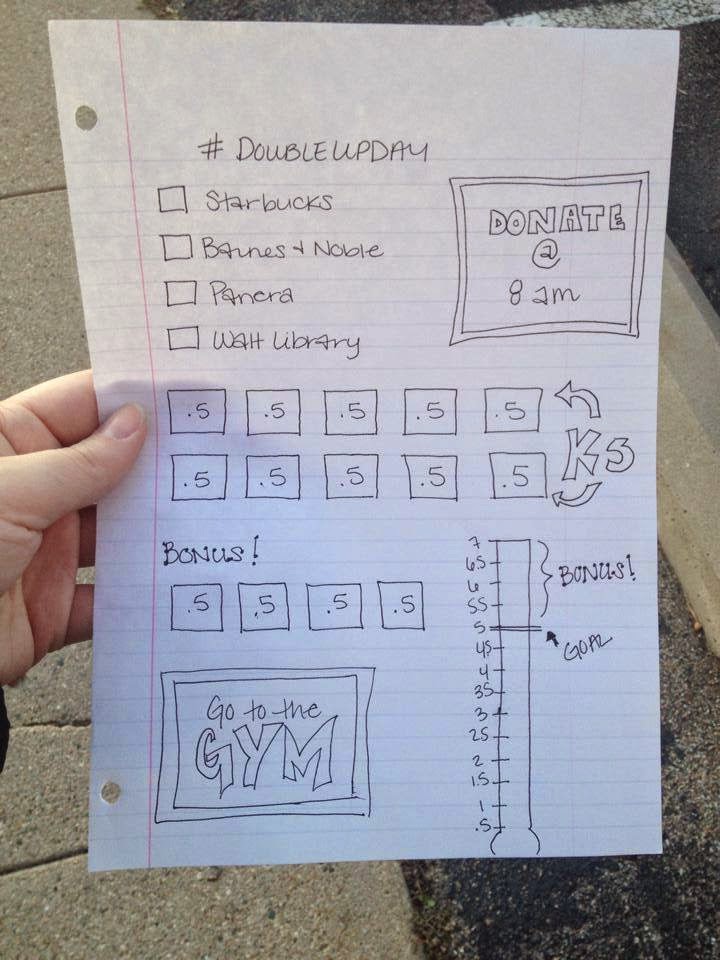 And great news--I met all of my goals and the bonus goals, which included 2,000 extra words and going to the gym bringing my daily total to 7,000 words. That's a record for me. 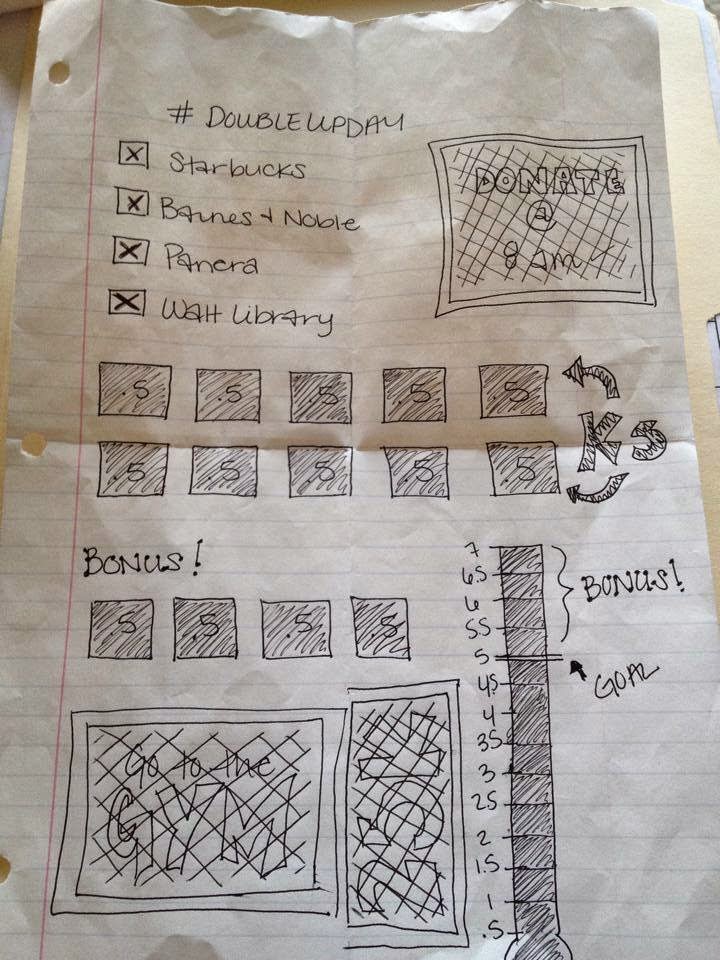 It's been a productive month for me, but I realize it's a result of me taking all of the lessons I learned in the first four years and I'm applying them now. I set reasonable goals and always factor in one "cheat" day like you do when dieting. For me that day was Friday. I had other work to do before the day job on Friday and I was wiped after a work event so I wrote a quick 200 words before bed and called it good.

So that's a wrap. Here's hoping week two is as successful.

I'm curious about you. If you're participating in NaNoWriMo how is your journey going? I'd love to hear.