Day 3: As You Wish: Inconceivable Tales from the Making of The Princess Bride
By Cary Elwes with Joe Layden, Foreword by Rob Reiner
Published October 14
Picked by Laura 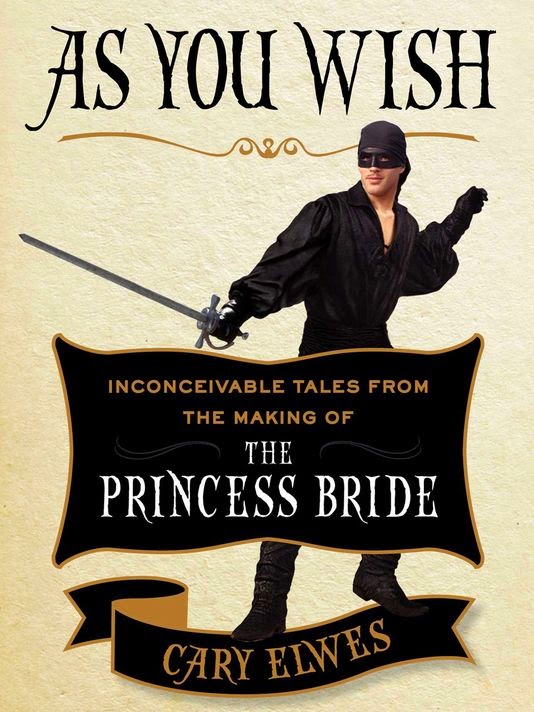 From actor Cary Elwes, who played the iconic role of Westley in The Princess Bride, comes a first-person account and behind-the-scenes look at the making of the cult classic film filled with never-before-told stories, exclusive photographs, and interviews with costars Robin Wright, Wallace Shawn, Billy Crystal, Christopher Guest, and Mandy Patinkin, as well as author and screenwriter William Goldman, producer Norman Lear, and director Rob Reiner.

Cary Elwes was inspired to share his memories and give fans an unprecedented look into the creation of the film while participating in the twenty-fifth anniversary cast reunion. In As You Wish he has created an enchanting experience; in addition to never-before seen photos and interviews with his fellow cast mates, there are plenty of set secrets and backstage stories.

With a foreword by Rob Reiner and a limited edition original poster by acclaimed artist Shepard Fairey, As You Wish is a must-have for all fans of this beloved film.


At the tender age of 4, I fell in love for the second time in my short life. After watching (and subsequently re-watching dozens of times) "The Princess Bride," I developed a crush on Westley, the masked man, and the heroic tale of true love conquering all. So great was my love for the story, that at 5 I dressed as Princess Buttercup for Halloween. Now, more than 20 years later, when asked about my favorite movie, I'll give a top five. And "The Princess Bride" always makes the list.

Imagine my excitement when I learned that Cary Elwes, the masked man himself, had written a memoir about his experience making the beloved movie. I listened to the audio book read by Elwes and others, like Robin Wright and Rob Reiner, because there's something so moving to me about listening to a person's story as told by them.

While there was nothing terribly shocking or scandalous during the making of the movie (aside from some unexplained and unplanned midnight fire drills and a couple of minor injuries), there were a lot of laughs. That's what struck me most about the memories Elwes and others shared. There was so much joy, so much love that went into the movie. How fitting when you consider how much joy and love it gave, and continues to give, fans like me. At times the story left me choked up, and it gave me an overwhelming urge to watch the movie again to re-experience the magic of it all.

More than worth the time spent reading--or in my case listening--I highly recommend this to anyone who inevitably smiles when they hear the words "as you wish," "inconceivable," or "twoo looove."