Day 3: The One & Only
By Emily Giffin
Published May 20
Picked by Whitney 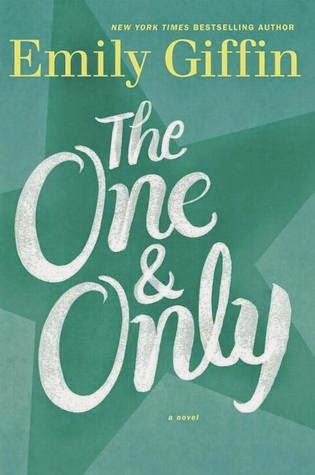 Thirty-three-year-old Shea Rigsby has spent her entire life in Walker, Texas—a small college town that lives and dies by football, a passion she unabashedly shares. Raised alongside her best friend, Lucy, the daughter of Walker’s legendary head coach, Clive Carr, Shea was too devoted to her hometown team to leave. Instead she stayed in Walker for college, even taking a job in the university athletic department after graduation, where she has remained for more than a decade.

But when an unexpected tragedy strikes the tight-knit Walker community, Shea’s comfortable world is upended, and she begins to wonder if the life she’s chosen is really enough for her. As she finally gives up her safety net to set out on an unexpected path, Shea discovers unsettling truths about the people and things she has always trusted most—and is forced to confront her deepest desires, fears, and secrets.

Thoughtful, funny, and brilliantly observed, The One & Only is a luminous novel about finding your passion, following your heart, and, most of all, believing in something bigger than yourself . . . the one and only thing that truly makes life worth living.


I worship at the altar of Emily Giffin. (Case and point: I had the book sitting on the kitchen table after it was returned to me by the friend I lent it to, and my husband said “Is that a new Emily Giffin book? I haven’t seen it before.”) Just as I have with her other books, I eagerly awaited the release of The One & Only.

There was a lot to like about The One & Only. I mean, the whole story was based around a football school and living in Nebraska, that is something that I could easily relate to. (And maybe it’s because I live in Nebraska that I noticed this, but in the past few books Giffin has made nods to the Cornhuskers, which makes me like her even more.) I also liked the characters themselves—specifically writing an awesome female character into the more-traditionally male-dominated sports media world—and the more complex, serious storylines that were explored.

However. And it’s a big however: I did not love the ending of this book. From what I have seen, the ending of this book is perhaps one of the most controversial things to ever happen. (OK, a slight exaggeration but only a slight one. I’m not joking about how people have felt about this ending. You either LOVE it or HATE it. It’s like picking Team Edward or Team Jacob. Or Team Peeta or Team Gale. That serious of a decision.) Without giving anything away, so that you can be unbiased in deciding which team you want to be on, I will just say this: I totally understand the overall issue and how it fits in to the overall theme of the book, but I also feel more could be done in the story to make me see how this happens and feel a little more resolved.

All the same, it takes a talented author to create a story that makes people think about an idea as much as you do after finishing this book, so that in and of itself is a reason to check it out.