Day 5: The One
By Kiera Cass
Published May 6
Picked by Laura 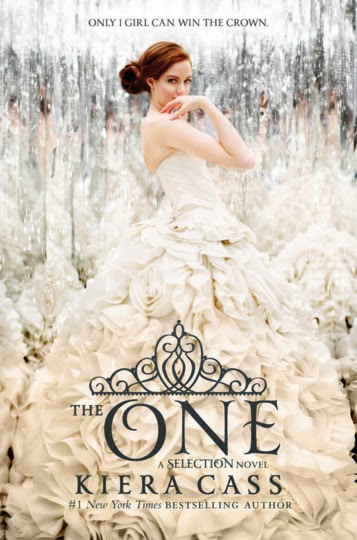 The highly anticipated third book in Kiera Cass's #1 New York Times bestselling Selection series, The One will captivate readers who love dystopian YA fiction and fairy tales. The One is perfect for the fans who have followed America's whirlwind romance since it began—and a swoon-worthy read for teens who have devoured Veronica Roth's Divergent, Ally Condie's Matched, or Lauren Oliver's Delirium.

The Selection changed America Singer's life in ways she never could have imagined. Since she entered the competition to become the next princess of Illéa, America has struggled with her feelings for her first love, Aspen—and her growing attraction to Prince Maxon. Now she's made her choice . . . and she's prepared to fight for the future she wants.

Find out who America will choose in The One, the enchanting, beautifully romantic third book in the Selection series!


You can't call me a die-hard fan of the Bachelor franchise. I'll admit I regularly watched a few seasons during the late 2000s. And I may have followed a few of the former cast members on Twitter, searched for spoilers and never missed a post from a Bachelor-focused blog for couple of years. Okay, so I was a fan. I confess. It was that brief fandom--plus my need to cleanse the YA palette after binge-reading the Hunger Games series--that led me to The Selection, based on the recommendation of a friend. I've been following America's quest to end up with Maxon or Aspen since 2012 and was delighted to have a resolution this year.

Not as strong of a book as The Elite perhaps (which was surprisingly action-packed), but more exciting--and less frustrating--than The Selection, the final book in this series gives readers long-anticipated answers. At the same time, it took some adventurous and unexpected turns. This series' finale satisfied the teeny bopper inside of me who occasionally (regularly) needs her angst fix.

And while feeding the YA hunger I acquired thanks to the Twilight franchise, this series differed in that the main character shows personal growth. While I might have liked to see more developed with the political issues and rebellion, this series' greatest strength comes in how much the main character develops and grows up through her experience in The Selection. She takes responsibility for her actions, which atones for some of the aforementioned annoyances I experienced reading book one.

Overall, I was satisfied by where America landed at the end of her story and the journey and development she underwent to arrive there.