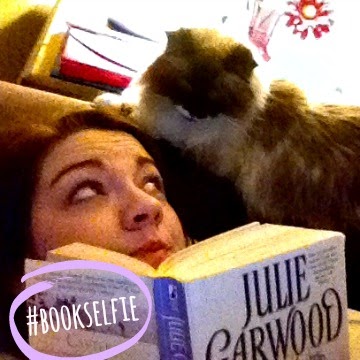 If you've been following the blog the past couple of months, then you know I've been working the "I'm an author now" job pretty consistently. I released The Marrying Type in February, finished the first round of edits on my third novel in March, and I've spent April writing the first draft of a holiday novella due out later this year. This is all good stuff, and I feel terribly busy and important. ;)

There's one downside to all of this productivity: It's really hard for me to get into any new stories (book, TV, or movie) when I'm heavily engaged in writing project mode. It's part of the reason I elected to stop officially doing book reviews. For a while I thought I was a big weirdo because of this, but I've heard a couple of other authors say they have the same problem. For me it's not that I'm afraid I'm going to accidentally steal that other book's voice or story. It's more like my strange little brain just can't handle any more new stories, while I'm working on my own.

Fortunately, I've found a good workaround to satiate my still-persisting desire to consumer entertainment. In February I re-watched every episode of The Mindy Project. (Please don't take this show away from me, Fox. I need it to survive.) That led to me re-watching every episode of The Office, 30 Rock, and Parks and Recreation, which led me to a couple of weeks ago. By this point in time, my Roku and I needed to take a break to explore other projects. And I missed reading.

On impulse, last week I picked up a copy of The Prize, one of my favorite historical romance novels by Julie Garwood. It was one of the first romance novels I read back in seventh grade, when one of my best friends introduced me to the genre. After I became accustomed to the sexy times depicted (I was 12, guys, and not too worldly), I fell in love with Garwood's writing, which led me to other historic romances by the likes of Catherine Coulter and Judith McNaught. (I also turned to contemporary romance, but that's not where my head is today!) 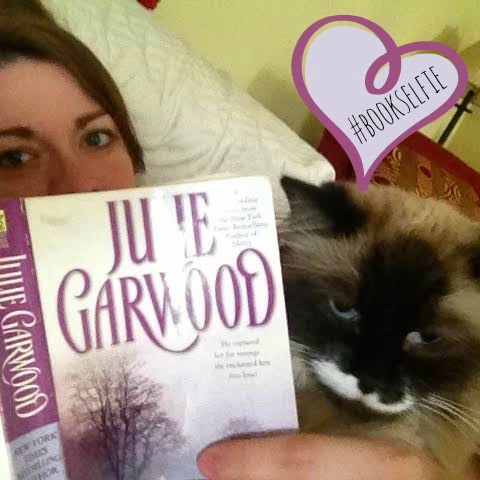 I've re-read many of those books several times over the years. I know of people who are staunchly against re-reading books. I had an English teacher once say she couldn't understand why I'd waste my time doing that when there were more books than I could ever read in a lifetime. I didn't have a good explanation for her then other than the fact that I just enjoyed it. (In hindsight, that's a perfectly fine answer, and I should've felt no shame saying it.) But now I realize it's more than that. When I re-read these books, I'm reacquainted with characters and settings and stories that are like old friends to me. Though the words are same, each reading isn't the same experience. Oh sure, I still laugh and gasp and shout an "OMG" at some of the same places. But because I'm always changing as a person, the story always reaches me in a new way.

I'm working my way through my Julie Garwood collection right now. It's fairly safe to say stories about British nobles, soldiers, and Highlanders won't be working their way into my contemporary chick lit novels, but they are still inspiring me to tell stories that will touch, or at least entertain, an audience.

Here's my complete list of re-reads the past 10 days:
And I am currently re-reading The Lion's Lady.

(I also skimmed some scenes from Whitney, My Love by Judith McNaught and The Countess by Catherine Coulter, but those don't officially count as re-readings. I'm sure I'll get to them eventually. It's going to be a full summer of writing and editing.)

Are any of you re-readers? What are your go-to authors and books?

Email ThisBlogThis!Share to TwitterShare to FacebookShare to Pinterest
Labels: #bookselfie