reading in the kitchen - johnny-cake 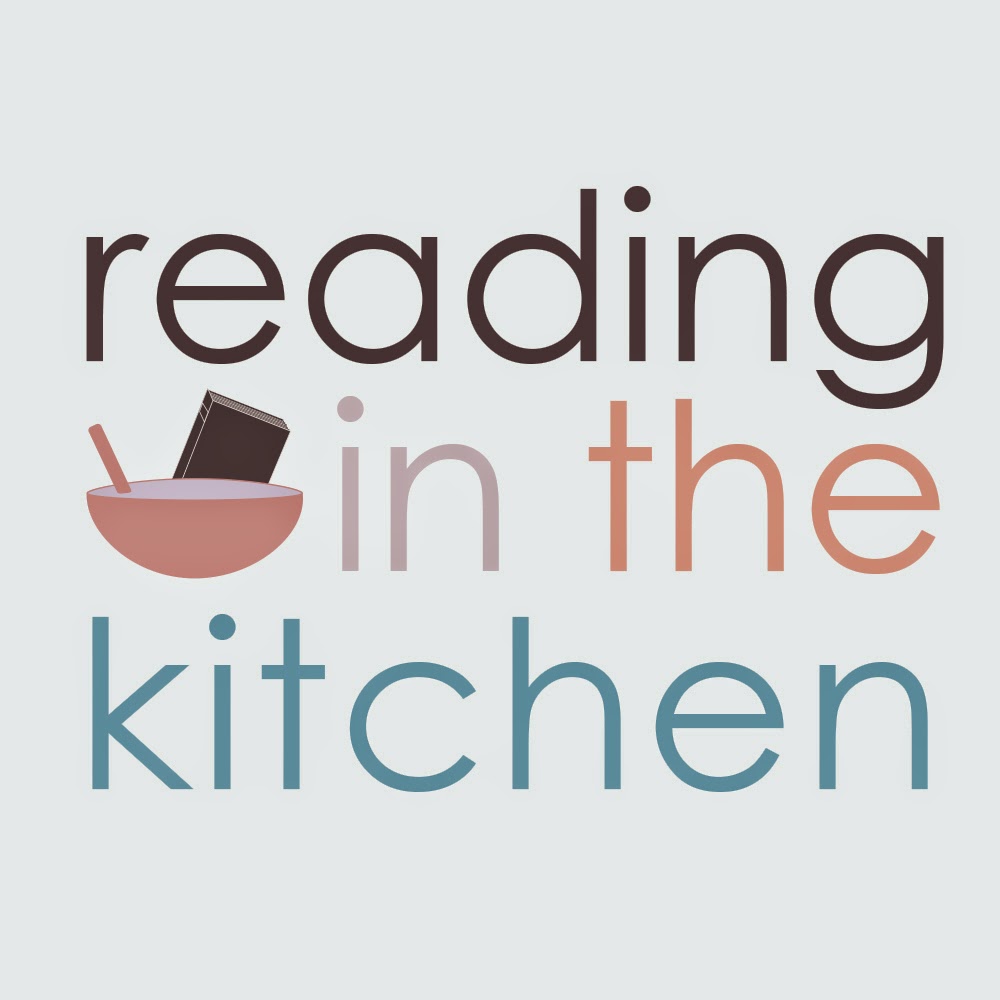 As I work my way through the food of Laura Ingalls Wilder's Little House series, and the Barbara M. Walker's The Little House Cookbook, it seemed inevitable that I would eventually make a recipe containing corn meal, buttermilk, and molasses. Maybe it's just me making assumptions, or it's all in my head, but when I read the series, it seemed like just about everything they ate had to contain one or all three of these ingredients.

Obviously that isn't the case--this is our first time working with any of these ingredients so far and we're three months into the process--but here we go. Johnny-cakes. These are mentioned straightaway in Little House in the Big Woods, and in the book Laura asks Ma where the name came from. Maybe it's a nod to the Johnny Rebs of the Civil War. Or maybe it's a New Englander's way of saying "journey." Either way, the three key ingredients in this dish are corn meal, buttermilk, and molasses.

So obviously I had to give this recipe a try. 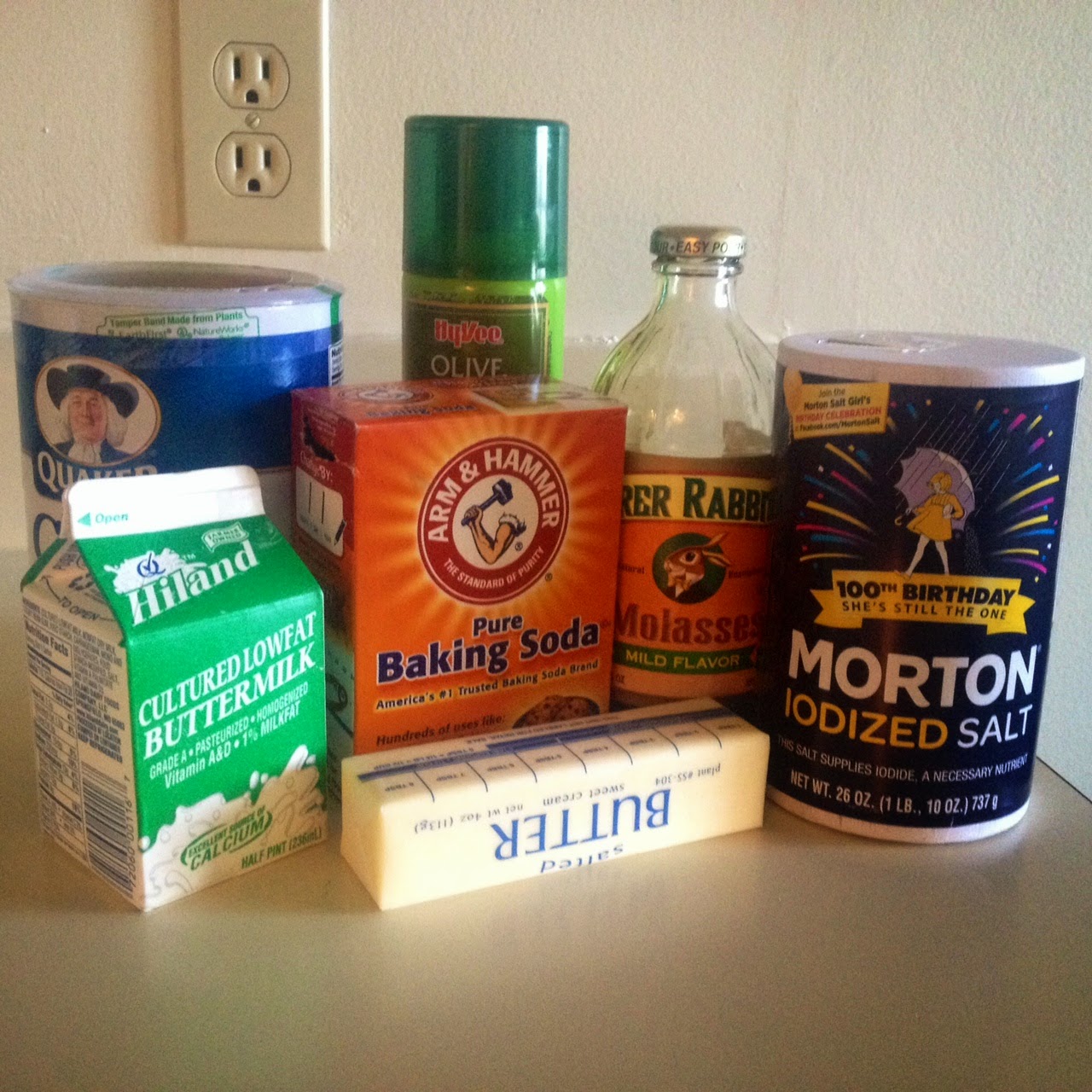 First up, I mixed the dry ingredients--cornmeal, baking soda, and salt--together in a large bowl. The recipe called for white or yellow cornmeal, and I used white. My natural instinct would've been to use yellow (isn't corn supposed to be yellow?) but they were out of it at the store. 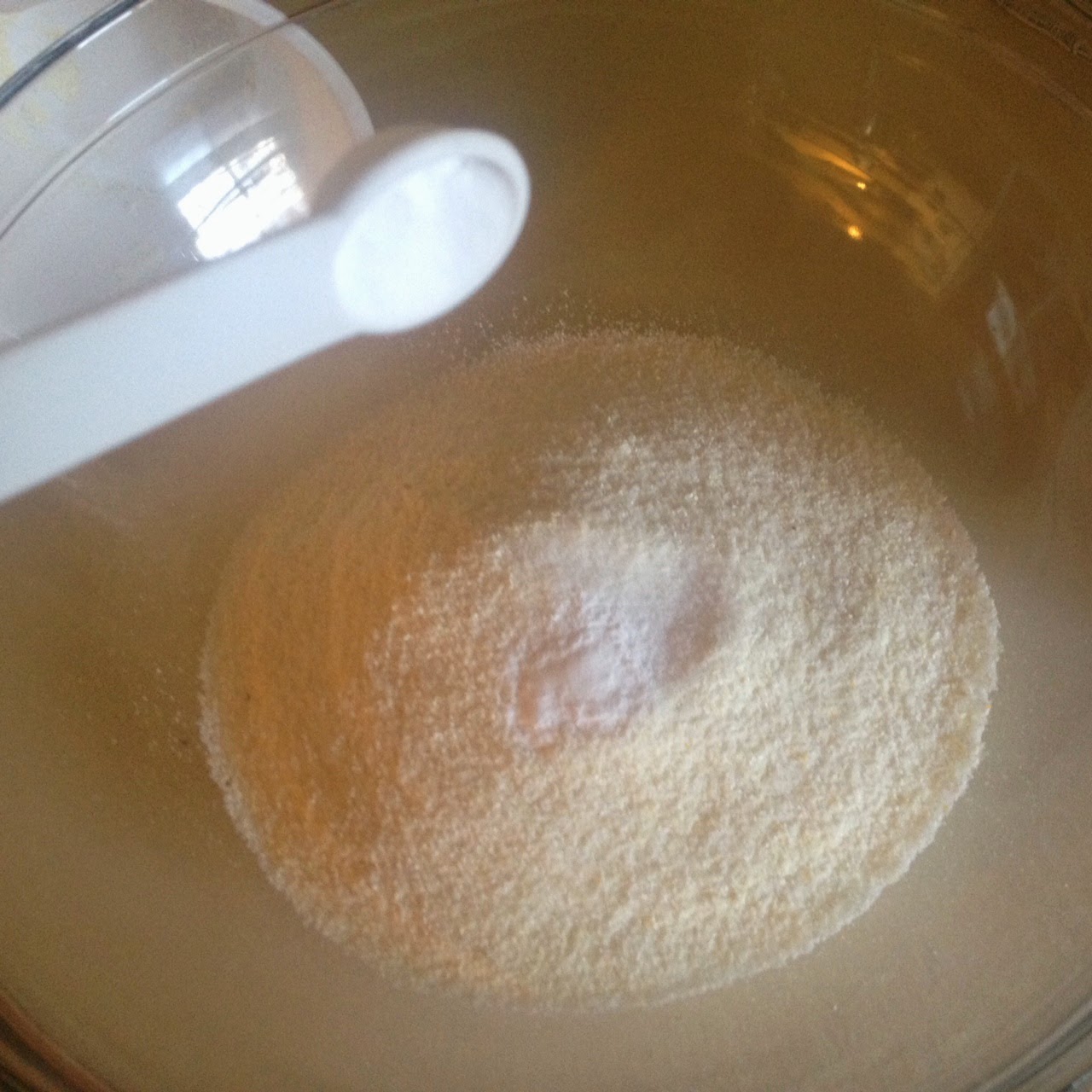 As will be the trend throughout the rest of the year, I next subbed butter for drippings. (Quick reminder, I'm a pescetarian, which means I eat some fish, but mostly maintain a vegetarian diet. Bacon drippings aren't exactly a staple in my kitchen.) After consulting my mom--and my own taste buds--I determined butter would be an equally delicious substitute. 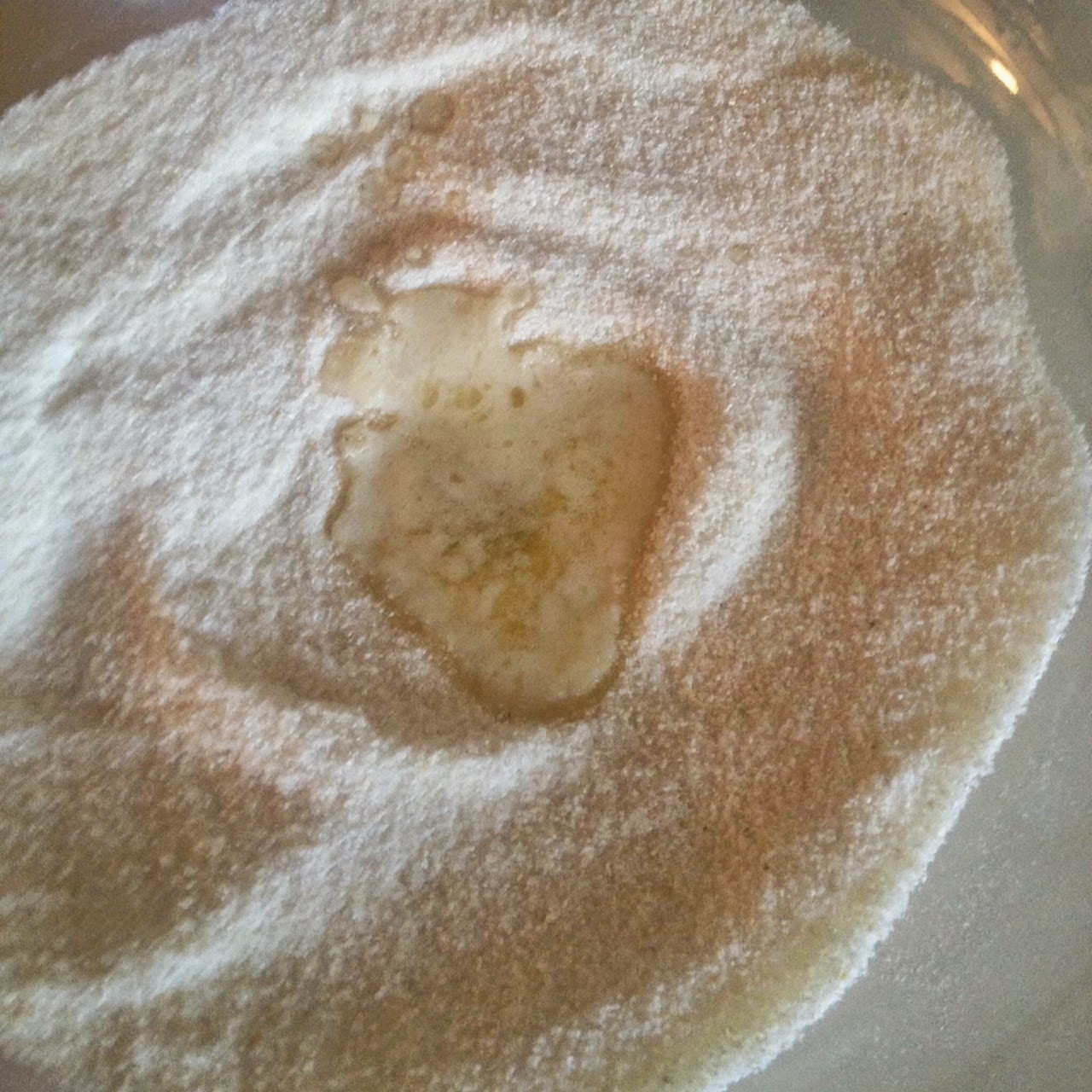 I mixed a spoonful of molasses into boiling water. Now that I've tasted the finished product, I'm glad the molasses was diluted. I made snow candy once upon a time, and the sugary molasses did not make a terribly great impression on me. 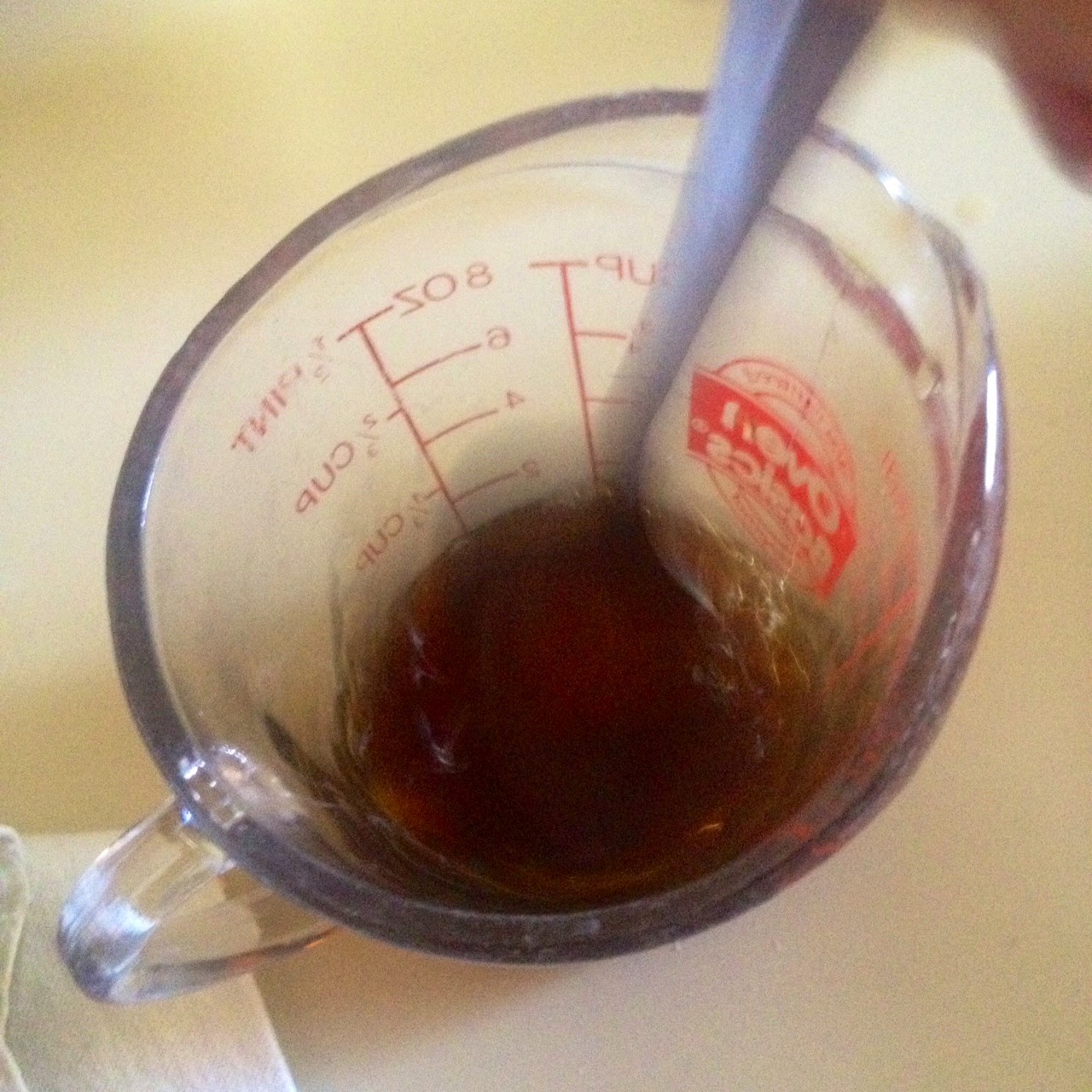 I mixed the butter and watery molasses into the dry ingredients to create a paste. 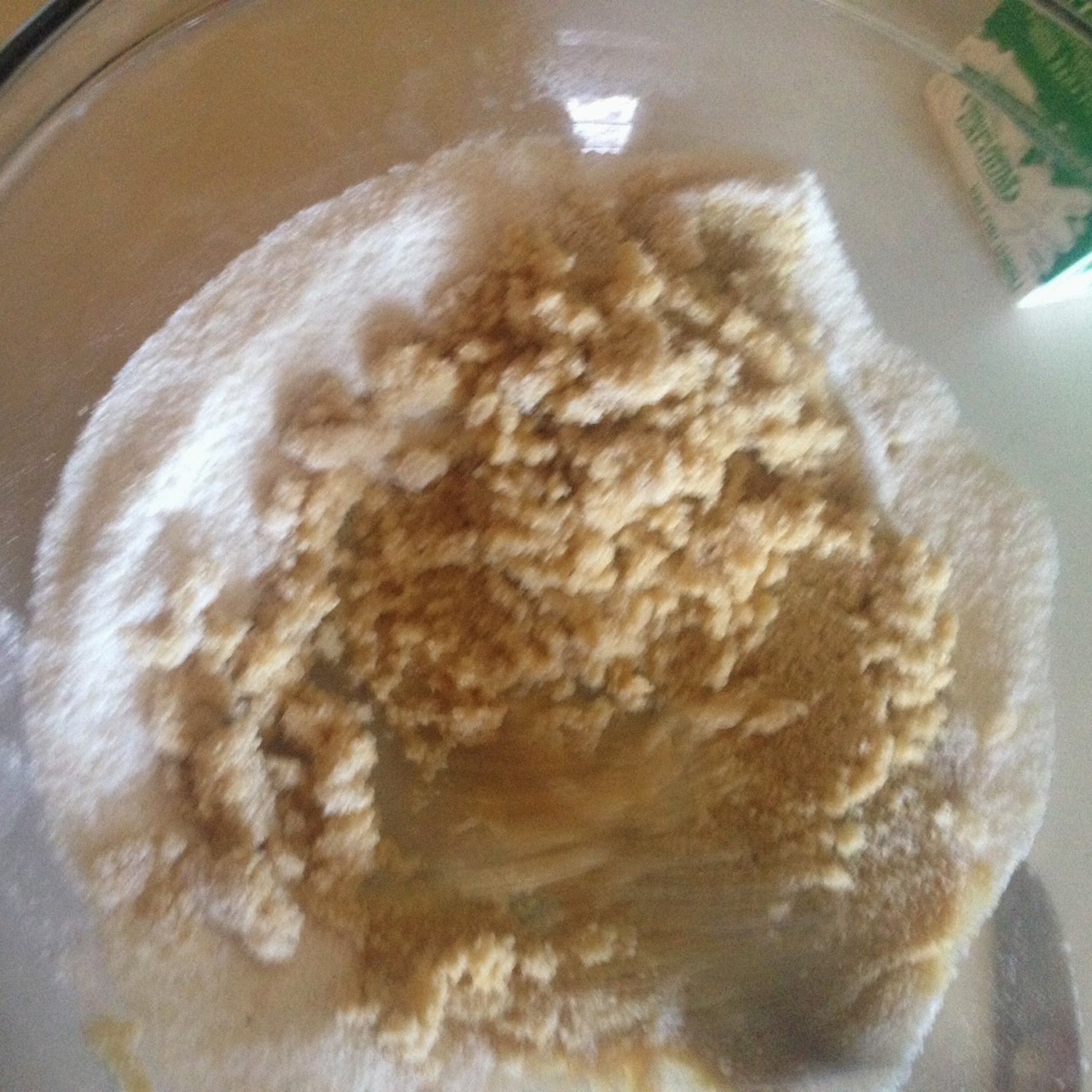 Then in went the buttermilk... 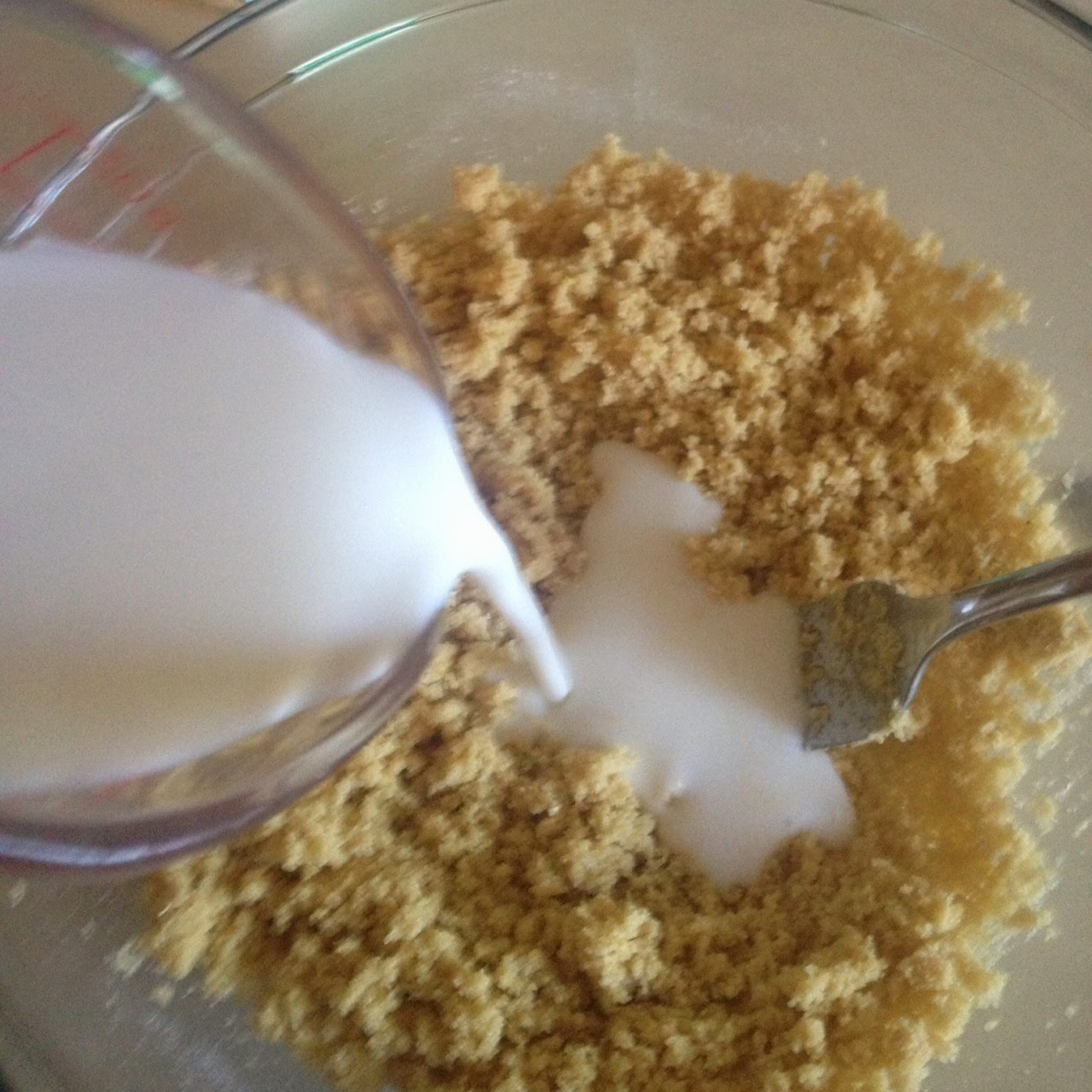 And I poured the thick, gritty batter into a greased pie plate. I only made a half batch, so it all fit nicely into one pie pan in a thin layer. 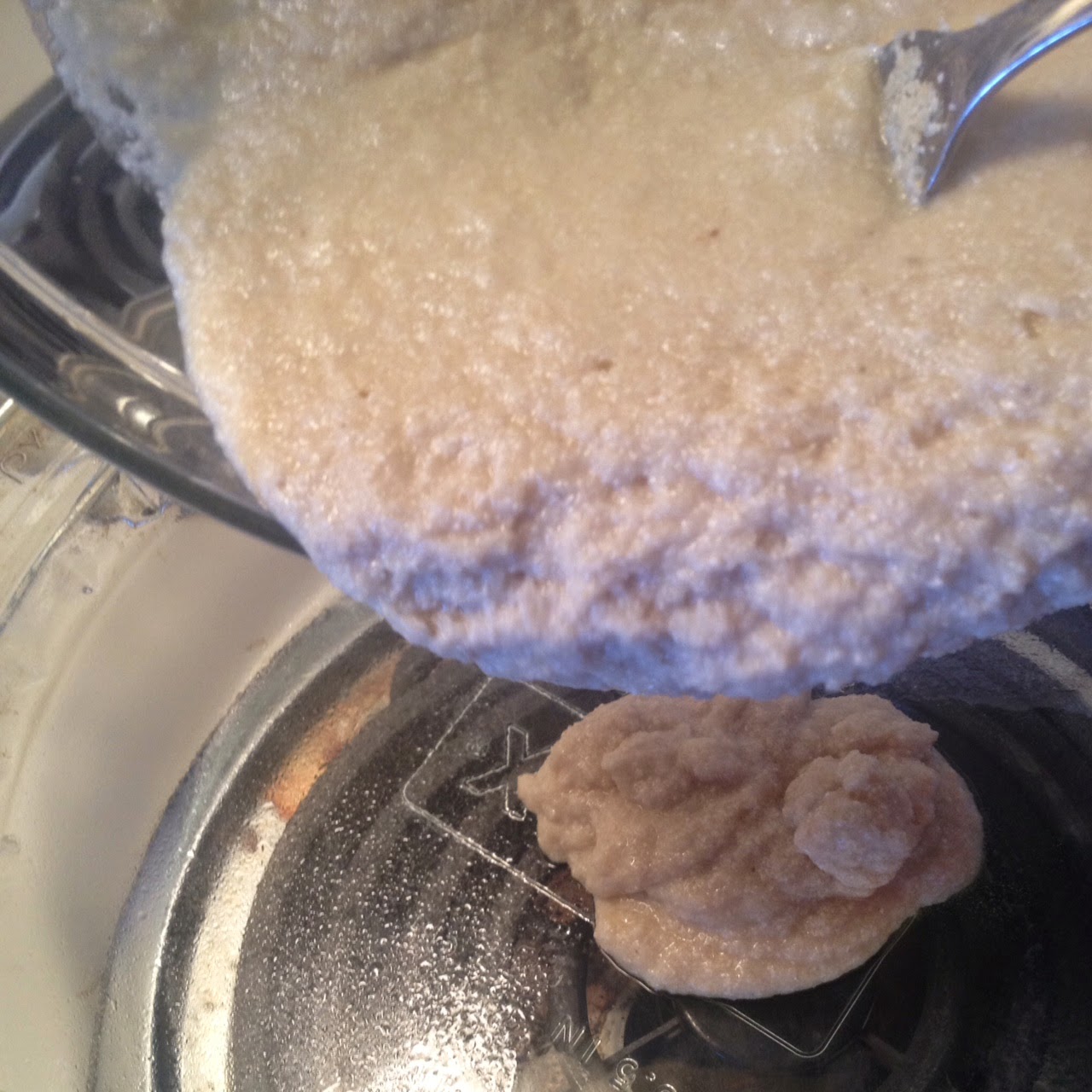 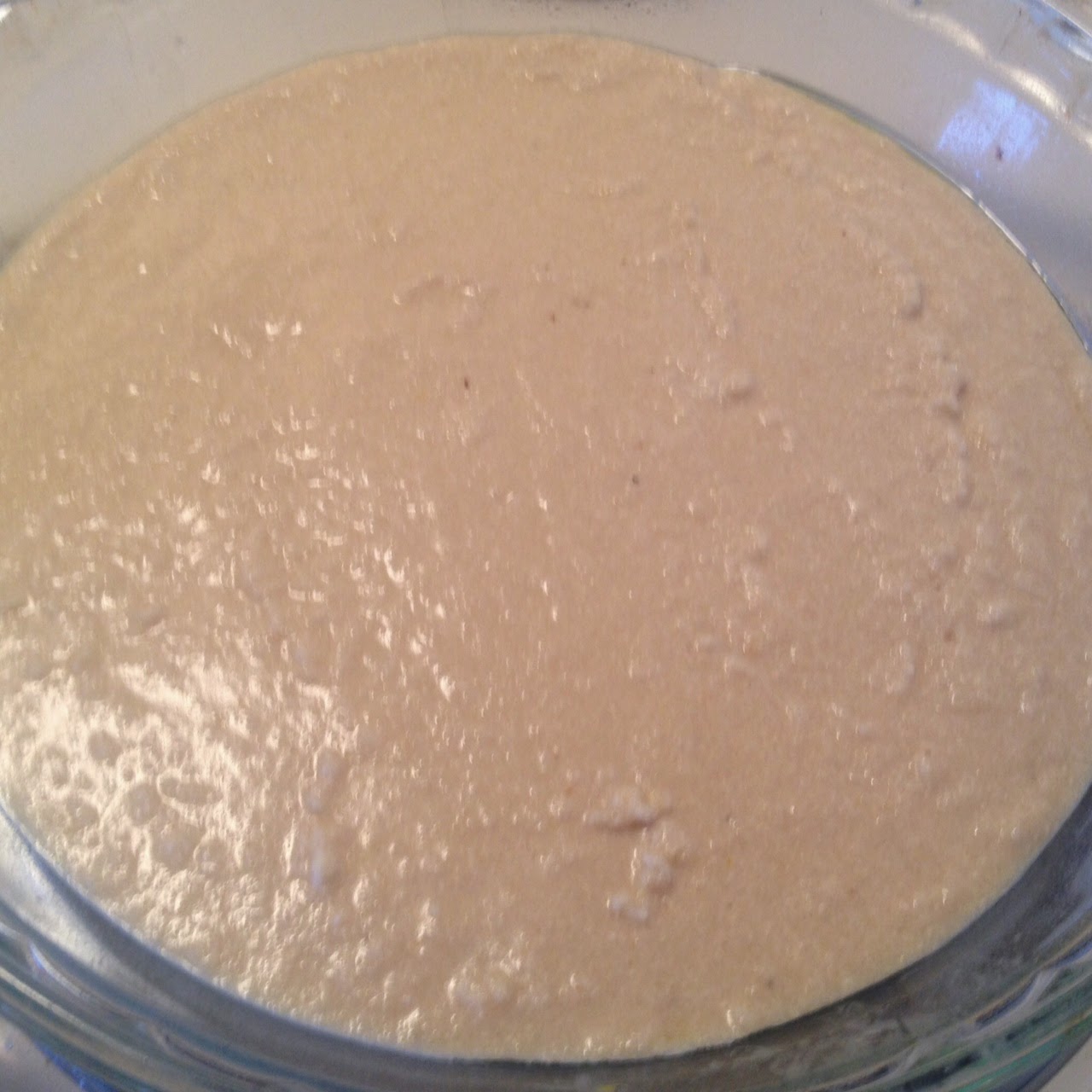 After the disappointing turnout from the fast-baking heart-shaped cakes last month, I popped the pan in the oven at a lower temperature (350 degrees) and for less time (20 minutes). Baking much like a thin quick bread, this was done in 17 minutes. 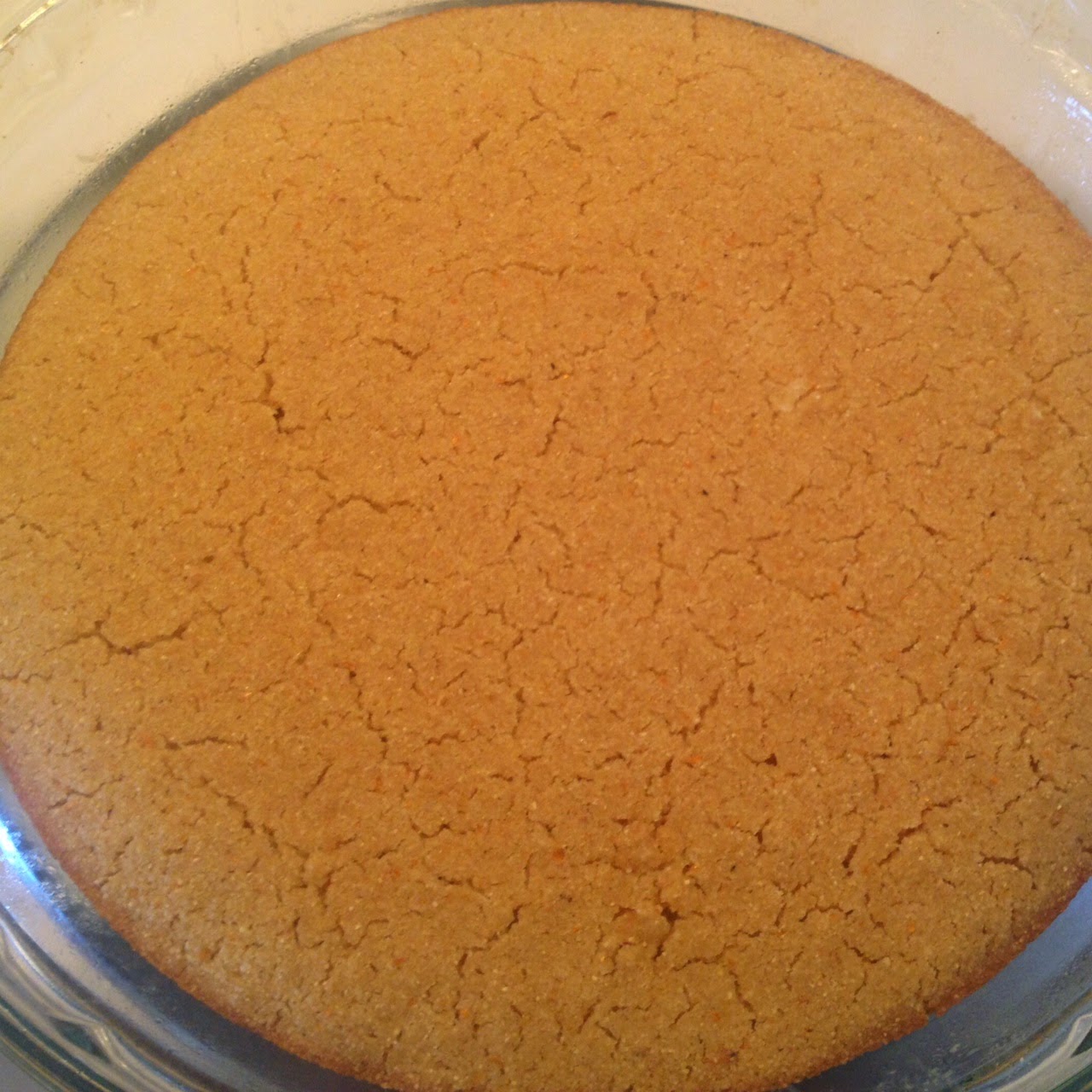 The cookbook suggested serving the johnny-cake with more molasses (I cringed at the idea) or honey, so I went with that. 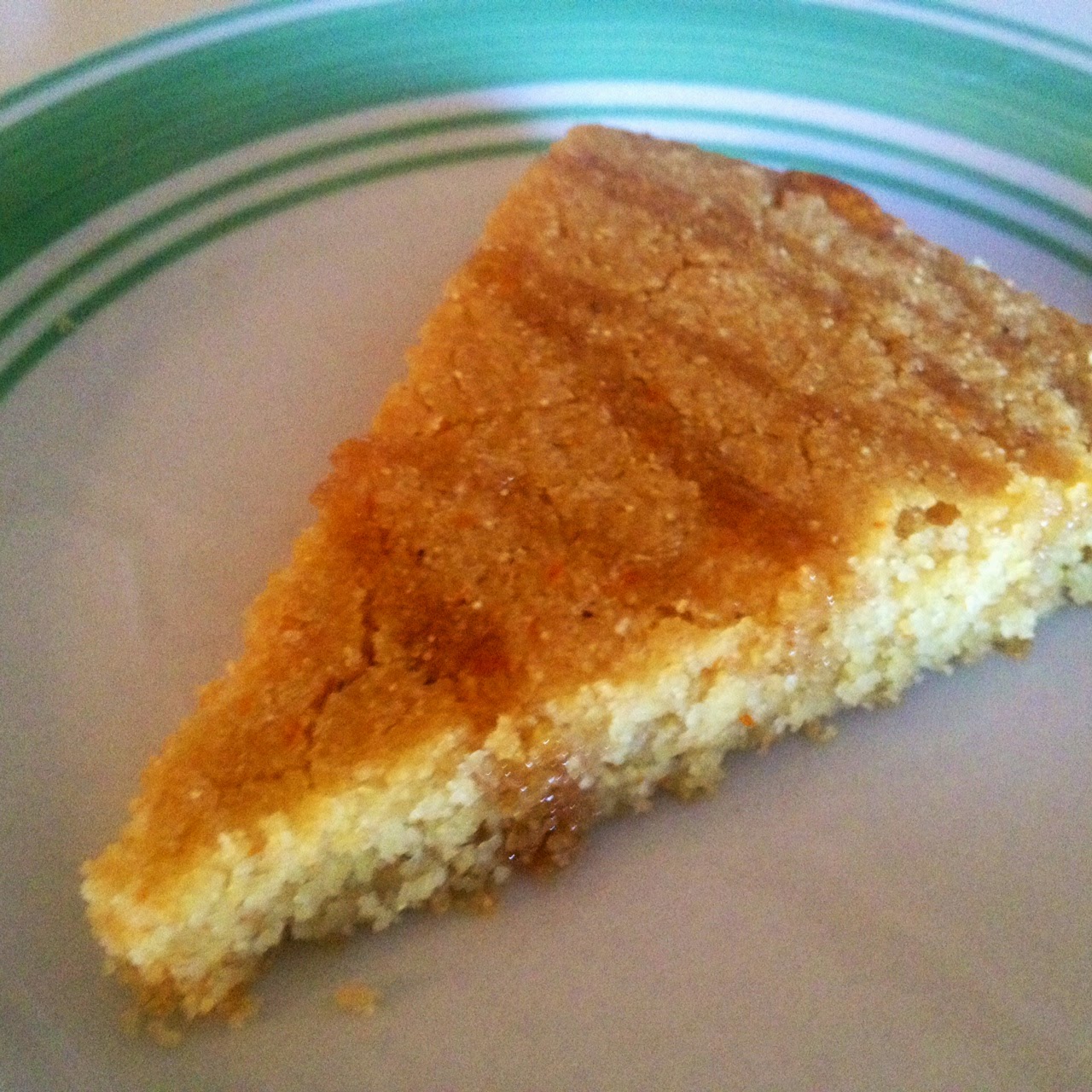 And it was actually pretty delicious. It turned out much the way I expected, and even developed a nice yellow color, despite the fact that it was lacking the yellow cornmeal.

To try it for yourself turn to pages 21 and 22 in The Little House Cookbook.