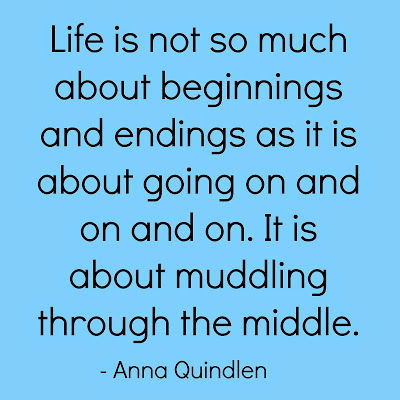 I've been thinking about endings a lot lately. It probably has everything to do with Parks and Recreation and Mad Men airing their series finales. I'd imagine The Mindy Project's cliffhanger of a season finale also has something to do with it (and the fact that I would have had sleepless nights if Hulu hadn't stepped up to air Season 4).

Watching these final episodes stirred something in me, which naturally led to my considering endings as a reader and writer. I definitely have a set of standards for what I like best in endings.
Okay, so maybe that isn't as brief of a list at seemed in my head, but there it is. And it's funny that I haven't given this a ton of thought until recently, because I realize this has always been the case. Maybe it's because I have an overactive imagination. Like in The Velveteen Rabbit, once I love characters they become real to me. And I like to imagine their stories for myself. 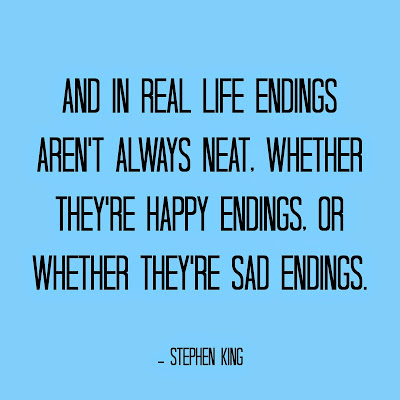 This is likely the reason I'm not a big fan of sequels coming out years after the previous installments. Even though the author/filmmaker probably knows best for their story, in my mind I've already told it. And I don't want to be wrong. (Which is why I won't watch The Little Mermaid 2: Return to the Sea or read Mad About the Boy.)

This is also why when you read one of my stories, the ending isn't long and leaves room for you to keep imagining what else could happen. Brevity is beautiful, but more importantly, I think a story is like a party. You should arrive late enough that the fun is already in progress and leave before you're asked to go (or worse, clean up). If there is enough of a story to tell after the story, well, you can always throw another party, right?

Anyway, this is just my rambling take. I'm curious about your thoughts, though. What do you like best in an ending as a reader/viewer/creator?