If you follow me on social media, then you saw this little announcement super late Saturday night... 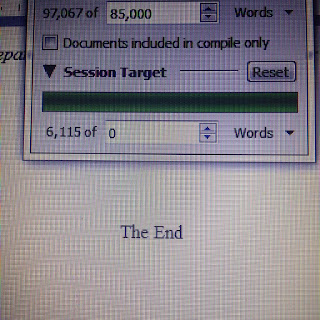 There's not a ton I can say just yet about this project other than:


So what's next? Well, obviously after publishing one novel earlier this year followed by writing and editing a novella, preparing a third novel for publication, and finishing the first draft of my fourth novel, I need a break. So I gave myself all of Sunday to night work on any writing projects, and I started my fifth book on Monday night. ;) There's definitely not much I can say about this new project (it's WAY too early of days), but it feels good to keep pressing forward now while the engines are going.