book selfie: 'down the rabbit hole' 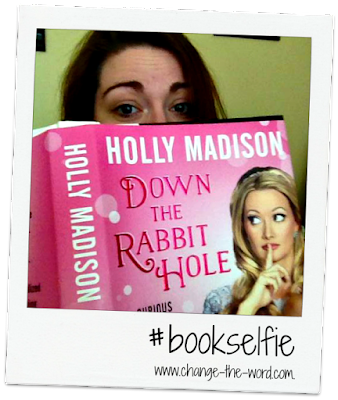 The college student in me who binge-watched episodes of The Girls Next Door (then for the next couple of years sporadically followed along additional adventures in Holly's World and Kendra) couldn't resist reading Down the Rabbit Hole: Curious Adventures and Cautionary Tales of a Former Playboy Bunny by Holly Madison.


A former girlfriend of Hugh Hefner describes how her years inside the Playboy Mansion went from a fairytale of A-list celebrity parties to an oppressive regime of strict rules, scheduled sex, and a total loss of identity, so much so that she even contemplated suicide.

While watching the show, Holly was always my favorite. I admired Bridget's spirit and work ethic, and Kendra made me laugh, but there was something about Holly that really drew my attention. Sure, she was living in a mansion, traveling the world, and having any number of adventures, but I felt a little sorry for her. Behind her perfect hair, makeup and body, she always seemed a little sad and even lost. As she describes in her account of living in the Playboy Mansion and the years following, she was both sad and lost.

The book also showed that Holly was probably more shy than I would have expected, but also smarter and more aware of how to play the game than others might have suspected during her run on TV. (I've been re-watching the first season of The Girls Next Door since reading the book, and I swear it--in particular she--looks different after reading this story. Like, I've noticed how much general knowledge she seems to have, and how most of her ridiculous lines are said pretty tongue-in-cheek.) 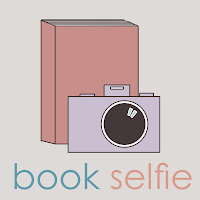 I received what I expected from reading this book--the revelation that what happens behind-the-scenes if a reality TV show isn't what you see on screen. I'll admit, I anticipated more dirt and flat-out name-calling, particularly with the outcry of contempt from some in the Playboy camp. I was also a little surprised by how much of the story took place after she left the mansion, but that was some of the most interesting to learn about.

I also know that this is only her side of the story, and we always know there are three sides: what he says, what she says, and the truth. And what she says made for an easy read that reminded me of the guilty pleasure I gained from tuning into E! regularly in the pre-Kardashian days. Fans of the show (and maybe even light beach reads) will likely find this entertaining or at least interesting.

Even knowing that there is probably more to the story, I found myself admiring Holly for her honesty and her personal growth. She accepts responsibility for making her decisions, but she also shows that she has learned some of them were mistakes and that she has learned from them.

Perhaps what most surprised me about this story was how well the it cold be spun into a New Adult novel. Granted, we would have to introduce the roles of Criss Angel and Holly's eventual husband much sooner to have us readers forming our opinions and becoming #TeamHugh, #TeamAngel, or #TeamPasquale much sooner in the trilogy (yeah, I've decided this will be a trilogy, pre-GND, GND era, and post GND), but Holly, I think we could make it work. ;)

I'd recommend this book for anyone who shares my fascination with the Playboy Mansion, particularly in Hef's three "girlfriends" during the early days of the E! show. And until then, I recommend this interview Holly did with Buzzfeed.