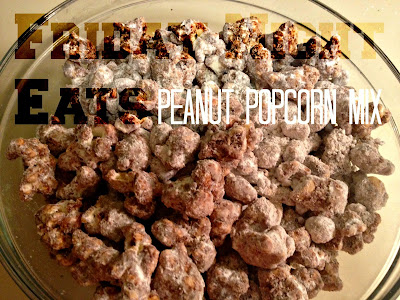 I don't know about you, but when I'm eating a bunch of salty foods like chips and pizza during a day of football watching, eventually, I need a sweet treat. Puppy Chow was one of my favorite treats growing up. If you aren't familiar, this is a kid-friendly--though kind of messy--snack combining chocolate, peanut butter, powdered sugar, and Chex cereal.

This peanut popcorn mix takes some of those same components to create a sweet and salty snack to round out your game day food spread. While this is not a recipe anyone made in First & Goal, it is one I can imagine Harper making as a last-minute munch for the league's watch parties. 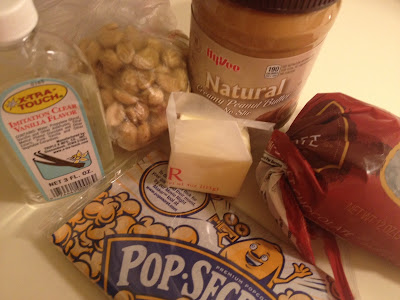 Directions
Over medium heat, melt chocolate, butter, and peanut butter in a small sauce pan. Follow directions for making popcorn. Once chocolate mixture is melted, remove from heat and add vanilla. In a large bowl, combine popcorn, peanuts, and chocolate mixture until everything is evenly coated. Mix in powdered sugar. (If it's easier for you, shake the powered sugar onto the popcorn and peanuts using a large plastic bag.)

Though you can enjoy this dish year-round, there is something particularly fitting about having this on a crisp fall day. It is also so easy to make and serve (and uses ingredients I typically keep on hand) that it is great for a quick "oh-crap-I-need-to-make-dessert" treat. 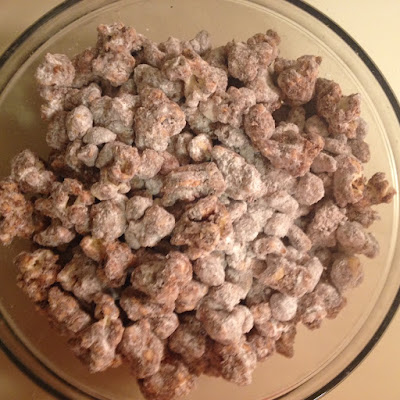