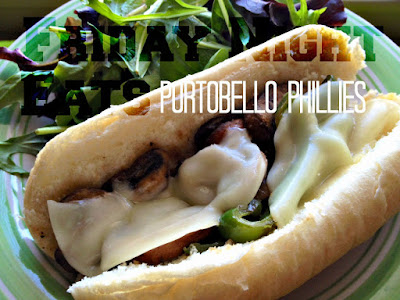 Harper Duquaine, the heroine of First & Goal, is a pescetarian. That’s not some religious faction or cult, but a dietary practice that involves abstaining from eating meat, with the exhibition of some seafood, dairy and eggs. Basically it’s like being a partial vegetarian.

I know, it sounds completely obnoxious, and it kind of is. I’ve been a practicing pescetarian since August 2011, and I gave this trait to my main character, because… well… because. For a young woman regularly hanging out with a bunch of red-blooded, beer-swigging, meat-eating men, making my main character a non-meat eater seemed like a natural way to add another layer of tension amongst the characters. Trust me, it does. I’ve done the research.

Not all of the men find Harper’s pescetarianism objectionable. The considerate, patient and basically adorable Brook MacLaughlin finds ways of accommodating her lifestyle choice without making it weird or difficult. It’s not hard to understand why she develops feelings for him, huh?

One way Brook caters to Harper is by making her a Vegetarian Philly Cheesesteak. That sounds like an oxymoron, but it’s actually quite delicious. It also makes for a cute scene, because cooking together is a pretty intimate – and sometimes humorous – experience for a new couple. 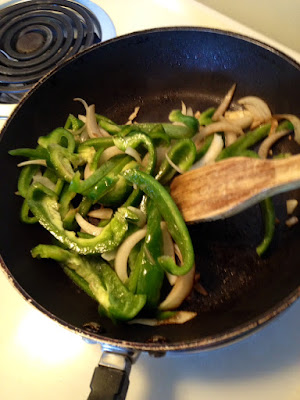 Add onion, pepper and garlic. After a few minutes add sliced mushrooms and as much black pepper as desired. 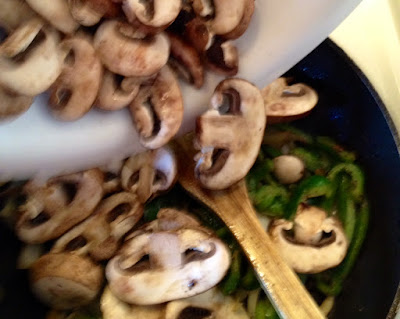 Cover and cook over medium heat for five minutes. Reduce to low heat and stir mixture. Cook for another five to ten minutes to create a mushroom broth.

Serve on hoagie with provolone cheese. Allow cheese to melt partially before serving.

If you’re making this for someone who insists on putting red meat in everything, go ahead and throw some in with this, though you don’t need it. Portobello mushrooms have a naturally beefy flavor that intensifies as it cooks. You can also make this with large mushrooms that are sliced more like beef would be. I usually go for the baby portobellos, because they’re cheap and easy, which I love. You could also substitute whatever cheese you liked, but provolone is creamy and not over-powering in its taste, which makes it a great companion to this flavorful sandwich.

Another great thing about this? Even with the bread and cheese, it comes in just under 300 calories (296 according to MyFitnessPal). It’s also a great source of protein. Here’s the other dietary info if you’re keeping track at home: 42 grams of carbs; 8 grams of fat; 16 grams of protein; 4 grams of sugar; 4 grams of fiber.

This is a great fall/winter dish and goes especially well with football and beer. I made it in time for Sunday football last fall, and I’m basically in love with this dish now. Maybe that’s why I worked it into the book…

What are you favorite dishes to eat for tailgating or football watch parties?