Welcome to Day Three of the Here Comes The Bride Blog Hop!


Today, I'm sharing an interview with Elliot Lynch, wedding planner extraordinaire from The Marrying Type. We'll cover everything from what it's like to plan a wedding around a reality TV show, bridezillas, and more.

Be sure to enter the Rafflecopter down below for your chance to win some fabulous prizes including e-book copies of: The Marrying Type by moi, Spinster Wedding: a novella by Nikki Mahood, Up To I Do by Samantha March, Hearts Afire by Monique McDonell, and Royal Secrets by Kathleen Irene Paterka.


Were you nervous on the first day of filming? 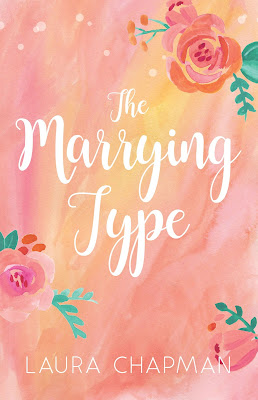 So nervous. Even though my cousin was the producer--and the person who talked me into participating in the reality show--I was freaked out the entire time. I've never really watched reality TV, let alone had any aspirations of being on it. It's something I had to do to save my family's business, which made me all the more nervous.

Did anything go wrong?
I kept having to repeat myself, because I couldn't get the format right. When you're filming a show, you have to include context when you speak, because the viewers don't always have it. I also had a lot of trouble not staring directly into the camera, because I was so nervous. Aside from those things--which I've gotten used to in the past couple of months--it was just wedding mayhem as usual. Every wedding has its own drama. That's why people hire me--to manage the drama and make the day a hit no matter what happens.

Be honest: Do you have a Bridezilla story?
A better question might be how many bridezilla stories do you have? Though that would be hard to answer definitively--there are countless. You can read about some of my close encounters of the matrimonial kind in The Marrying Type, but here's one that isn't in the book. I once had a bride change her dress four times before she finally committed to the fifth one. An old family friend runs the bridal boutique, and I honestly was scared she'd ban me from ever bringing another bride back. Eventually it was all settled, and the bride's parents covered the expenses of all of the changes. Unfortunately, even after all of that, she still managed to trip and split the back of her dress half an hour before she was due down the aisle. Luckily my friend doesn't hold a grudge and we were able to mend the dress and send the bride down the aisle basically intact.

Bridesmaids, how many is too many?
I'll admit I'm a fan of having a small, intimate number of bridesmaids. But what matters most is having your best, closest friends--the ones who will have your back no matter what--standing up there with you. I don't care if you feel duty-bound to ask your second cousin once removed because you were in her wedding, what matters is that she--or he, I've seen men step in for the role, too--is someone you need by your side as you begin a marriage. If I can make one more suggestion, I'd highly encourage you to pick someone who can hold her--or his--liquor, and who won't add more drama to an already challenging process.

You can’t have a wedding without family – what is the strangest family involvement you've experienced?
Families can be a beautiful, beautiful thing. They can also threaten to destroy all of your carefully timed and orchestrated plans. I recently had the mother-of-the-bride and mother-of-the-groom nearly get into a fistfight over shoes. With a camera crew standing only a few feet away. You can read more about this in the book, but it's a good example of how complicated family dynamics can be.

Are you still a believer in the happily ever after?
I'm in the business of sending people off as they begin their happily ever afters. But I'm realistic enough to know that no one is guaranteed a happily ever after. I've read all of the articles about divorce rates. I watched my mom--one of the best people I have ever known--fight for her life, even when the odds weren't good. I had a great love that stopped. The world can be a hard place. There are no guarantees. Still, I have to believe that we all have a shot at it. Otherwise what's the point? And maybe even if it isn't like something out of a fairy tale. Maybe it's as simple as sneaking a champagne toast with an old friend in the gardens. Maybe it's grabbing dinner with a new friend. Maybe it's holding onto the hope of second chances. We can still find our pockets of happiness, and they can be good. And wow that was a long answer.

Follow along the blog hop and enter to win:

About The Marrying Type

Always the wedding planner, never a bride, Elliot Lynch is famous for orchestrating the splashiest weddings in Charleston, South Carolina. When her father’s sloppy management practices leave them on the brink of bankruptcy, Elliot will do whatever it takes to save the family business. When asked to appear on “The Marrying Type,” a reality TV show about the people behind the scenes as couples exchange I dos, she says yes to the invasion of privacy (and the hefty paycheck that comes with it).

With a camera crew capturing every detail of her life, Elliot faces her most challenging contract yet: planning a wedding where her ex is involved in every part of the process. Add in a lazy assistant, liquor-loving bridesmaid, and rival planner encroaching on her turf, and Elliot’s wedding season goes from high-end to high-stress.

Forced to confront her past, Elliot must live out her troubled present on national TV if she has any hope of saving her future.