I'd like to think that we've become friends here on Change the Word during the past five plus years. And because we're friends, I'd like to confide one of my deepest darkest secrets. Here it goes... 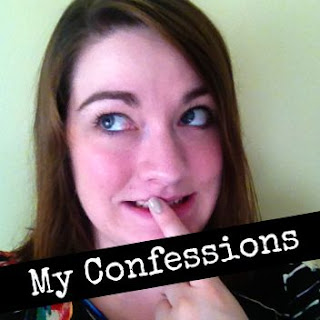 My name is Laura, and I own multiple books featuring covers inspired by the movies. And here's the really sick, twisted part: I like a lot of them just fine.

(Ducks and rolls behind couch to avoid being pelted in the head by one of said movie cover books.)

Hey, I didn't say I loved them. I just said they didn't offend me enough from including them in my book collection.

I know, I know. I'm depraved. I've had many lengthy conversations with friends and family who have explained why having a book with a movie cover is wrong. I get a lot of their points. They're usually something about how the actors don't look enough like the characters described in the pages or how they're uglier than the original. Like I said, I get it. I'm a fan of a well-designed book cover.

I have a perfectly logical explanation for why I've added movie cover books to my collection. 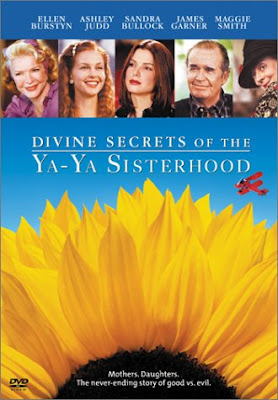 This might say DVD, but it's the spitting image of the book I bought more than 10 years ago while I was at Barnes & Noble (a trusted source) on a break from my job at the movie theater. Because of my job in the film industry (selling tickets and popcorn and stuff) I knew this was coming out in theaters soon, and I wanted to read the book first. This was the copy available, and I picked it up. See, my intentions were pure. I was just trying to be a good little book lover who read the story first so I could go into the movie with enough ammo to critique it! 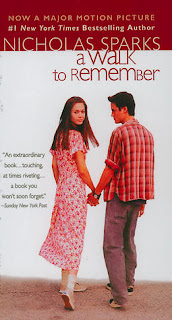 There's a similar story for my copy of A Walk to Remember. And Shane West is adorable as hell and broody, so I won't apologize for liking the fact that he graces the cover of one of my books.

(While writing this post I had one of those "Whatever happened to Shane West" moments that sent me on a Google spree. According to IMDB, he's been working in TV lately. And he's on Twitter, where he calls himself a musician and muffin maker!) 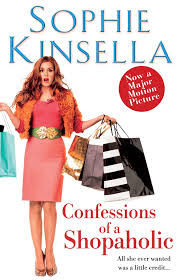 This may be the most controversial book in my collection. And I'll admit, even I am not thrilled with it. At the time I bought this book the movie was coming out soon. I hadn't read any Sophie Kinsella yet, but I wanted to give it a try, because the film looked cute. I was leaving for a business trip the next morning, and this was the copy available at the store. Isla Fisher looks adorable on the cover, but... What bothers me most about this book cover now is that it doesn't match the rest of my Sophie K collection. And that, more than it being a movie book cover, is what offends me most.

(See, I have my weird things.)

The most recent addition to my collection of movie cover books is... 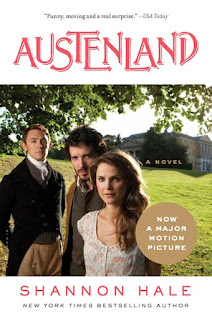 Which I just bought over the summer. It was on a table of bargain books (I'm an awful person who shops sales, I know), and I decided I had to have it. Plus... I kind of like this cover. We've got the Mr. Darcy-like character, the rake, and Keri Russell looks great. I have zero problems with this cover, and it actually reminds me of how much I enjoyed the movie, which I need to add to my collection, too.

Basically this all boils down to a few things. I'm cheap. I'm lazy. I'm shallow enough to get caught up in looking at male eye candy on my book covers. But, on the positive side, I'm not someone who judges a book by its cover. While I appreciate a well-designed cover for the art that it can be, I care more about what's happening on those pages.

So there you have it, one of my deepest, darkest secrets. I hope we can still be friends.