It's been a while since I shared any of my old travel tales. Since I've been feeling a little nostalgic lately, today seemed like a good time to talk about my first business trip as an alleged grownup. (It was this three-year period of constant travel that actually inspired Hard Hats and Doormats.)

After completing a summer internship at a newspaper in Carbondale, Illinois, I started my first full-time job in August. I worked for a company that wrote and produced newsletters, online content, and some multimedia products for various industrial customers, particularly Class I railroads.

When my boss asked if I'd be willing to take a trip to West Texas to gather some news for a few newsletters (four, actually), I jumped at the chance. I'd been to Dallas once in high school, but I knew there was a lot more of Texas to explore, and I was eager to check it out. 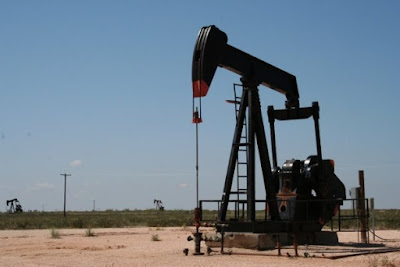 I arrived in Lubbock, Texas, on a Tuesday afternoon. Not entirely sure what to do with myself now that I was out in the field, I drove around the town to see if I could find the various railroad locations I would need to visit on my last day. I also stumbled upon the Texas Tech campus, which was kind of exciting at the time, because Nebraska was still part of the Big 12, and they were one of our southern rivals. Still feeling pretty nervous about what I was doing, I drove to Amarillo. It was after five when I arrived--and unfortunately the GPS I was given didn't work, which made navigating a new area tricky. At the hotel I picked up a map and did my best to figure out where the yards I needed to visit would be based on what the tracks looked like. (This was before I had a smart phone, and my laptop's wireless card didn't work either.) 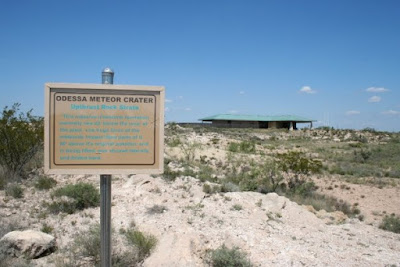 Despite being pretty scared about what I would fine when I actually wandered into a rail yard, after dinner I made myself go to one of the yards to interview night crews. I didn't get many stories that evening--mostly Q&As and a short business-type piece--but it was a start. The crews there told me a little more about how the different yards in town worked and where I would be able to find the different buildings I needed.

The next morning I started with some Mechanical crews. This was a jackpot. It had been several months since they'd seen a corporate journalist at their location, so they had a stream of employees of the month, new hires, and safety procedures to discuss.

During my morning with them, I had a piece of pecan pie and was given the chance to operate a locomotive through the shop. If I was scared about having to interview strangers, I was terrified to do this. For one, I was afraid we would get in trouble. (I'm still not entirely sure whether it was totally okay for me to be behind the controls, but it's way in the past.) My other big fear was that I would break a lever or some such. That earned me a lot of laughs, because all of the men in that shop assured me that it would take a lot more than me to break anything in the cab.

This also marked the first time in my life that I witnessed men spitting chew into clear plastic bottles. Little did I know, this would become something I'd see everywhere I went the next few years. It also became one of my biggest pet peeves, because it really grossed me out to have someone spit brown juice while I was talking to them.

The rest of the week flew by quickly with my confidence in the field growing. I made sure to stop when I saw something interesting to experience--even if it was only fifteen minutes to stretch my legs--and I could already feel the inspiration for future stories coming to me. 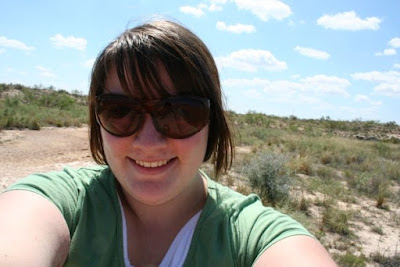