It's September! In my world that means watching football, picking apples, and trading out my flip-flops for boots. This September will also be exciting, because I'm releasing First & Goal on September 9, completing edits on my upcoming holiday novellas, and making edits on the sequel to F&G. (Because I'm a little unhinged, I may or may not be working on a new writing project as we speak.)

Even though my dance card will be brimming with my own stories and beloved fall activities, I also hope to check a few books off of my to-be-read list.

Here's a look at a few of the books at the top of that list this month: 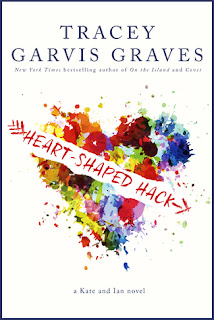 When Kate Watts abandoned her law career to open a food pantry in Northeast Minneapolis, she never dreamed it would be this difficult. Facing the heartbreaking prospect of turning hungry people away, she is grateful for the anonymous donations that begin appearing at the end of each month. Determined to identify and thank her secret benefactor, she launches a plan and catches Ian —a charismatic hacker with a Robin Hood complex—in the act.

Ian intrigues Kate in a way no man ever has. But after learning he’s snooped around on her personal computer, she demands retribution. Impressed with her tolerance and captivated by her spirit, he complies and begins to slowly charm his way past her defenses. Time spent with Ian is never boring, and Kate soon finds herself falling for the mysterious hacker.

But Ian has enemies and they’re growing restless. In the hacking world, exploiting a target’s weakness is paramount, and no price is too high to stop an attack. And when Kate learns exactly how much Ian has paid, she’ll discover just how strong her love is for the man who has hacked his way into her heart.

Why I'm Excited for This One: I'm a pretty big fan of TGG (examples of fan-girling here, here, and here) and will give anything she writes a read going forward. It's as simple as that. :) 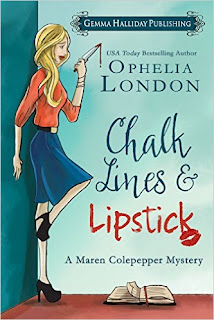 Maren Colepepper thought she had it all: a career at a fashion magazine, a successful boyfriend, and a glamorous New York lifestyle. She thought wrong. When her glamorous life suddenly goes belly up, Maren finds herself forced to take the only job she can find at a small town newspaper in the tiny northern California hometown she fled ten years ago.

While Maren expected her new job in no-wheres-ville to kill her with boredom, She never expected to be front row to a shooting on her very first day! Worse yet, Maren is knocked unconscious at the scene, and when she comes to, the body has gone missing and she's been scooped by another reporter. Talk about a bad first impression. Now Maren is hot on the trail of the story of a lifetime, involving a shady lumber mill and the foresting of old-growth redwoods—a ginormous crime in her neck of the woods! Between her suddenly flirty new editor, her supremely hot new neighbor, and a lovably meddling family, Maren find small town life anything but boring. But if she can't find the shooter before he strikes again, it may even become deadly!

Why I'm Excited for This One: I'm in the mood for a good mystery--maybe it has something to do with the coming of Halloween. I've not only heard great things about this one, but I'm a big fan of Ophelia's through some online writing groups where I've had a chance to interact with her. This one sounds like a winner.


The End Game by Kate McCarthy 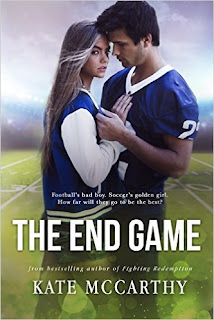 “Professional athletes are pillars of their respective communities. They are heroes in the eyes of boys and girls and are expected to conduct themselves in a manner that positively represents their community.”

The public loves a good scandal. Seeing someone fall from the pinnacle of success makes a great headline. No one knows that better than I do. What started out as a promising career in college football, spiralled into scandal and shame.

But being a hero is easier said then done. Especially when there are those who expected to see the great Brody Madden fail. I craved nothing except being the best—willing to do anything to prove them wrong. But I went too far, and I tried too hard, and it broke me.

“At the time of going to print, Jordan Elliott was unavailable for comment.”

I met Brody Madden in my senior year of college. An Australian native on an international scholarship, I was the female soccer sensation with stars in her eyes and no room for a hotshot wide receiver with a chip on his shoulder.

But a heart bursting with ambition and a driving fire to succeed isn’t made of stone. I became his strength, his obsession, and the greatest love of his life. Only I wasn’t there when he needed me most.

This is a story about love and a game that takes everything. Where the path to glory is paved with sacrifice. Where pressure makes you, or breaks you, and triumph is born in the ashes of failure. Where two people’s end game will change everything.

Why I'm Excited for This One: With my fantasy football-themed series coming out, you'd better believe I have football on my brain. I'm looking forward to giving this new release from an author I haven't read before the old college try.


Why Not Me? by Mindy Kaling 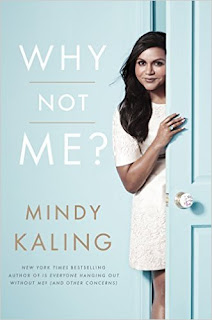 In Why Not Me?, Kaling shares her ongoing journey to find contentment and excitement in her adult life, whether it’s falling in love at work, seeking new friendships in lonely places, attempting to be the first person in history to lose weight without any behavior modification whatsoever, or most important, believing that you have a place in Hollywood when you’re constantly reminded that no one looks like you.

In “How to Look Spectacular: A Starlet’s Confessions,” Kaling gives her tongue-in-cheek secrets for surefire on-camera beauty, (“Your natural hair color may be appropriate for your skin tone, but this isn’t the land of appropriate–this is Hollywood, baby. Out here, a dark-skinned woman’s traditional hair color is honey blonde.”) “Player” tells the story of Kaling being seduced and dumped by a female friend in L.A. (“I had been replaced by a younger model. And now they had matching bangs.”) In “Unlikely Leading Lady,” she muses on America’s fixation with the weight of actresses, (“Most women we see onscreen are either so thin that they’re walking clavicles or so huge that their only scenes involve them breaking furniture.”) And in “Soup Snakes,” Kaling spills some secrets on her relationship with her ex-boyfriend and close friend, B.J. Novak (“I will freely admit: my relationship with B.J. Novak is weird as hell.”)

Why I'm Excited for This One: I'm such a big fan of all things Minday Kaling, it isn't even funny. When I found out she was publishing a new book, I instantly set an alert to pre-order the moment it was available. I loved her first memoir, and I have zero doubts I'll adore this one, too. I was also fortunate to receive some lovely related swag in advance of this release.