the story of my life

Throughout adulthood (i.e. in the years since I've graduated college), I've often considered what I would one day title my memoirs.

(As I've mentioned before, I've always had a healthy case of vanity. I'm one of those people who can't pass a mirror without gaping at her reflection and thinking, "My what pretty eyes you have" or "Maybe you should lay off the candy, sweetie.")

Vanity aside, I guess I've always assumed I would one day do something or be someone so important, other people would want to read a whole book about my life and how I came to be my brilliant self. I'm not there yet--I'm still filing the paperwork and figuring out what exactly my mark will be--but damn it if I won't keep trying. In the meantime, I'm keeping the idea fresh in my mind by mulling over potential titles and blurbs (while also acknowledging while that concept just won't do). 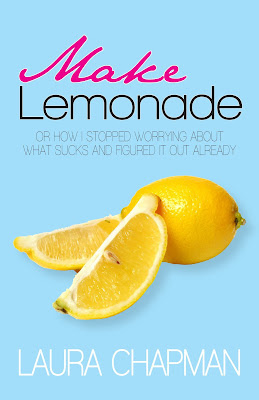 Title: Make Lemonade: Or How I Stopped Worrying About What Sucks and Figured It Out Already
Blurb: There are few stories more inspiring than that of Laura Chapman's own rise to fame and acclaim. But life wasn't always that easy for the best-selling novelist. In her new memoirs, Chapman details how she learned to look on the bright side of life and make the most from what she was given. The juice was definitely worth the squeeze.

Why it Won't Work: Aside from the fact that I'm still working on that rise to fame and acclaim, I'll admit, I still haven't quite figured out how to be an optimist. (I'm not a total pessimist either--more of a real house--the glass is a glass with something I may or may not drink.) 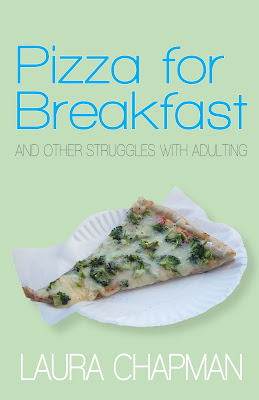 Title: Pizza for Breakfast: And Other Struggles with Adulting
Blurb: Growing up isn't easy. And learning how to adjust to the responsibility (and burdens) of adulthood is even harder. Best-selling author Laura Chapman shares hilarious misadventures and mishaps from her twenties and how they shaped her into the successful grownup she is today. She's come a long ways from eating pizza for breakfast. 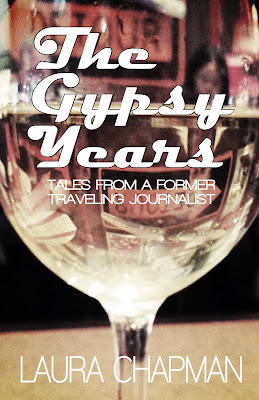 Title: The Gypsy Years: Tales From a Former Traveling Journalist
Blurb: When Laura Chapman packed up her Mazda Protege with suitcases of clothes and books for a ten-hour drive to Southern Illinois, she never could have imagined the life she was about to lead. After spending a summer living in a dive motel for a newspaper internship, she went on to become a traveling journalist, visiting more than 22 states and meeting hundreds of interesting characters. While each of these people had a story to tell, perhaps the most powerful and compelling was her own.

Why it Won't Work: Dudes, I knew I was forgetting to do something back in my travel days. I totally didn't take notes or keep track of everywhere I went or any of the interesting anecdotes from my time on the road. (Incidentally, I also led a pretty boring life out on the road. The most exciting things I did usually involved where I ate dinner once or twice a week.) 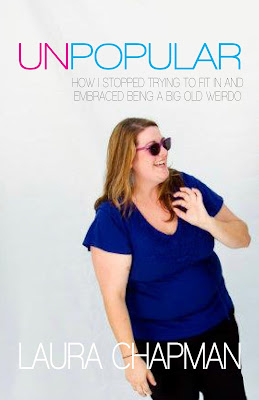 Title: Unpopular: How I Stopped Trying to Fit In and Embraced Being a Big Old Weirdo
Blurb: From an early age, Laura Chapman struggled to fit in with her peers. Never quite able to shed the invisible nerdy cloak drape over her shoulders, it wasn't until Chapman's twenties when she realized the gift she had been given. Now a best-selling novelist, Chapman shares why there is more to life than popularity and the importance of being happy with who you are rather than the person you aren't.

Why it Won't Work: I could maybe write a short essay about this, but even then I'd be a fraud. I am still totally obsessed with wanting people to like me. I need to have more happen to me, or something, if this concept is going to work. No one wants to read a book about the cats and I sitting in front of the TV for four hours watching couples argue about open concepts and paint colors on HGTV. That's hardly must-read drama. 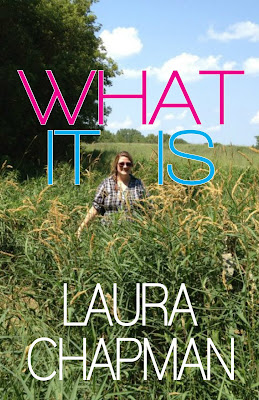 Title: What It Is
Blurb: Novelist and philanthropist Laura Chapman shares the harrowing story of her rise from obscurity to finding a home at the top of the best-seller charts. After securing professional success, she achieved full self-actualization as a leading human rights supporter and found true love at last with her husband, Michael Fassbender. Along the way, she meets a cast of quirky characters who help her embrace the world we live in while striving to make it a better place for future generations. A true Cinderella story, this is one you won't want to miss.

Why it Won't Work: Do we even need to break this one down? I didn't think so. It is "what it is," and crazy is as crazy does--or at least thinks.

And because I used it as the title of the blog post, I can't resist closing it out with this jam from One Direction.

Your Turn! If you were writing a memoir about your life,
what would you call it? What would it be about?