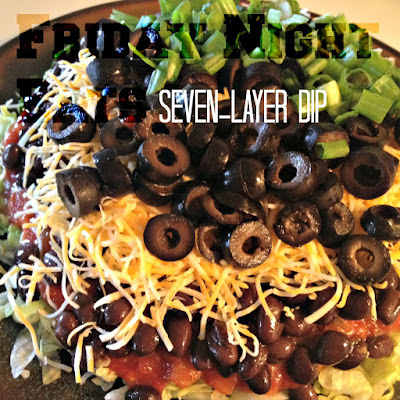 We're continuing my game day love affair with dips. They're a convenient and tasty addition to any watch party menu. They're typically pretty easy. You can usually do the prep work in advance, or the recipe only requires you to know how to open cans and pour out the contents. Dips also typically hold up well for several hours, which is important when you have a full afternoon and evening of games to watch.

There are few things I love more than a yummy seven-layer dip. As a concession to the pescetarian diet First & Goal's Harper Duquaine and I follow, I made this seven-layer dip without refried beans, which often contains lard or other meat-based fats. I also used some lighter ingredients, which means you can load up your plate without experiencing too much guilt. 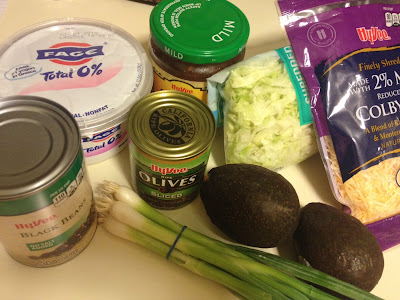 Directions
Layer ingredients on a dish in the order listed. It's really that simple. We're using fresh avocados, so I encourage you not to make this dip too far in advance to keep the dip fresh. 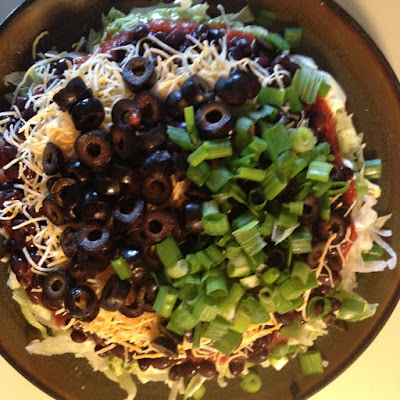 If you'll noticed, I only piled green onions on half of this plate. I grew up with two siblings who hate onions (it's weird--my other sibling and I love them), so we always tried to modify our recipes accordingly.

With the large pile of lettuce, this dip is actually delicious and filling on its own as a taco salad of sorts, but it pairs well with tortilla chips.