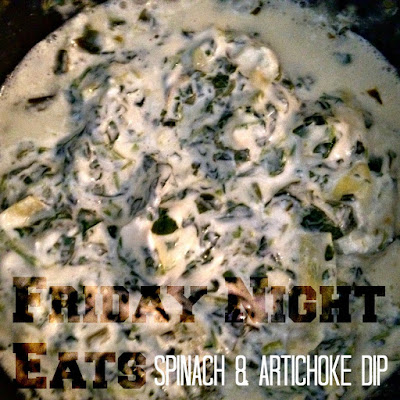 Dips are some of my favorite game day foods. I love them so much, we'll spend the next few weeks featuring great dips. I am particularly fond of spinach and artichoke dip. While I may love it, the calorie counting app on my phone does not.

Knowing that First & Goal's Harper Duquaine is also somewhat self-conscious of her own calorie intake, I figured this lighter version of a classic dish would pass her inspection.

For this recipe, pull out your slow cooker and embrace your love of cheesy goodness and easy cooking (it's all just opening up containers!). 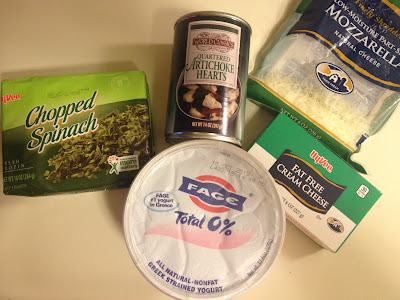 Directions
Turn slow cooker on high and combine all ingredients, excluding the cheese and cheese/tortillas. Stir occasionally and reduce heat to low after one hour. Stir half of the cheese into the mixture. Wait at least one more hour before serving and add the remaining cheese. 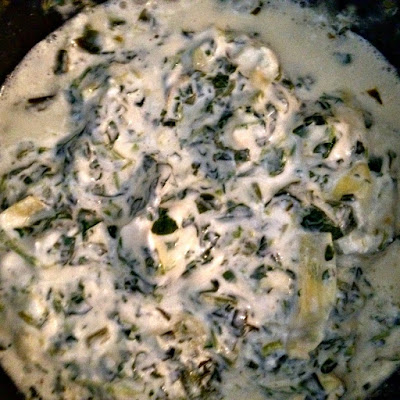 Out of everything I made for my First & Goal launch party, this dip was one of the biggest crowd pleasers. (I also learned that it's pretty tasty when served on top of the black and blue burger.)

This recipe is a definite keeper for me, and I'll make it again.