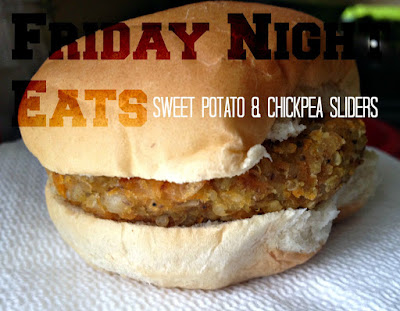 This season we've already tried a hearty veggie burger for our football watch parties (view it here), so this month I figured we should go for something a bit lighter. This veggie burger is made with sweet potatoes and chickpeas, takes a little bit of prep work, but holds up better than some of the other veggie burger recipes I have tried. Again, this is not a recipe directly featured in First & Goal, but it is very much like the one she munched on before going to a football game with one of her new friends.

(Unfortunately, I would also imagine J.J. and most of the other guys in the league would starve before allowing something like this to be served at one of their watch parties.) 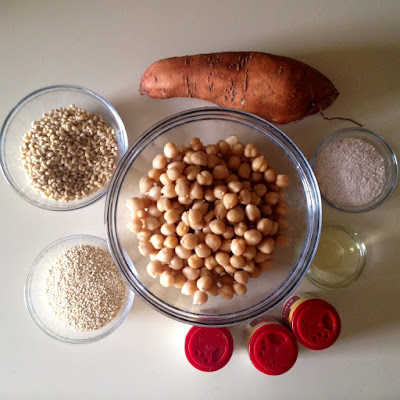 Directions
Prepare the ingredients (boil the barley and quinoa, bake the potato, rinse and dry the garbanzo beans). Combine chickpeas, sweet potatoes, olive oil, cumin, and salt and pepper in a food processor. Stir in barley and quinoa. Form into 12 equal-sized patties. Cook on stove over medium heat, flipping to evenly toast both slides.

Serve with your favorite toppings on a small bun or roll. 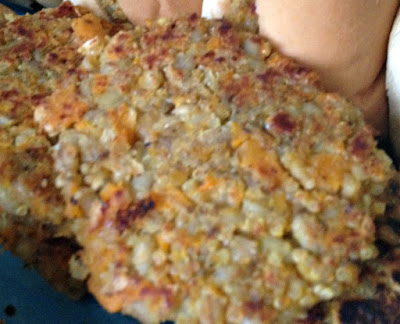 For a little something different, I made this recipe as sliders instead of full-sized burgers, which gave me 12 patties instead of six. You can make it in whichever size you like, though I found the sliders were a perfect size.

I served these at my launch party for First & Goal back in September, and they were a hit with my vegetarian and non-vegetarian friends alike. While I liked having this as a slider, it can also be served on romaine for a lower calorie/carb option.

Aside from your usual burger toppings, I also suggest trying this one with caramelized onions or roasted peppers for a sweet and savory treat. 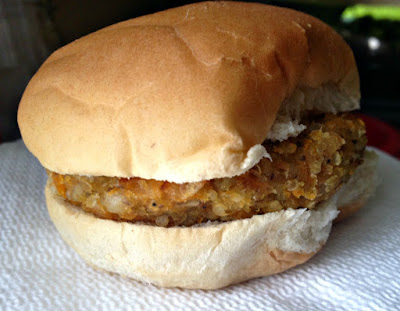