I am delighted to welcome Suzanne Nicole to Change the Word as part of her Chick Lit Plus Blog Tour for Unravelled in New York. In addition to checking out her interview below, be sure to enter to win a prize in the Rafflecopter below.

Change the Word: What was your inspiration for Unravelled in New York?
Suzanne Nicole: I wanted to write a contemporary story that spanned two countries … I love New York so thought it would be the ideal place to start.

CTW: What was your favorite part about writing this story?
SN: It was seeing how the characters began to interact with each other and also where they took the story. 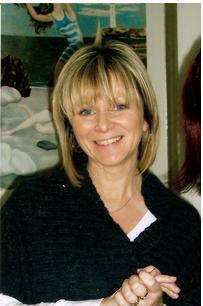 CTW: What kind of research and planning went into telling this story?
SN: It’s amazing where research will take you, you start off looking for one thing and you end up with loads of notes on something else – at one stage I was looking up carousels and I ended up finding out so much information about carousels all over the world and the history of them – it was insane hours and hours of carousel history for one scene.  I was also lucky enough to visit New York twice when writing the book and it was amazing to do research first hand.

CTW: If you could spend a day hanging out with one of the characters from this story, who would it be and what would you do?
SN: Well it would be a toss-up between Jack and Clark.  Jack because I’d like to try and break down his icy mannerisms (and he is my favorite – wait – am I allowed favorites?) and Clark because I think he’d be great fun to hang out with.

CTW: What are three things you need when you sit down to write?
SN: A quiet place, my notebook and computer.

CTW: When did you know you wanted to become a writer?
SN: I’ve always loved writing and reading, when I was in my final year at school I always wanted to write and teach dancing, a funny combination, but it’s kind of what I’m doing now … although it’s been a while since I left high school … sigh … so it’s taken me a while to achieve both.

CTW: Where is your favorite travel destination?
SN: Oh so tough … maybe New York, London and Paris … in Australia anywhere near a beach. 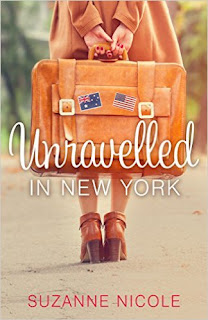 CTW: If you were stranded on a desert island and could only take three books with you to re-read over and over, which would you choose and why?
SN: Pride and Prejudice –  I just love the wit and it’s so clever, I find something new in it every time I read it. I loved the Twilight series … I read it maybe four times … so maybe I would have to say it’s a favorite and the Outlander series by Diana Gabaldron, when I found this series I seriously read it about three times (well the first four books anyway) back to back (I had a serious book-hangover afterwards) I had a newborn at the time and I remember doing a 4 am feed putting him to bed and then I would still be up reading an hour later … addictive reading right there.

CTW: What is one piece of advice you would offer up to someone who wants to write a book?
SN: Just start! I’ve learnt so much through this journey and loved it all – even the frustrating moments.

CTW: What is up next for you in your writing career?
SN: I have kind of started my next story … another contemporary romance set this time in Australia but with a global connection as well.

About the Author
With a passion for reading and writing Suzanne has been creating stories all her life through both her writing and dance teaching. Suzanne is a graduate from IMEB (Aus) and is a member of Romance Writers, Australia, she is also a qualified and registered dance and drama teacher. When she is not bombarding family and friends with story ideas she can be found in front of a class of students teaching dance or curled up with a good book. She loves romantic stories, angsty reads and dark-haired heroes. She also loves travelling, her recent highlights have been her trips to Los Angeles, New York and Boston and she dreams about going back there soon. Suzanne lives in Sydney, Australia with her husband and three gorgeous boys.

About the Book
Sydney journalist Charli Cooper is making major changes in her life. She has no idea what destiny has in store for her as she moves half way around the world for a fresh start.

Jack Manning is everything Charli shouldn't want. He is arrogant, cocky and use to getting what he wants. He has no time to deal with an inexperienced journalist who has no idea of the New York social hierarchy.

As she unlocks the truth about Manning and his empire, she realises all is not as it seems and if she digs deep enough, she might just find the story she has been looking for. She has to make a decision between her ambition and her heart.

Will the secrets they both hold cause their delicately poised relationship to crumble?

Can one mistake unravel their lives?


Buy the Book for only 99 Cents During the Tour!
Amazon