'what happens at midnight' the soundtrack

As promised, this week we're back with my imagined soundtrack for What Happens at Midnight, my second novella in the recently released collection, All I Want for Christmas. 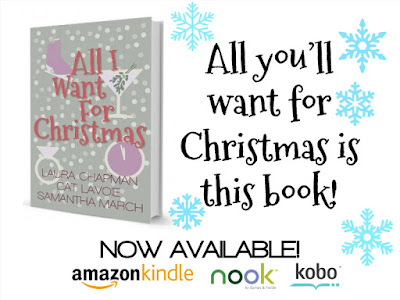 Here's the scoop on What Happens at Midnight:


Romantic comedy junkie Natalie lives out those fantasies in real life three New Year's Eves in a row when fate throws her together with the same handsome stranger. A heartbreaking turn of events leaves her swearing off of love, forevers, and the holidays (bah humbug). That is until the mystery man from her past reappears years later. Over a holiday season, Natalie struggles to reconcile the whimsical notions of her past with the practical sensibilities she has worked so hard to develop. With the countdown to a new year looming, she must decide whether or not she is willing to give happily ever after another shot.

Same drill... these songs are in no particular order--mostly just in the order in which they were added to the list. I will note that though "XO" by Beyonce was the last one officially added to the playlist, I probably listened to this song 100 times while I was writing this story. I've blogged about this before, but sometimes I listen to the same song on repeat while I write a scene to set the mood. And this particular number just seemed to fit for a lot of Natalie and Rob's story.

This is a story I attempted to write a couple of times during the past eight years. (I started my first draft while working as the night reporter at my local newspaper during the holiday season my senior year of college. I didn't get far, but every year after, I'd pick up the concept and start over. This year I finally managed to do it.) So some of the songs have been part of the playlist for a long time.

Regardless, I hope you'll enjoy listening to these playlists while read the story or before or after if you're just hoping to get in the holiday spirit--though not all of the songs fall under the heading of Christmas music.

Find it on Spotify


I hope you enjoy these tunes (which are in no particular order) while you read this story! Check back next Friday for the playlist for What Happens at Midnight.