12 days of reading: 'down the rabbit hole' by holly madison 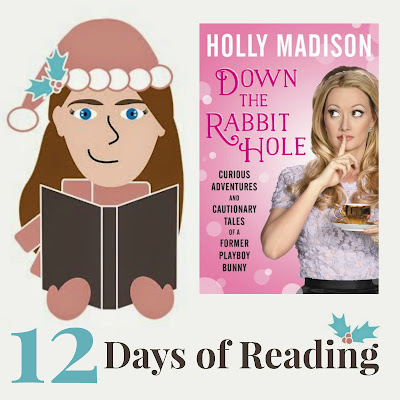 Day 8: Down the Rabbit Hole by Holly Madison

The college student in me who binge-watched episodes of the Girls Next Door (then for the next couple of years sporadically followed along additional adventures in Holly's World and Kendra) couldn't resist reading Down the Rabbit Hole: Curious Adventures and Cautionary Tales of a Former Playboy Bunny by Holly Madison. 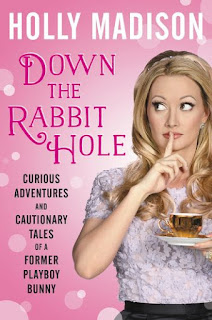 A former girlfriend of Hugh Hefner describes how her years inside the Playboy Mansion went from a fairytale of A-list celebrity parties to an oppressive regime of strict rules, scheduled sex, and a total loss of identity, so much so that she even contemplated suicide.

I received what I expected from reading this book--the revelation that what happens behind-the-scenes if a reality TV show isn't what you see on screen. I'll admit, I anticipated more dirt and flat-out name-calling, particularly with the outcry of contempt from some in the Playboy camp. I was also a little surprised by how much of the story took place after she left the mansion, but that was some of the most interesting to learn about.

I also know that this is only her side of the story, and we always know there are three sides: what he says, what she says, and the truth. And what she says made for an easy read that reminded me of the guilty pleasure I gained from tuning into E! regularly in the pre-Kardashian days. Fans of the show (and maybe even light beach reads) will likely find this entertaining of at least interesting.