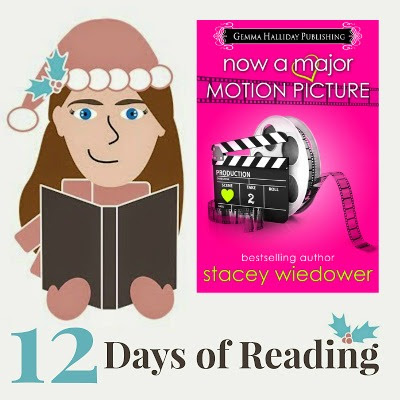 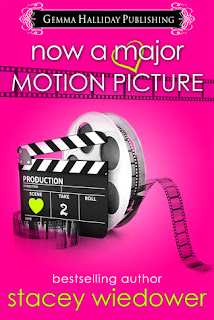 Eight years after her fiancé's betrayal rips her world apart, Amelia Wright is at the pinnacle of career success. Using heartbreak as her muse, she's authored Shattered, a best-selling dystopian series that's headed for the big screen. Though she writes under a pen name, she's secretly scared Noah Bradley, her ex-fiancé, will recognize himself in her work, and, worse yet, realize she's never moved on.

But in a world of Instagram and iPhones, Amelia quickly learns it isn't easy to hide in plain sight-especially after a paparazzo steals a shot of Amelia in a steamy encounter with the star of her upcoming movie. At the height of the tabloid frenzy, Amelia uncovers a secret about Noah's betrayal and finds herself faced with a choice. Will she move forward with her new life of Louboutins, limos, and bullying paparazzi or succumb to the pull of a past she thought she'd finally written off?

Now A Major Motion Picture is a fun and fast-paced story about a woman coming to terms with old heartbreak and learning to love again while also dealing with becoming an instant celebrity based on the success of her works.

I loved the premise of this book. It spoke to me both as a writer and as a huge fan of epic book-turned movie franchises, like the Hunger Games (which we just bid farewell to with the final installment of the series). I'm also a longtime sucker for stories about the one who got away. While the concept drew me to the story, Amelia, Noah, and the rest of the characters kept me turning the pages to find out what happened next.

Intriguing and fast moving, this story kept my interest through the end and didn't disappoint. I'd highly recommend this read for my fellow chick lit fans who have an appreciation for behind the scenes glimpses of the real world meeting Hollywood.