Today I'm pleased to welcome Andrea Murray to the blog for an interview as part of her Chick Lit Plus blog tour for Contra. Be sure to enter to win one of two ecopies of book one in the series by checking out the details at the end. 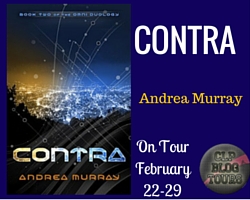 Change the Word: How did you develop the dystopian world in which this was created?
Andrea Murray: A student inspired this one, and I just couldn’t let it go. It began with a discussion of Greek/Latin root words. The root was “omni,” which basically means “all.” I’d just read an article about censorship, so the discussion branched to governmental control of citizens. I created the society, in part, from our own society, where entertainers like sports heroes and film stars make unfathomable amounts of money while many families can’t even pay their utilities. I created the world of Omni first then looked for a protagonist to drop inside it. My nephew inspired that part. When he was a seventh grader, he was my student, and he loved our study of Greek mythology. He happened to call and ask me a mythology-related question about a movie he was watching, and that led to my choosing the story of Paris and Helen. Those myths are tried and true, and unfortunately, I’ve seen a decline in the study of them. So, I decided to revamp that one, put it in an ultramodern society, and let it happen. 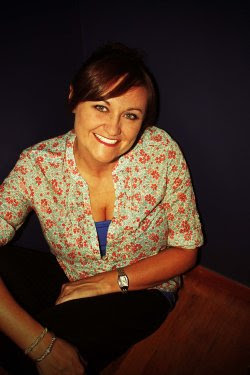 CTW: What was your greatest challenge writing this story and how did you overcome it?
AM: I did a considerable amount of research for Omni and Contra. I've read the The Illiad, of course, and the basic story comes from that text. The story is based on the love a Paris and Helen and the ensuing problems from that love, but it's set in an ultramodern society of the future where the government controls everything, from the birth of children to your career. My most difficult challenge came from taking and remodeling that ancient story. Collapsing that tremendous story into a manageable size induced some hair pulling and moments where I wondered why I was doing this to myself. I outlined, scrapped it, reoutlined, and rejected many avenues until I finally came upon something workable.

CTW: What was your favorite part about working with these characters again?
AM: I always enjoy watching the evolution of a character, and Harmony’s evolution surprised me. I hadn’t intended to make her stronger in Contra, but it just sort of happened. She became more empowered as the novel progressed. I always thought of her parent-character (Helen of Troy) as a pawn, a toy traded between powerful men, but Harmony isn’t that way at all--at least not anymore.

CTW: Growing up, what were your favorite books?
AM: Honestly, I wasn’t much of a reader growing up. I do remember enjoying mysteries, like Encyclopedia Brown and even Nancy Drew. As much as I love sci-fi and paranormal, I’m shocked I wasn’t drawn to the genre early. 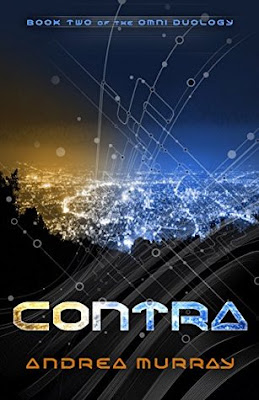 CTW: What is one piece of advice you would give to your teenage self?
AM: Stop worrying! I was such a worrier when I was that age. I worried about my grades, my friends’ opinions about me, my after-school job--you name it! I would tell myself to stop worrying and just have fun. I don’t remember a lot of “teenage antics” because I was so serious all of the time.

CTW: If you could travel anywhere in the world for one week--and money was no object--where would you go?
AM: That’s easy! I would go to the UK. I’ve always wanted to go there and visit all that history! Whenever I read historical novels, those are my favorites. I would explore London then travel to Edinburgh followed by pretty much anywhere in Ireland. I’d hit all the touristy spots and take in as many castles as possible.

CTW: What's next for you and your writing career?
AM: I'm taking a different route with my newest novel. I'm currently working on a ghost story! I'm excited about this one but nervous because I haven't written horror fiction before now. I've been watching a TON of scary movies and paranormal shows to try and "research". As crazy as it sounds, I think I might live in a "haunted" house. Lots of strange things go on in my home, and I've even drawn on a few of those for inspiration. Things get relocated with no explanation. We hear voices and even music sometimes. Our television will turn on in the middle of the night, and once I watched the toilet paper unroll by itself. When I tell people about it, I get to reactions: “You don’t seriously believe that” or “I would move.”  I’ve lived with it for twenty years, and I wanted to explore it through the eyes of someone who has never experienced the weird things I have.

After barely escaping death in Omni, eighteen-year-old Pierce has left behind his place in the Artist stratum in exchange for sanctuary with his family. However, when Harmony goes missing, he can’t help but think it’s just another ploy of the Omni government to force him to return.

With Harmony on her own, the two must find a way back to each other while battling against the full might of the government, but one powerful official is determined to keep them apart. Bent on revenge, Pelagic will stop at nothing to expose the secret of Pierce’s parentage.

About the Author
Andrea Murray has been teaching English for longer than most of her students have been alive. She has taught everything from elementary reading groups to concurrent credit classes. She is currently teaching junior high language arts. She has a BSE and an MA in English. She lives in a very small town in Arkansas with her husband of nineteen years and their two children. In addition to teaching, she also blogs on Chick Lit Plus, writes young adult fiction, and recently completed her fourth novel, Omni, a YA dystopian based on the story of Paris and Helen. Andrea has also written The Vivid Trilogy, a YA paranormal romance. When she isn’t doing that, she’s probably reading or watching bad B movies.