Today I'm pleased to welcome Phil Fragasso, author of Still Counting, as part of his Chick Lit Plus blog tour. Today we're talking about his new release, his favorite reads, what inspires him to write and more. 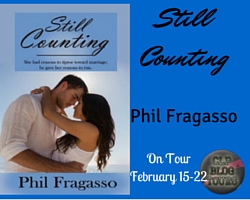 Change the Word: What was your inspiration for Still Counting?
Phil Fragasso: I’d always wanted to write a classic romantic page-turner like Erich Segal’s Love Story, but I wanted the story to revolve around contemporary issues (in this case sexual identity). My goal was to create a character-driven story that would make readers laugh and cry and provide some insight in the process.

CTW: What was the greatest challenge you faced while writing it, and how did you overcome it?
PF: I’ve often said that my tragic flaw is having too many interests. I’ve written in a wide variety of genres and my most recent work has been nonfiction. I have a literary agent who has sold my nonfiction books, but he handles very little fiction and declined to represent Still Counting. I tried to find another agent who specialized in fiction but couldn’t find any takers. Many of them said how much they liked the writing, but they declined primarily because I was an unknown in genre fiction. I loved the book and had decided to self-publish – but first tried some small independent publishers. That’s when Wild Rose Press and I discovered each other – and I couldn’t be happier. 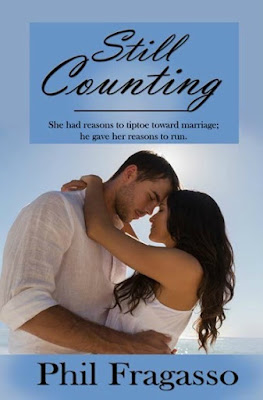 CTW: If you could spend a day hanging out with one character from Still Counting, who would you choose and what would you do?
PF: It would have to be Nina. She’s a remarkable young woman. Strongly independent beyond her years (she’s only 22). She’s a beautiful and sassy artist who knows exactly who she is and makes no apologies to anyone. I love people like that. I’d want to spend the day walking around Boston and Cambridge with her talking about whatever popped into our heads and eating at some of the cool restaurants and bars mentioned in the book.

CTW: What are three things you need when you sit down to write?
PF: First off, gotta have my MacBook Air. It’s weird how my writing process has changed over the years. When I started writing, I wrote on a manual typewriter. When I upgraded to an electric typewriter, I found I could no longer write with my fingers on the keyboard. Maybe it was the impatient hum of the motor, but I had to write longhand and then type it. When I moved to computers I was again able to sit at the keyboard and create. Now I have a hard time writing longhand – probably because I edit extensively as I write. Second thing would be a beverage. Usually coffee in the morning, diet Coke and iced tea in the afternoon, and whiskey in the evening (though not always in that order). Something about writing makes me thirsty. Why? Can’t say. The third thing would be a comfortable place to sit. That may sound strange, but I’m big on comfort. I can write most anywhere regardless of noise levels or lighting, inside or outside, just as long as I’m sitting comfortably. (And yes that means I can’t write while standing up. Tried but can’t do it.)

CTW: Where do you draw inspiration from as a writer?
PF: Everywhere. I have way more storylines, situations, characters, and plot twists than I could ever use. I can’t point to how or why, but the inspiration just pops into my head. Part of it is that I’m always open to new ideas and keep my eyes and ears wide open. 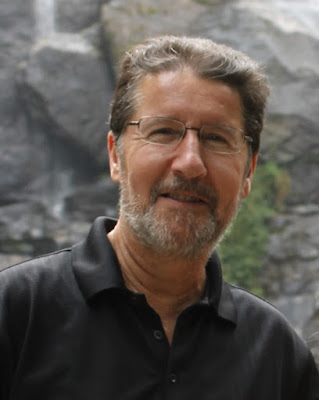 CTW: What are your three all-time favorite reads?
PF: “All-time favorite” is tough and limiting it to three is impossible. I’ve always had a soft spot for what I would call “mainstream/commercial literary fiction” – books like The World According to Garp, The Art of Racing in the Rain, The Help, and The Invention of Wings. They’re all funny, sad, and universally relatable. Also loved Still Alice and The Notebook – both of which combined stories of true love with the inevitability of aging and death.

CTW: What is the most important lesson you have learned so far as an author?
PF: Discipline is king. If you wait for inspiration, you’ll wait a long time and end up with nothing. I’ve learned to be very disciplined. When I wrote Still Counting I had an objective of at least 500 words a day, seven days a week. I wrote the first draft in about three months, and then edited and re-edited for another year.

CTW: What's up next for you and your writing career?
PF: I have another book, Going Both Ways, coming out on March 18 from Wild Rose Press. It’s a funny, gender-shifting paranormal romance. I’m currently writing two novels – a black-comedy and a road-tripper.


About the Book
Adam Donatello and Nina Morales share an immediate and powerful attraction, and their future together seems assured. But love is difficult enough without adding complications—real or imagined—to the mix. Nina sees life as a thousand shades of gray, while Adam tends toward black-and-white. He wants to move fast; she needs time. Nina sees her past liaisons with women as immaterial to their relationship, while her disclosure drives Adam to a state of irrational jealousy. He doesn't know how he could compete with a woman, and his suspicions—which Nina views as hypocritical—lead them both to make decisions they may live to regret.

About the Author
I sold my first article at the age of 16. Since then I’ve written and published a wide variety of books, articles and essays. After many years as a corporate marketer,  I left to pursue endeavors that were more fulfilling personally and more contributory on a societal level. Today I focus my time on writing and teaching. I’ve often said “I live the American dream” and that is indeed how I feel. With a wonderful wife, two grown children, great friends and a couple of rambunctious Labrador retrievers, I can’t complain about a damn thing.