Full of humor and suspense, the bestselling Java Jive series heats up as the irrepressible heroine of Death Before Decaf faces off against Nashville’s upper crust to solve a shocking murder. 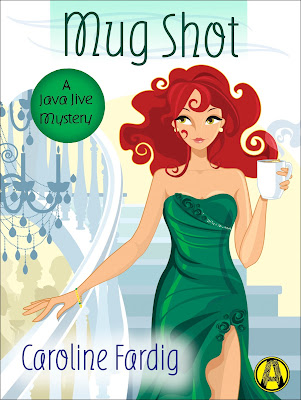 About the Book
Former musician Juliet Langley has barely had a day off since taking over management of the coffeehouse owned by her best friend, Pete Bennett. But there’s always more to be done—such as prepping for the annual Holiday 5K Race organized by Pete’s snobby socialite girlfriend, Cecilia Hollingsworth. This year, Java Jive has a booth right at the finish line, and since Juliet and Cecilia don’t always see eye to eye, everything has to be perfect. Nothing can go wrong. Nothing . . . like Juliet stumbling over Cecilia’s dead body on the morning of the race.

When Pete is arrested for Cecilia’s murder, Juliet sets out to clear his name. She’ll do whatever it takes—even if it means standing up to the police, her ex-boyfriend, and the grande dames of Nashville. But there isn’t enough espresso in the world for the greatest challenge in her path: infiltrating Nashville’s high society to uncover the hidden hotbed of scandal without running afoul of the law herself. With her last dime staked on Pete’s bail bond and her staff growing jittery, the last thing Juliet needs is for her trademark temper to land her behind bars. As time drips away, Juliet needs to crack this case before the killer comes back for another shot.


About the Author
Caroline Fardig is the USA Today Bestselling Author of the Java Jive Mysteries series and the Lizzie Hart Mysteries series. Fardig's Bad Medicine was named one of the "Best Books of 2015" by Suspense Magazine. She worked as a schoolteacher, church organist, insurance agent, funeral parlor associate, and stay-at-home mom before she realized that she wanted to be a writer when she grew up. Born and raised in a small town in Indiana, Fardig still lives in that same town with an understanding husband, two sweet kids, two energetic dogs, and one malevolent cat.