Blogger's Notes: Today Layne Gray is stopping by to talk about her book Crushed, which is now on tour with Chick Lit Plus. I hope you'll enjoy getting to know more about her and her story. Don't forget to enter to win a fabulous prize with the Rafflecopter below. Happy reading! 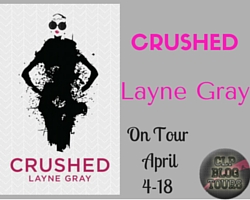 Change the Word: How did you get the idea for this story?
Layne Gray: I got the idea for the story because so many friends sent their friends going through divorce to me since I had been through it and came out on the other side in a good place and looking forward to new adventures. It made me realize that not everyone is quite as happy about having to open up a new chapter especially if it was not their choosing.

Secondarily I wanted to write a book for women over forty that was empowering. 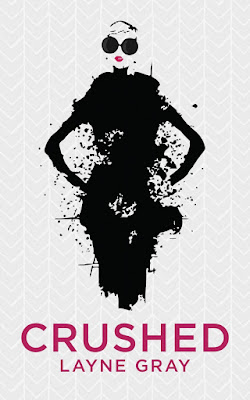 CTW: What was your greatest challenge during the writing process and how did you overcome it?
LG: Crushed was my first novel so I guess the biggest challenge was to create a fun, compelling story that still addressed some pretty big morals.

CTW: Which character would you want to meet for drinks? What would you talk about?
LG: I would love to have drinks with Gigi. Besides Grace, the main character, Gigi is so much fun. We’d talk about dogs, fashion and our favorite places to eat in New York and Paris.

CTW: Where do you find inspiration as a writer?
LG: For me inspiration comes from life, in general. Although the novel is not auto-biographical there are some snippets that found their way into the story that have some level of truth. It was funny, I had a reader say that a couple passages seemed unrealistic; ironically those happened in real life.

CTW: What is your favorite recent read?
LG: The Nightingale by Kristin Hannah.

CTW: Which authors do you most admire?
LG: So many. Kristin Hannah, Jojo Moyes, Liane Moriarty, to name just a few.

CTW: What is one piece of advice you'd offer aspiring authors?
LG: Find people who are willing to read for you and provide objective feedback. I asked my readers to fill out surveys at the end of each of the three parts and then an overall survey.

CTW: What's up next for you and your writing career?
LG: I’m working on the sequel to Crushed right now! Although I would like to believe the ending is satisfying it does lend itself to a follow-on book.  Lots of readers have asked for it so that’s exciting!


About the Book
After a decade of dialing it in on her marriage – subsisting mostly on school fundraisers and designer trunk shows – Grace, on a whim, surprises her husband at the airport, picking him up in nothing more than scant lingerie and a fur coat. But that backfires spectacularly. Hoping to help, Grace’s best friend tells her of a secret retreat for discarded wives—Finedale, where Grace just may be able to get back her confidence, build her self-esteem, learn a rewarding career, or even rediscover that hot sex needn't be a thing of the past.

Before long, Grace is orchestrating a new, fabulous life. Everything seems to be going brilliantly. But as cracks begin to appear the possibility of another, darker, truth behind Finedale catapults Grace into a role she never anticipated. 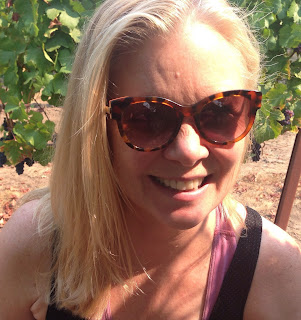 Layne Gray is an author, entrepreneur and experienced marketing strategist. Layne’s background is in technology marketing and she has worked for large companies, including as Director of UNIX Product Line Marketing at Oracle Corporation and Director of UNIX Application Marketing at Altos Computer Systems. She was the founder of LKE Productions, a global technology conference production company that ramped to over $20M in annual revenues.

Layne is a seasoned charitable fundraiser who has helped raise millions of dollars for local and national charities through events she has chaired and campaigns she has spearheaded. Bay Area beneficiaries have included the San Francisco Ballet, Junior League of San Francisco, San Francisco Zoological Society. National organizations include buildOn, UN Foundation Girl Up and Mocha Moms.

Born and raised in Oregon, Layne received a B.A. in Marketing and Statistics from the University of Oregon. She has taken the WSET Level 3 Certification and teaches wine classes around the country. Layne is an Emeritus Board member of the San Francisco Zoological Society and a sustaining member of the Junior League of San Francisco and the San Ballet Auxiliary. She lives in San Francisco and enjoys cycling, snow skiing and walking her dogs at Crissy Field.