One of my all-time favorite icebreaker questions to ask people this time of year goes like this: If you were a musician (any genre) what five Christmas songs would you cover when you cut your Christmas album?

I wish I could say I was able to pull some sort of meaningful insight into what this revealed about a person's character. That would be pretty cool, actually. Social scientists, please get on this PRONTO. But the reason I ask is because I'm curious, and because I love Christmas music. From Thanksgiving to Christmas (and sometimes for a week before the official start to the holiday season here in the U.S.) I listen to it all day every day.

As I listen, I spend a lot of time thinking about what songs I'd cover. Some stay the same from year to year, but they tend to rotate in and out. Sometimes it's just the songs that are on my heart or they might be ones that speak to me on a level. (How's that for insight.)

Oh, and I totally have an album title: A Cup of Good Cheer. A friend and I came up with it senior year of college (ten years ago almost to the day) and it stuck. For the sake of this post, I threw together a crappy cover, but, hey, it has some charm to it, right? 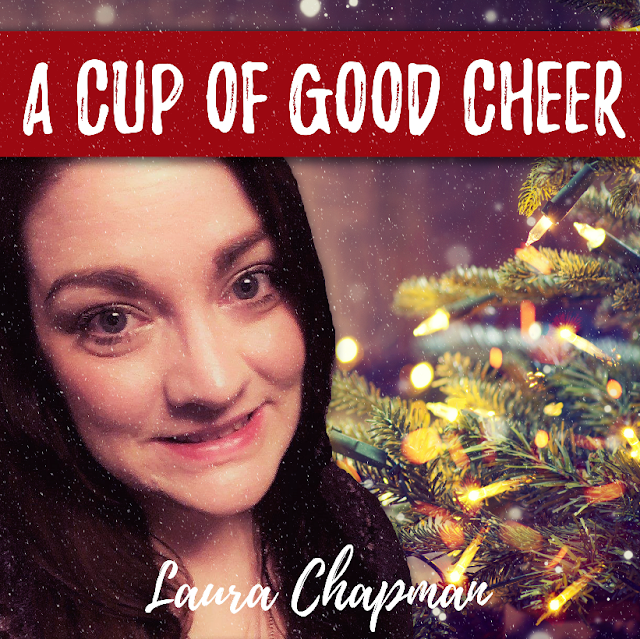 But what, oh what, is going on this year's version of the album? I'm not a stickler about the songs, either. They can be hymns, old classics, or new titles by today's big stars. All that matters is it's a song already produced by someone, somewhere, at some time. (You can save your new originals for the rest of the album!) For Christmas or the holiday season.

If I was making my Christmas album this year, the covers I'd include are:

1. Have Yourself a Merry Little Christmas


This has been one of my all-time favorite Christmas songs since I discovered Judy Garland in my single digits. There's something so sweet and sad and wistful about the way she does it. While I maybe didn't appreciate that as much as an eight-year-old as I do now as a thirty-cough-cough-one-cough-cough year-old, it's a classic, and I'd belt this puppy out.


One of these things is not like the other . . . This song is making its debut on my album, but not on my heart. I remember thinking this song was silly when it came out, but by high school it grew on me. Now, it's pretty much a classic, and for the life of me, I can't figure out why other people haven't done their own takes on this little gem from *NSYNC. Okay. It's still silly, but with all the other heavy material on my record, I really need to do something to lighten the mood. Paying homage to the greatest boy band of all time just makes sense. Even if it doesn't really fit with the rest. Shrug.


This is another long-time favorite of mine. Probably since I heard it in Home Alone. (I just had to run a Google search to make sure I wasn't imaging that a version of this song appeared in the movie. But sure enough, it's track number eight, covered by Southside Johnny Lyon on the soundtrack.) This is one of my favorite songs to "cover" when I'm driving to and from work. And, not to brag, but I kind of slay it. (Or should I say "sleigh" it. Oh, puns!)


I really came to know this song in college, when I was working at a UPS Store over the holidays and it came on the radio every few hours. It struck a chord with me then and every year, it resonates with me a little more. It was Stevie Wonder's wish back in 1967 and it's still my wish today.

5. What Are You Doing New Year's Eve?


This song has been a bit of an obsession of mine since I heard Zooey Deschenel and Joseph Gordon Levitt cover it a few years back. And, of course, there are amazing versions from Ella Fitzgerald and Harry Connick Jr. (two of my Christmas go-tos year after year). In my head, I'm every bit as sultry singing this as they are, so it's the perfect romantic number for my album. Maybe I'd do it duet style. My gut tells me to ask Michael Buble or Josh Groban, but I really don't want my song partner to overshadow me. So I'll have to do some talent scouting on this one.

So how about you? What songs would you include on your imaginary (or, hey, it could be real) Christmas album?