In case I haven't said it enough, my word for the year is "Balance." Between trying to live a healthier lifestyle and honing my professional words (day job and writing), I also wanted to make sure I was taking time to do the things I love. Reading and going to the movies are two of my great loves. I love slipping into different worlds and becoming totally entranced with a story--whether it's one I hold in my hands or see on the screen. The past couple years, I've been so consumed with stressing over my own storytelling, I've missed out on these other two loves. And I think it's actually hurt my storytelling. I need to read and watch to become inspired and better at my craft.

With that in mind, two of my second tier goals were to read more and to see more movies. To keep myself honest, I'll share a recap at the end of each month. So, without further ado . . . 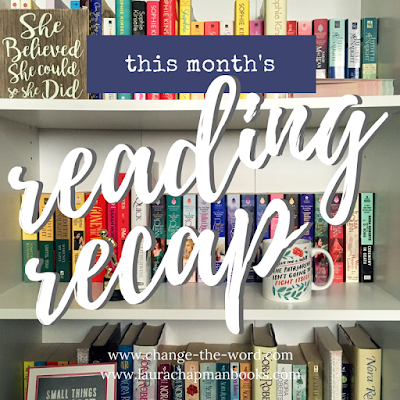 Not Another Bad Date by Rachel Gibson

With a new release by Rachel Gibson on my TBR list this month (more in a moment on that), I kept thinking about scenes from one of the first RG books I read years ago during my romance renaissance (Summer 2008-Winter 2011). What started as skimming a few spots turned into me re-reading the whole book for the first time in almost 10 years. I loved this series then, and while I still enjoyed it this time around, I can definitely tell my taste in leading men has changed. I'm also beginning to think that the real reason I'll never live a real-life rom com has less to do with general plausibility and more to do with my ability to really hold a grudge.

The Art of Running in Heels by Rachel Gibson

There was a lot I liked about this book. For one, I love the idea of meeting up with the children of some of the Chinooks we met years ago. Two, the hero of this book had a fantastic back story, and was a pretty stand-up guy (all things considered). Three, I'm a fan of reality TV meets romance. (Cough, cough, The Marrying Type.) But something about this story fell a little short for me. I can't even entirely explain it. Maybe it's me and where I'm at right now in life. Or maybe I'd built it up too much. Either way, I'll try reading this one again down the road to see if maybe a change of timing adjusts my feelings for it.

Need You Now by Nicole Helm

I had a tough time getting into this one. While there was lots to like (the set-up and setting) I just didn't connect with either of the leads in this one as much as I would have liked. Again, this could be me and where I am right now as a reader. I should maybe get my head checked out.

And . . . that's it for this month. I didn't read as many books as I'd intended, but that has a lot to do with what I'm reading right now: a massive historical non-fiction. I'm really enjoying it, but at 500+ pages, it's taking me some time. I'll be back next month (I hope) with an update. 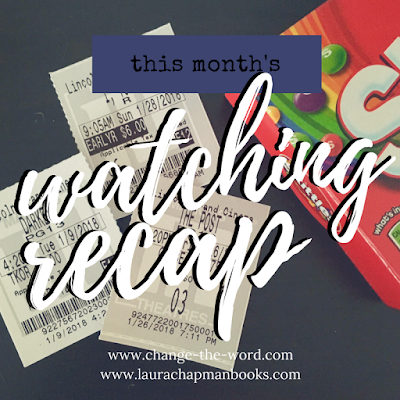 I paired this viewing with a rental of Dunkirk, all in one evening, which I highly recommend. Though I've heard some say it was a little slow moving, I found the time passed quickly. I particularly appreciated how the movie was broken down by dates (which really illustrated to this American how quickly Britain went from naming Churchill prime minister to the evacuation at Dunkirk). And though Gary Oldman deserves the praise he's received for his portrayal of Churchill, I found the supporting cast equally well performed.

About 15 minutes into viewing this rental at home, I regretted not making time to see it in the theater. Though there's virtually no background provided for any of the characters, this ensemble cast brought their roles to life and had me completely captivated and interested in their well-being, even though I barely knew their names, let alone anything else about them. I also appreciated the layered timeline and the attention to detail that went into creating an authentic look. When it was over, I spent much of the next week thinking about it and diving into research rabbit holes on both the Dunkirk evacuation and film. I'm also thrilled to say I'll have my chance to see this movie in theater when I go to a two-day theatrical event that plays all nine best picture movies. Score!

With a movie starring Meryl Streep and Tom Hanks, you really can't go wrong. With a stellar supporting cast that held their own with these two legends, I completely enjoyed this movie. The two hours flew by, and it took me back to my Mass Media Law class in college. This was another movie that sent me down a research frenzy. I actually fell asleep at my laptop reading up on the real-life people involved in the Pentagon Papers and beyond.

I, Tonya (in theater)

This movie was pretty much exactly what I imagined it would be. I clearly remember coming home to watch Hard Copy while Tonya Harting/Nancy Kerrigan drama prevailed. And it's one one of few times I remember my whole family sitting down to watch the Olympics together. Told in a campy light that was both funny and sad, I particularly appreciated how the movie's structure really pushed the point that there are no reliable narrators in most situations. Everyone has their own version and bias that they bring to the table. And, yes, Allison Janney is, and has always been, a treasure.

These Hallmark movies offered a nice break from the more serious (though entirely enjoyable) dramas I've been watching lately. My ranking for how I enjoyed these movies . . . is actually the order in which they aired.


Plus, I checked out several Old Hollywood movies, including Bringing Up Baby, Pride & Prejudice (Laurence Olivier), Gaslight and so on.

What have you been watching lately?