an interview with kathryn r. biel

Blogger's Note: This previously appeared in the January issue of my newsletter, "The Latest with Laura Chapman", where I will be featuring an interview with one of my friends each month. 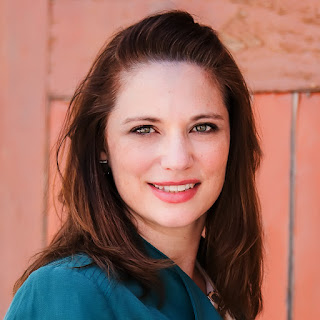 Like so many author friendships begin these days, women's fiction and romance author Kathryn R. Biel and I met online through a writer/reader group.

When my publisher suddenly closed its doors in October 2016, Kathryn was one of the first writers in my circle to reach out to me and offer support. As I quickly learned how to format my own ebooks and paperbacks and how to list them, she was always an instant message away and quick to offer suggestions based on her own experiences.

The day "The Marrying Type" topped an Amazon best-seller list, it was Kathryn who sent me the first message of congratulations. It was actually how I found out it had happened, because I was racing between an extended day at the office and an outing with friends.

Since "meeting" years ago online, we've gotten to know each other better and discovered several shared interests.

We're both avid football fans. (She cheers for the Ohio State Buckeyes and I'm a Nebraska Cornhuskers girl all the way. Unfortunately, that means that about once a year we have to set our friendship aside for the good of our teams, but we keep the competition friendly.)

We're both cat mamas to critters with pretty clever names, if I do say so. (Hers are Butch and Sundance and mine are Jane and Bingley.)

To relieve stress, we both play with yarn. (She knits, and I crochet.)
In an industry that is often tumultuous and competitive, Kathryn has been and a constant source of support and a cheerleader. I hope you will enjoy getting to know her, and her stories, better.

Laura Chapman: Your story ideas are so clever and original. How do you come up with them?
Kathryn R. Biel: My ideas come to me as bits and pieces of flotsam and jetsam that I collect, mostly as I’m listening to the radio or perusing the internet. I usually start with one concept (in the case of Paradise by the Dashboard Light, it was the good twin/evil twin idea) and then combine different concepts along the way. Although for my current novel, a friend came up with the concept and said, “Can you write this story for me?” It was a great story idea, so I hope it lives up to her expectations. 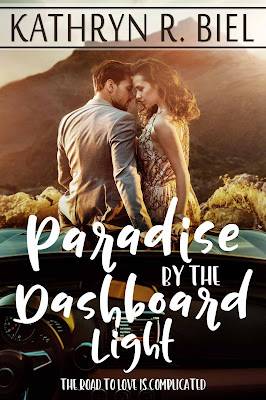 LC: You have been a great mentor to other authors (myself included). What is one piece of advice you’d give someone writing their first novel?
KRB: Get out of your own way. Just write the damn book. Don’t worry about sales or contracts. Get out of your own head and focus on writing a good story that people want to read.

LC: What kind of music do you listen to when plotting or writing your books?
KRB: Since my plotting tends to be random, the music is also. I usually have story ideas from songs I hear—like naming my main character in "Paradise by the Dashboard Light" Rio. It totally came from the Duran Duran song, which was on the radio as I was writing down my initial concept. I saw my “good twin” dancing in leather pants. I generally don’t seek out songs to fit my books. All of my book titles are song titles, but those songs themselves rarely have anything to do with the book. Some of my books have playlists with songs that remind me of the characters, but not most of them. I have a hard time listening to music while I’m writing though.

LC: What were a couple of your favorite reads from 2018?
KRB: 2018 was the year of audio for me, as my time to read (without falling asleep) somehow disappeared. I really enjoyed "Josh and Hazel’s Guide to Not Dating" by Christina Lauren. When I needed light, laugh out loud reads, I read "Summer at Sea" by Beth LaBonte and "Big Sexy Love" by Kirsty Greenwood. I listened to "The Hate U Give" by Angie Thomas and was blown away by it. Very powerful. And I’m currently (cont.) wrapping up a two-book binge of Kristin Higgins, my go-to author. No one writes strong, deep but funny characters like she does. "Just did Now That You Mention It" and am almost done with "Good Luck with That."

LC: What can readers expect from you in 2019?
KRB: I’m working on the first in a women’s fiction series that will have very strong humor and romantic elements. The series, "The UnBRCAble Women Series", tells the stories of women who have tested positive for the BRCA gene, which means they all have an incredibly high risk of developing breast or uterine cancer. Serious subject, but hopefully delivered in a humorous way (because if women going through this don’t need a laugh, then I don’t know who does). I’m hoping the first book, "Ready for Whatever", will be out in April. My other release for the year will be a women’s fiction drama with some psychological elements called "Suspicious Minds". Look for that in the Fall.

About Kathryn R. Biel
Telling stories of resilient women, Kathryn R. Biel hails from Upstate New York where her most important role is being mom and wife to an incredibly understanding family who don't mind fetching coffee and living in a dusty house. In addition to being Chief Home Officer and Director of Child Development of the Biel household, she works as a school-based physical therapist. She attended Boston University and received her Doctorate in Physical Therapy from The Sage Colleges. After years of writing countless letters of medical necessity for wheelchairs, finding increasingly creative ways to encourage insurance companies to fund her client's needs, and writing entertaining annual Christmas letters, she decided to take a shot at writing the kind of novel that she likes to read. Kathryn is the author of twelve women's fiction, romantic comedy, contemporary romance, and chick lit works, including the award-winning Live for This and Made for Me.