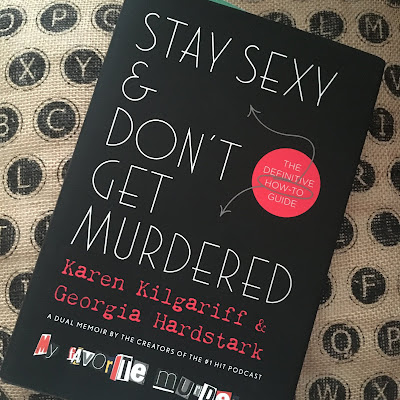 I don't know if we're technically halfway through summer yet, but I sure hope so. Like much of the U.S., it's been ridiculously hot here in Nebraska. (I know, I know. This past winter was awful. But I'd take my boots and scarves any day over this humidity.)

This hot weather has kept me inside (I'm delicate, aka a wuss), which has given me ample time for reading. Of course, it hardly feels like I've made a dent on my TBR list (to-be-read list). I constantly feel like I'm playing catch-up!

Still, here's a look at the books I've read since Memorial Day.

White Fragility: Why It's So Hard for White People to Talk About Racism by Robin DiAngelo

Back in April, I joined a virtual book club to read and discuss this book. After a few chapters and a few online meet-ups, life got in the way and the discussion trickled out. I kept with the book and just finished it. By no means an easy read, White Fragility delves deeply into what is probably the most important conversation we should be having, but is also one of the most difficult. The book addresses why that might be difficult and really opened my eyes to historical and contemporary factors involved with racism and prejudice. I highly recommend.

It has been seven years since I read the Fifty Shades series, and I figured it was time to revisit the books. A few of my friends and I had a Fifty Shades movie marathon (complete with games and treats) in June, and the timing seemed right. I still enjoyed the books seven years later. And this time, I read them paired with . . .

Told from Christian Grey's perspective, we revisit the Fifty Shades franchise. They cover the same time period as the original trilogy, but explore more of what's going on with Christian. I actually really appreciated figuring him out more. We see a lot of his past through a series of dreams and flashbacks. We also go into some of his therapy sessions. It all gave some perspective that showed he was more than a megalomaniac billionaire. And, yes, if Freed comes out, you bet I'm reading it. 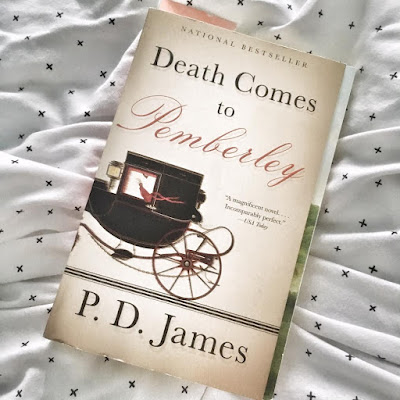 On a rainy weekend evening, I re-watched the BBC/PBS adaptation starring Matthew Rhys. (I miss him, and The Americans, which was my January/February binge.) Having watched the series a couple of times, I figured I should finally read the book. It wasn't quite as dramatic or angsty as  the TV adaptation, but I still found it enjoyable. Also, it fit the tone of Austen's books pretty well. My favorite part was getting a better understanding of Darcy's love for Lizzie, and the struggle that nearly kept them apart. I've been reading fan fiction since I was 12, and this met my Austen fan girl expectations.

As a fan of the "My Favorite Murder" podcast hosted by Karen Kilgariff and Georgia Hardstark (shout-out to my fellow Murderinos), I was eager to dig into their joint-memoir/self-help book. While it leaned more self-help than I'd imagined, I found myself emotional and inspired at several points of the book. While longtime listeners of the podcast will be familiar with some of the anecdotes shared, Karen and Georgia delve deeper and share some deeply personal stories from their past. A quick read that gave me feels and made me proud of these hilarious women.

This book maybe wins the prize for best cover of 2019. I adore it and the other elegantly illustrated covers in the trio. The first book in the series, we get the set-up. Three women wronged by the same man, who don't find out he was two-timing them all until he dies in a freak yachting accident. (As you do.) This second-chance romance of sorts was more emotional than I expected, with a more serious tone than some of Lauren Layne's other works. However, I liked that women's fiction feel and found myself anxiously flipping the pages to find out what happened next during the last half of the book. I laughed. I teared up. I pre-ordered the next book in the series.

Walk of Shame by Lauren Layne

I've had this romantic comedy sitting on my Kindle for longer than I care to admit. After seeing it pictured on Instagram over the Fourth of July weekend, I picked it up on a slow afternoon later that week. And I couldn't put it down. For fans of laugh-out-loud romantic comedies, and for those of us who still believe in the possibility of fairy tales and happily every afters, this story was perfectly, ridiculously adorable.

After falling down the Fifty Shades rabbit hole this summer, I thought a bit about the original source material (the Twilight trilogy). When a friend asked if I'd ever read the first part of Twilight from Edward's point of view, I realized I'd only read an excerpt. And I inhaled it. I don't know, as effective as a single first-person point of view book can be in storytelling, there's something satisfying about revisiting the story from a different perspective. Fact: If Stephenie Meyer ever finished the rest of this story and went on to tell the final three books in the series from Edward's POV, I'd totally read them. I'm also thinking a Twilight series re-read is in my near future.

My latest read, I heard about Howard Stern's new book in an interview he did on the podcast Conan O'Brien Needs a Friend. As a child of the '90s and '00s, I'm of course familiar with Howard Stern, particularly his days as a shock jock. But what I knew less about was the change in his interview style and personal life in the past couple decades. Part memoir, but mostly a collection of his favorite interviews from the past 20 years, I was intrigued by Stern's personal and professional development stemming from intense psychotherapy. Plus, as someone who enjoys honest celebrity interviews, this book delivered. 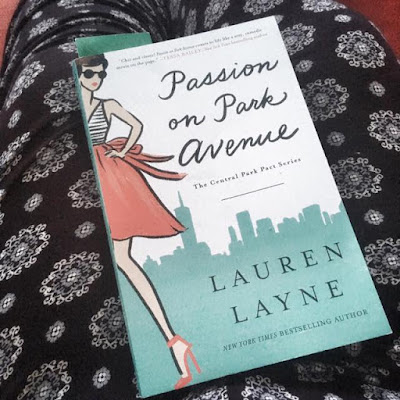 Summer Sisters by Judy Blume
The Bride Test by Helen Hoang
The Kiss Quotient by Helen Hoang
The Good Luck Charm by Helena Hunting
Meet Cute by Helena Hunting
The Mister by E L James
Josh and Hazel's Guide to Not Dating by Christina Lauren
The Prenup by Lauren Layne
Red, White & Royal Blue by Casey McQuiston
After by Anna Todd
The Accidental Beauty Queen by Teri Wilson

These are also on my list, but I may keep them for fall reading, because, yikes my list is long and giving me anxiety!:

What have you been reading this summer? Any new favorites? What's left on your summer reading list?