a little about 'go for love' 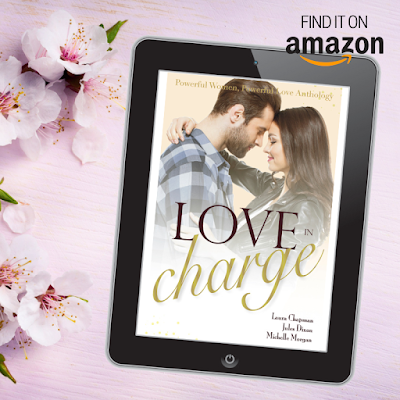 Sometimes I tiptoe around a story for a long time before it's clear. And often, once the idea comes to full fruition, I wonder how it took me so long to have the "aha" moment. Actually, it's less of "aha" and more of an "are you freaking kidding me? It's so obvious" moment, but a moment all the same.

Yes, friends, this is what it's like inside my head. Spooky, isn't it?

I definitely tiptoed around the idea of writing "Go for Love" the novella that is now available (for a limited time only) in the Love in Charge collection. While I technically brainstormed and outlined the story in March and April of this year, its roots go all the way back to my sophomore year of college.

But, I'm getting ahead of myself. For those of you who haven't picked up Love in Charge or "Go for Love" yet, here's the gist:

Days away from the launch of Global Office -- a startup that basically gives working professionals a chance to study abroad -- Sarah Burton needs help. The ancient wiring in her building keeps throwing the whole website and server offline, and she needs it in perfect shape before the website goes live. That's where Beck Spencer comes into play. A wiz at this sort of thing, he's the best man for the job. If only Beck and Sarah didn't have major history together.

Mayhem ensues. Two hearts get a second chance at love and adventure. We all live happily ever after.

So where do my college days come into play with that story?

I like to say I live my life without regrets. But like my whole attitude about embracing my writing process, that's more aspirational than factual. I do have regrets. I regret drama I stirred up back in elementary school. I regret not properly heating up a plate of chicken that gave me food poisoning over Christmas. And I regret that I was in such a rush to graduate from college, I didn't give myself time to pursue certain experiences. Particularly study abroad.

I started college in 2004 with a plan on how I'd graduate in four years. Still a high school senior, I went into the first meeting with my academic advisor with a plan, a contingency plan, and an "oh crap, nothing is going as planned" plan. He looked at my carefully sketched out notes and listened to my recitation. Then he said, "My goal is to help you relax and go with the flow by the end of your freshman year."

That bothered me enough I still remember it 15 years later. But, he wasn't completely wrong. By the end of my freshman year, I decided I'd picked the wrong major. I decided to be a journalist and transferred to a different college with an accredited program.

I transferred halfway through my sophomore year, and in that first semester at my new university, I did my former advisor proud. I went with the flow. I tried new things. I gained a bunch of weight eating plates of pasta and chicken tenders. But I also toyed with the idea of not sticking to a plan. And one of those notions was exploring the possibility of studying abroad. I was serious enough about it that I went to a couple of open houses and met with an advisor to find out how I could spend a semester in England.

(Okay, so I wasn't entirely letting myself loose. Once a planner, always a planner.)

For a few weeks, I had it all planned out. Somehow, I'd get my life together and spend the fall semester of my senior year abroad in England. Preferably London. I wasn't sure what classes I'd take, but it would all work out. I even decided I'd write a book based on the experience. At the time, I had a loosely outlined series that would follow a college freshman as she pursued a very Bridget Jones life (but in America and during college). Book 1 would be called "Freshman Fifteen." Book 2 would be "S'more Galore." Book 3 would be "Transferitis." And Book 4 would be "Abroad." (And, I think Book 5 was going to be "Bonus Year," but I really can't remember.) My world was full of possibilities, and I would be very happy.

Then I met with my academic advisor. As a transfer student, he made sure I knew what was at stake--namely staying on track to graduate in four years. Basically, as I was already coming into the program more than a year behind my classmates, there was no way I could get into all the required journalism classes and study abroad without adding a fifth year. That eager college-bound high school senior still inside of me shriveled. And by the end of my sophomore year, I'd abandoned the idea of studying abroad in favor of getting internships and experience at newspapers.

I've often wondered "what if." It doesn't do much good to ask that, but I can't resist.

Fast forward to last November. While in Australia, I came up with a trilogy that would combine some of my travel experiences with a couple of story ideas I'd been trying to work out. They'd be focused around a trio of women who participated in a program that allowed them to work overseas for three to six months like a study abroad program for adults. When that all came together, like I said, it was very "DUH, LAURA."

And what made it even more "Seriously, duh, Laura," was a couple months later when I was asked to participate in the Love in Charge collection. I was given the prompt of writing a story about a high-powered woman finding love with blue collar man. And in that instance, it clicked again. "Prequel to the trilogy. About the woman who created it."

From there, it was just a matter of working out the details. I knew it would need to be set with a ticking clock and a problem. That all fell together fast. Then, during a brainstorming session with friends, I added the second-chance romance component, because I knew I wanted them to have a strong connection but in a super short time-frame.

So there you have it. That's how "Go for Love" came to be. I hope you'll enjoy reading this story, the others in Love in Charge, and (hopefully in 2020) the rest of the GFL trilogy!

When this woman steps into a room, heads turn and people listen. Whether she's commanding a new business venture, coaching a collegiate football team, or diagnosing and healing people, she's focused, influential, and passionate, and she's not about to apologize for it.

But there is loneliness and fear she can't ignore, and questions soon follow. Is a second chance meant to be, when the first was a disaster? Is her distrust of all men warranted when only one has truly ever hurt her? Can she set aside an age difference to find love?

Most of all...when a man who is everything she's never realized she wanted is right in front of her, will she be ready for the biggest undertaking of her life?

Lose yourself in these three novellas of powerful women learning that sometimes love is the one in charge.


All earnings from this anthology will be donated to the GLSEN Omaha chapter. GLSEN Omaha's mission is to "ensure that each member of every school community is valued and respected regardless of sexual orientation, gender identity, and/or gender expression."

Available on Amazon in Paperback & Ebook

Email ThisBlogThis!Share to TwitterShare to FacebookShare to Pinterest
Labels: #behindthescenes, 2019, Go for Love