meet the hero of 'let it be me'

Blogger's Note: Let me take you behind-the-scenes of Let It Be Me. In addition to introducing you to the hero, James Mitchell, I thought I'd give you a little insight into my plotting process by sharing the unedited character sketch of him I developed before I wrote the book. Some details may have changed a little while writing and others didn't come into play. But it's still a pretty good look at the process. 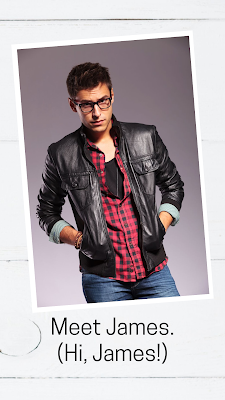 Physical Description: About 5-foot 10 inches with a slightly muscular build from running and boxing. Cropped brown hair with brown eyes. Frequently sports a five o’clock shadow. Serious expression with a strong nose and jaw. Great smile if you get a chance to see it. Arms and parts of his chest and back are covered with tattoos. Most are a nod to his ties back home and to his love of history. (List below in “Other.”) He has a small scar on his chin and knuckles from a football fight from his time back in Manchester.

Style: V-neck t-shirts (mostly white, black, and shades or gray and blue) paired with a variety of moto-style leather jackets. (He has an impressive collection of both.) Jeans. Chucks. Has a well-fitted dark gray suit and thin ties he only wears when he absolutely must. He wears his father’s thick wedding band on his right hand and his granddad’s watch.

Personality: On the outside he is serious and studious, almost to the point of curmudgeon. He doesn’t seem to suffer fools. On the inside he is a major romantic with a sharp—if somewhat dark—wit and sense of humor. All this—and his looks—make him appealing to students, faculty, and bar regulars alike. He pretends not to notice, but really finds both amusing and annoying.

Habits/mannerisms: He’s the last to arrive in class and the first to leave, always with earbuds in (which may or may not have any audio playing). He claims it is so he’ll get negative remarks to get him out of his contract, because he won’t interact with students. But a big reason he does it is because some of the students’ admiration makes him uncomfortable. His jaw clenches when he’s bothered or trying to mask emotion. He cracks his knuckles, which he hates. His playful (if somewhat vindictive) side comes out by playing a long-con practical joke on the colleague who married his ex.

Occupation: Long-term visiting lecturer (professor) at university specializing in early European (particularly British) history. Working on his second book (his first for the university press) and it’s past due. He has a guest stint on the local public television station to comment on historical Masterpiece shows. He finds it funny people consider him an expert on all British history, when his focus is medieval and some Roman.

Hobbies/interests: He hangs out at Amarillo Sour most nights. Ford subscribes to world football for him, because he’s such a good customer. He watches his beloved Manchester United there. (Will also do rugby, but he’s mostly a football guy.) He enjoys movies, Indiana Jones was his favorite. (Thus why he became a professor and wears a leather jacket—though he won’t admit it.) He boxes and runs for fitness. He would play soccer, but he has no patience for the pretenders in the local league.

Education: Pembroke College, Cambridge. He does not hold a PhD, which doesn’t bother him, but is a sticking point for others at the university. He’d really like to focus on research and learning rather than schmoozing and playing politics.

Family: His mum lives in Manchester with his step-dad and half-brother and half-sister, who are teens. He was close to his father and grand-dad, who both died when he was middle school age. He has a cat named King Henry (for the II not the VIII).

Usual drink: Loves a good cider or Pimm’s when he can get it, but usually defers to whiskey. Refuses to drink Guinness stateside.

Other: List of his tattoos: “1878” in an old-script font on the knuckles of his left hand (year Manchester United formed); a small rose over his heart with his ex’s initials in them in script. He intends to get it covered someday but hasn’t. He swears he’ll never put another woman’s name on his body again. (He does have it covered with a small symbol for Taylor in the end—no initials though, but pretty specific.); on his left sleeve he has the Union Jack and the Pembroke College shield (four and a half red birds with yellow, red, and blue markings) on his forearm; his right sleeve is the Manchester coat of arms (globe with bees, arms with ship, antelope, and lion) with the motto on it “Concilio Et Labore” (latin for “By Wisdom and Effort”) and the Manchester United logo (red devils with red and gold) on his forearm and some bees sprinkled along the way for MU. He has a sweep of wings with “Honour the charge they made” from Tennyson’s “The Charge of the Light Brigade” on his shoulder blade to memorialize his late father.

His hang-up on love: He followed a woman to the U.S. (They met while she was studying abroad and he was an assistant on a research project.) They weren’t engaged, but were engaged to be engaged. He started graduate school, but within a semester he was made a visiting lecturer when a vacancy opened and he proved to have more experience (plus a well-reviewed and -received book on history published). His girlfriend left him for another professor in the department. It crushed him. For a while he wanted to prove he was what he thought she wanted, but playing the game and pursuing tenure. It didn’t work. He was to return to the UK, but right now he’s under contract for two more years. 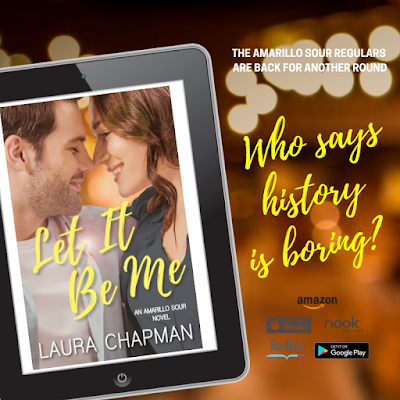 Who says history is boring?

Professor James Mitchell has a rock star reputation. With a waitlist for all his classes, a bestselling book, and the requisite leather jacket, the university and publisher are eager to capitalize on this British sensation. But after his girlfriend leaves him for another man, James goes from rising scholar to spiraling bad boy. Forget contracts and tenure, James wants out—of his job, book deal, and, better still, the country. He’s well on his way when his boss’s daughter walks into his favorite bar . . .

Aspiring filmmaker Ali Ferguson-Day doesn't scare easily. She’s been given the means to make a film of her own—on the condition she tames the professor. As the daughter of a famed documentarian and a renowned historian, she’s more than ready to step out of her parents’ shadows and shine on her own. She won’t let anyone—not even an unexpected charmer—get in her way.